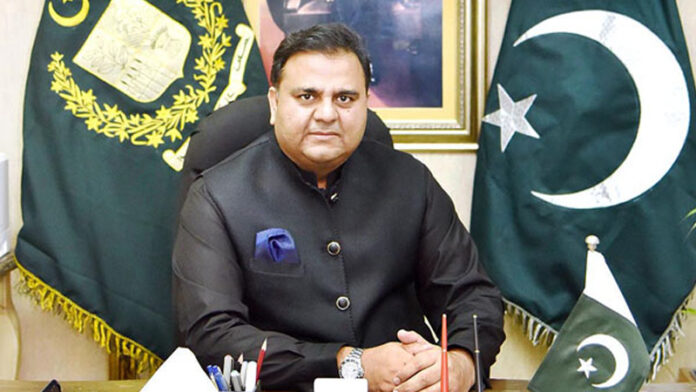 Talking to the delegation of Rawalpindi, Islamabad Union of Journalists (RIUJ) led by its secretary general and All Pakistan Newspapers Employees Confederation (APNEC) Chairman Muhammad Siddique Anzar, the minister stressed the need of promoting responsible journalism in the country and urged the journalists to avoid filing news stories out of context.

The minister said the responsibilities of media houses and government had increased manifold after the recent approval of Protection of Journalists and Media Professional Act, 2021. The input of all journalist organisations and journalsits were sought in the preparation of journalists and media professionals Act 2021, he added.

Fawad said favorite journalists and some media groups were awarded during the previous regime which was admitted by Pakistan Muslim League Nawaz Vice President Maryam Nawaz in her press conference.

Criticizing previous governments, he said journalists used to face unchecked killings and injuries at the hands of mafia in the past.

The RIUJ delegation condemned Maryam Nawaz’s confession regarding awarding favorite journalists and special media houses in previous government. The minister listened the problems of journalists and assured their resolution.

The delegation lauded the efforts of the government, especially Minister for Information and Broadcasting Chaudhry Fawad Hussain, Minister for Human Rights Dr Shireen Mazari for passing the Protection of Journalists and Media Professional Act, 2021 in protecting the rights of working journalists.