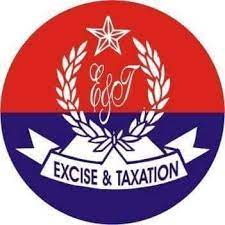 The Secretary Excise Taxation and Narcotics Control (ET&NC) Punjab Waqas Ali Mahmood has ordered an inquiry against Excise and Taxation Officer (ETO) Rana Aurangzeb on the issue of opening vend shops in Islamabad during the lockdown last year, Pakistan Today learnt.
Pakistan Today further learnt that the inquiry will be initiated under the Punjab Employees Efficiency, Discipline and Accountability Act 2006 (PEEDA) and an inquiry order has been issued by the secretary in this regard.
In his orders, the secretary accused the ETO to continue the sale of liquor at Pearl Continental (PC) Hotel Rawalpindi, ignoring the complete lockdown in the province in April, May and June 2012 during its deployment as ETO in Rawalpindi. However, during this period, the hotel management also paid a total of more than RS 4.4 million in duty (tax) even though the sale of liquor during this period was illegal.
“While posted as Excise and Taxation Officer (Excise), Rawalpindi, liquor was sold at vend shop of Pearl Continental Hotel, Rawalpindi under your direct control, during the months of April, May & June 2020, despite the complete lockdown imposed by the Government of Punjab. This is further corroborated by the fact that the vend fee amounting to RS 30,60,233, RS 9,29,866 and RS 4,50,000 during the said months respectively was deposited into Government treasury by the Management of Pearl Continental Hotel, Rawalpindi,” order said.
Similarly, the Secretary appointed Director ET&NC Dera Ghazi Khan as the Inquiry Officer in the case while Deputy Director Muhammad Sameer who was posted in Rawalpindi was appointed as DR in the inquiry.
“And whereas in the light of facts / preliminary probe of the case and in the interest of justice, it is necessary to hold an inquiry. I, therefore, appoint Mr. Muhammad Asif, Director, Excise and Taxation, D.G. Khan to proceed against the accused officer in terms of Section 5 read with the Section 9 of the Act Ibid and to conduct inquiry proceedings on the grave of misconduct and inefficiency. Mr. Muhammad Sameer, Deputy Director, Excise and Taxation, Rawalpindi, is appointed as Departmental Representative in terms of Section 9(1)(c) read with Section 12 of the Act Ibid,” letter stated.
Facebook
Twitter
Linkedin
WhatsApp
Email
Previous articleSHC allows Faryal Talpur to travel abroad
Next articlePunjab becomes polio-free province

The protests in Kazakhstan are completely unjustified, and show what a namby-pamby bunch the Kazakhs are. Just imagine, they’re protesting over the rise in...
Read more
CITY

As the fifth wave of the coronavirus gains pace in Pakistan, the positivity rate in Karachi has multiplied in one week to cross 10...
Read more
CITY

Lahore: An overseas Pakistani's house worth Rs20 million has been vacated from illegal occupants by the Overseas Pakistanis Commission (OPC), it was learnt on...
Read more
CITY

The rise and fall of Muslim League

Punjab reported 33 new cases of dengue during the past 24 hours, according to Primary and Secondary Healthcare Department (P&SHD) Secretary Imran Sikandar Baloch. In a...
Read more
- Advertisment -