The long road to power 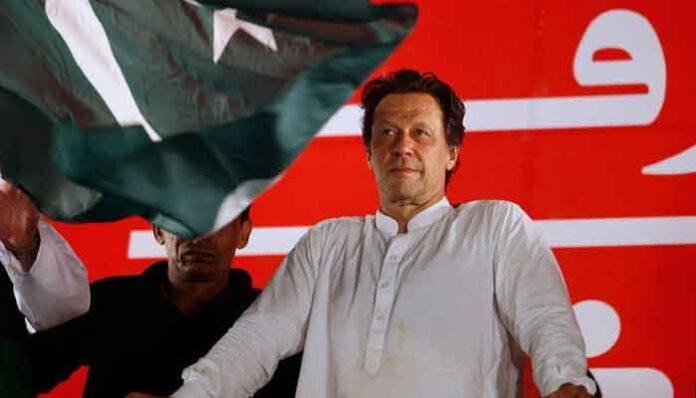 As a result of rhe general election held in Pakistan for 342 members of the National Assembly   on 25 July 2018, the present Prime Minister, Imran Khan, secured a total of 176 seats with 8 other allies who helped him in forming the government at the Centre. Although all opposition parties, including the PML (N), made charges of large-scale rigging, the other agencies and the European Union Election Observation Mission to Pakistan termed the overall situation of the general election as satisfactory.

In a post-election development Imran Khan took the oath of office of Prime Minister of Pakistan’ on 18 August 2018, becoming the 22nd Prime Minister in the country’s history and apart from making a full-fledged ministry, in major bureaucratic reshuffling appointed Lieutenant General Asim Munir as the Director-General of Inter-Services Intelligence. In more than three years Imran has largely experimented with his policies in the spheres of the economy and society, and in Pakistan’s relations with regional countries, along with the superpower, the USA, as well as Chinma, the top well-wisher of Islamabad in today’s context.

Recently, he became famous due to his preferential and growing friendship with the People’s Republic of China and simultaneous deteriorating understandings with the USA in more than one manner and openly supporting Taliban in capturing power in Afghanistan with Chinese help and Russian silent consent, at the cost of its relationship with Washington aon other democratic nations of the region and the globe as well.

Originally, Imran Khan was an international cricketer-turned-politician who was born on 5 October 1952, in a Pashtun family in Lahore, graduated in 1975, from Keble College, Oxford and also remained Chancellor of the University of Bradford in the United Kingdom from 2005 to 2014. He started his career as a cricketer at the age of 18 in a Test series against England and played the game till 1992 where he served as the Pakistan team’s captain between 1982 and 1992 and under his captaincy, Pakistan also won the Cricket World Cup, the nation’s first and so far only victory in the sphere.

After a career in cricket Imran turned to politics and founded a political party named, Pakistan Tehreek-e-Insaf (PTI) on 25 April 1996, began serving the party as its chairman, won a seat in the National Assembly in 2002 and represented Mianwali as opposition leader until 2007. Although his party, the PTI, boycotted the general election held in 2008 after the end of Pervez Musharraf’s regime,t in the subsequent general election held in 2013 his party participated and emerged as the second largest party with forming the government in Khyber Pakhtunkhwa province with coalition partners of the time.

Attached to the Taliban was the issue of US drone attacks and Imran was dead against these events. Being conscious of Pakistan’s cultural and religious norms he criticized political and economic elites who, according to him, had become Westernised and out of touch with the country’s traditional heritage. On other sensitive issues like ‘forced conversion’ and ‘the problem of Jammu and Kashmir’ between India and Pakistan he was then very clear of his views. He described the forced conversion of anyone including the Hindu girls in Pakistan as un-Islamic and considered the issue of Jammu and Kashmir as humanitarian rather than territorial.

From the beginning of his career Imran Khan was a popular figure and always remained in the public eye as a cricketer, a philanthropist and also as a believer in the ideas of poet-philosopher Muhammad Iqbal and the Iranian writer-sociologist Ali Shariati in his youth and generally described as a nationalist and a populist. His early proclaimed political leanings include: Islamic values to which he rededicated himself in 1990s; liberal economics, with the promise of deregulating the economy and creating a welfare state; decreasing the bureaucracy and the implementation of anti-corruption laws, to create and ensure a clean government; the establishment of an independent judiciary; overhauling the country’s police system and an anti-militant vision for a democratic Pakistan.

Now, after entering in politics he experienced a religious awakening, embracing Sufi Mysticism by shedding his earlier playboy image at the national level and remained a critic of continuing corruption and economic inequality in Pakistan and opposed the Pakistani Government’s decision to cooperate with the USA in fighting militants near the Pak-Afghan border. In that context, throughout his career Imran Khan remained soft on, and supportive of, the Taliban active in the Federally Administered Tribal Areas (FATA), and strongly believed in negotiation with the Taliban.

Attached to the Taliban was the issue of US drone attacks and Imran was dead against these events. Being conscious of Pakistan’s cultural and religious norms he criticized political and economic elites who, according to him, had become Westernised and out of touch with the country’s traditional heritage. On other sensitive issues like ‘forced conversion’ and ‘the problem of Jammu and Kashmir’ between India and Pakistan he was then very clear of his views. He described the forced conversion of anyone including the Hindu girls in Pakistan as un-Islamic and considered the issue of Jammu and Kashmir as humanitarian rather than territorial.

Gradually, the socio-political and religious ideas of Imran Khan began gaining ground in the public domain of Pakistan and in an opinion poll conducted in 2012, he was found to be the most popular political figure in the country. His continued efforts and the different types of movements he launched proved him a successful leader of Pakistan and as a result, he won just less than half of total seats for which general elections were held in May 2013. In this election, although he failed to form a government, he was assigned by the people to discharge the functions of an accountable Opposition Party in the country’s politics in days to come. In the post-election phase the leak of Panama Papers on Sharif’s corruption and Supreme Court’s 2017 verdict disqualifying Nawaz Sharif from holding a public post, substantiated Imran Khan’s way to the throne of Pakistan and made it an easy one, leading to his oath as the 22nd Prime Minister of the country on 18 August 2018.