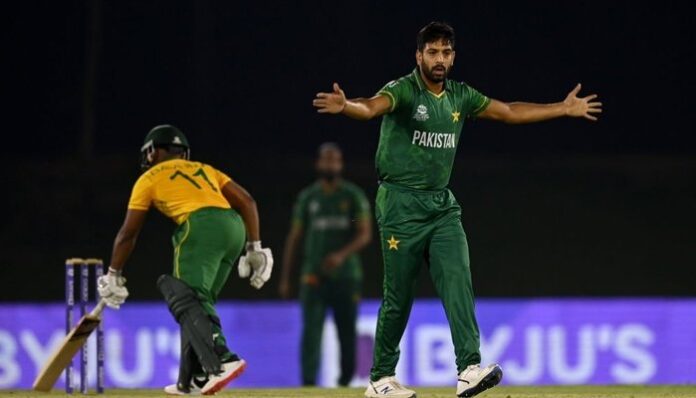 The Pakistani bowlers were able to dismiss Proteas’ openers quickly, but later, they failed to restrict the South African team as Rassie van der Dussen took charge and smashed 101 runs.

Temba Bavuma also played a good knock as he hit 46 off 42 balls.

All-rounder Hassan Ali, who was sent to bowl the last over, failed to restrict boundaries, as he conceded 22 runs, which helped pave way for Proteas’ victory.

Afridi took the wickets of Bavuma and Heinrich Klaasen (14).

Left-arm bowler Imad Wasim gave away 19 runs from his three overs. He also managed to take two early scalps of Quinton de Kock (6) and Reeza Hendricks (7) in the same over.

By the end of the first innings, Pakistan handed a 187-run target to South Africa. Skipper Babar Azam and Mohammad Rizwan had failed to impress with the bat as they scored 15 and 19.

Fakhar Zaman had played an impressive inning with the bat as he scored 52 off 28 balls, while Asif Ali added 32 runs and Shoaib Malik 28 to the total.

Pakistan had thrashed West Indies earlier this week with a seven-wicket victory in a warm-up match. The Men In Green will face India on October 24.