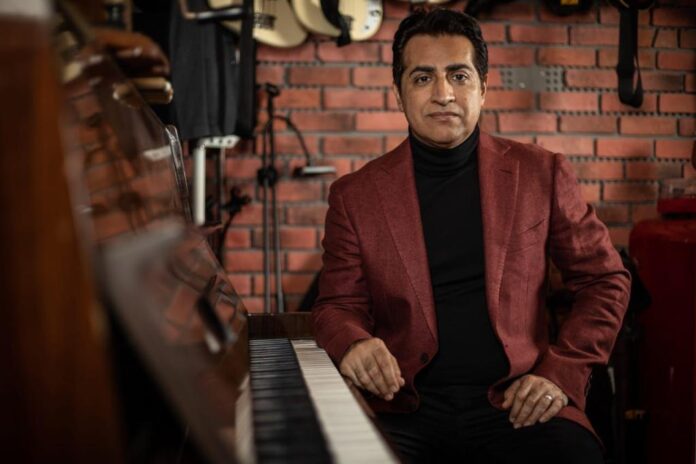 Lighting up the hearts and lives of millions of fans across the world with his first three singles, Singapore-based Qamar Saleem has once again garnered huge love and praise with his cricket anthem “Khelein” released last week.

More than 21 Instagram blogs featured the song immediately after its release.

“Just Play” in Urdu, is easily an anthem for cricket, as it speaks not only about the game but also of its impact in the lives of its loyal Pakistani followers, whilst infusing each listener with the spirit of what cricket is truly about. According to Qamar, it’s not about winning but rather, it’s about the playing of and rejoicing in the game – together!

The song has become an official anthem for PTV Sports.

There is no doubt of the pride that is felt for the Pakistan team’s accomplishments over the years but this song is not about fame or glory. It is a heartfelt tribute to every single youngster, every enthusiast, who takes to the smallest of streets, the darkest of alleys and roughest of fields and lights it up with the frenzy of cricket. It is about the love for a game that, despite physical challenges, thrives and provides a fighting spirit, even in the face of life’s handicaps. It is simply about “Just Playing” and defying any social norms around race, gender, ethnicity, or social stature. This is about the common man’s dream called Cricket Pakistan. It’s more than just a game, it is a way of life! The song of course, also celebrates the tenacity and resilience which the Pakistan Cricket team has shown over the years.

Upon further introspection, “Khelein” is dedicated to the heroes on the streets, the rise in girls making their mark, the vibrant youth, cricket enthusiast children, and all the elderly whose fondest memories include playing cricket in school, college, with friends, during Ramadan, at work, social occasions and eventually just sitting and watching in ecstasy as parents and grandparents. “Khelein” connects deeply with Qamar as he cherishes his fond memories of Cricket, which he has passionately played since childhood.

In keeping with another of Qamar’s trademarks, “Khelein” is a song with a message. However, unlike his previous singles, “Janaan,””Ankaha”, and “Sona”, “Khelein” reaches outwards toward community, rather than the self. It brings a sense of collective unity, rather than introspection. That is not too say that the other singles were without notable messages as “Janaan,””Ankaha”, and “Sona”, things like Unspoken feelings, positivity to mental health awareness to the pure innocence of our first love, respectively.

Although being a successful financial sector professional, it was the Coronavirus pandemic that caused Qamar Saleem to reflect and thereby allowing him to revitalize his passion for and return to music. Qamar is deeply moved by the outpouring of love and respect for his music and hopes to continue to produce more songs with his trademark touch of healing, and joy, which transcends distance, cultures, and countries.

Kalabagh Dam is an effective solution to rising water shortage

An 18-year-old gunman opened fire on Tuesday at a Texas elementary school, killing at least 19 children as he went from classroom to classroom,...
Read more
Uncategorized