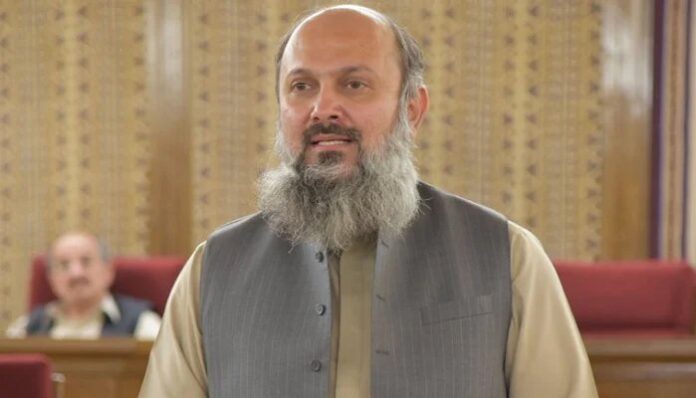 The no-confidence motion against Balochistan Chief Minister Jam Kamal Alyani is likely to be put to a vote in the Balochistan Assembly on October 20, a news outlet reported on Saturday.

According to the report, Balochistan Governor Syed Zahorr Ahmed Agha has summoned a session of the provincial assembly on October 20 and it is expected that the no-confidence motion, which was submitted by some disgruntled members of the ruling Balochistan Awami Party (BAP) to the assembly secretariat on October 12, would be tabled in the session.

The reports further stated that the spokesman for the Balochistan government, Liaquat Shahwani, claimed that the dissident BAP members were being manipulated by the Pakistan Democratic Movement.

Like the Senate elections, the PDM would suffer “an indirect defeat” in the Balochistan Assembly, Shahwani said, adding that “no government would last more than two and a half years if a precedent is set”.

The disgruntled members from BAP and other political parties, who had submitted the motion, include Zahoor Ahmed Buledi, Jan Muhammad Jamali, Abdul Rehman Khetran, Akbar Askani, Muhammad Khan Lehri, Sikandar Umrani, Lala Rashid, Mahjabeen Sheran, and Bushra Rind of the BAP, Asad Baloch and his wife Bibi Mastoor of the Balochistan National Party-Awami, and Naseebullah Marri of the Pakistan Tehreek-e-Insaf.