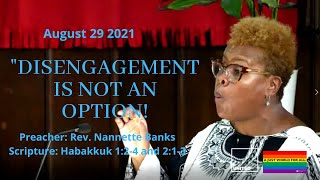 Whether ’tis nobler in the mind to suffer

The slings and arrows of outrageous fortune

Or to take arms against a sea of troubles

And by opposing, end them.”

The evolving dynamics in Afghanistan present no easy solution to the world. The country will either settle down gradually leading the way to an inclusive dispensation, or lapse into a serious humanitarian crisis owing to economic fragility. While the world will shoulder responsibility for the latter, it is Afghanistan’s neighbours and the regional countries which will have to bear the brunt of the fallout.

The ongoing debate is whether to engage with the Taliban to help them move on, or punish them for ousting the US and NATO forces and assuming control of Afghanistan. The regional countries have adopted a rational policy of remaining engaged with the Taliban, urging them to gradually come round to showing a higher level of sensitivity towards the cherished ideals of human rights, rights of women, and the formation of a government with representation from all Afghan stakeholders. We may still be a fair distance from the coveted ideals, but the signs are that we are gradually moving in that direction.

Some initial indicators of a change are visible in the hitherto stubborn Western approach led by the relatively irreconcilable USA, still smarting under the weight of an ignominious retreat from Afghanistan as a consequence of surrender by the entire Afghan military which was equipped with the most sophisticated weapons and extensively trained in the modern-day warfare. This is principally owed to the cowardly escape of the Afghan leadership in the face of the lightning Taliban advance. The last stronghold of Panjshir also fell, thus dismantling whatever hope there may have been for a much-trumpeted resistance movement to take shape.

As part of the reconciliatory effort, a British delegation has visited Afghanistan for a detailed interaction with the Taliban leadership. The feedback is considerably positive with encouraging chances of further progress. The USA has also held face-to-face parleys with senior Taliban leadership in Doha over two days. It is understood that it has offered humanitarian assistance to the government, the modalities of which are being sorted out. The Taliban have also interacted with over ten European countries. Additionally, the European Union has committed assistance of €1.2 billion to Afghanistan.

A high-level Afghan delegation has also visited Turkey for talks with the government. It is reported that the Turkish side has urged “more flexibility” regarding release of Afghanistan’s frozen foreign accounts. In yet another development, while talking to the Group of 20 most powerful economies, Turkish President Recep Erdogan pleaded for keeping the channels of dialogue open with the Taliban to “patiently and gradually steer” them towards establishing a more inclusive government.

These are all positive indicators. It is hoped that things will continue to improve at a quick pace and frozen assets will be transferred to Afghanistan to avert the prospect of a meltdown which will have a harrowing impact on the neighbouring countries in the shape of an enhanced terror threat, an unmanageable refugee crisis and economic migration. This has to be averted, which will happen only if Afghanistan is not abandoned.

Pakistan’s approach all along has been extremely pragmatic. It has remained engaged with the Taliban in a bid to persuade them to keep moving towards fulfilling the promises which their leaders have made from time to time regarding respect for human rights, girls’ education and inclusivity. This effort has been effectively supported by other regional countries. A three-country delegation involving China, Russia and Pakistan has also visited Kabul to talk to the Taliban leadership to help avert an economic crisis in the country and enhance prospects of trade connectivity. It is also routinely dispatching truckloads of humanitarian assistance for the Afghan people.

After a military disaster, we cannot afford to enact a tragedy of Shakespearian proportions. “To be or not to be” is not the question any longer. There is no cause for confusion. The world must come together for Afghanistan and its long-suffering people.

Pakistan is extremely sensitive to the prospect of a terrorist threat. It has suffered immensely in the past at the hands of this scourge and was able to defeat it at a huge cost in terms of human lives and economic setback. It would definitely not want these terrorist groups to re-emerge. Other regional countries and the rest of the world also appear cognisant of this danger. As a matter of fact, a key component of the US-Taliban deal of February 2020 was that the latter would not allow the use of Afghan soil for any terrorist activity. It is, therefore, imperative that the world engage with the Taliban to ensure that Afghanistan does not again become a hotbed of terror, thus threatening the peace of the region and the world.

If Afghanistan suffers, it is the people who will have to bear the brunt. Pakistan would not want that to happen as it will always stand with the Afghan people and help ensure their continued welfare. This is possible only if Pakistan and the rest of the world opt to engage the Taliban in preference to abandoning them which would plunge the country into an irretrievable crisis including the onset of terrorist activities emanating from groups like IS-K, TTP, Daesh and other such demonic entities

By refusing to engage, the West will also precipitate an economic crisis and weaken the Taliban government, thus making the country susceptible to re-emergence of terror. This not being an option, the world does not really have an alternative but to work with the Taliban government to help it along. A lapse at this juncture can spell a massive disaster in times to come.

The priority focus of Pakistan and the regional countries is the advent of peace in Afghanistan. That requires close cooperation among them and the world on the one hand, and the Afghan government on the other. There is a need for enhanced and accelerated delivery of economic assistance to Afghanistan so that it could provide relief to the people who, for over 40 years, have borne the ravages of ceaseless war. They are desperate for peace to return in their midst.

Another challenge which is looming is to accord formal recognition to the Taliban government. The countries which continue to engage with the Taliban have, in a way, already recognised the new government. Some embassies also remain functional in Kabul. But this has also to be done formally which cannot be delayed indefinitely. Since the regional countries have followed a collective strategy, it is time for them to deliberate it in all its varying facets.

If possible, they should also take other countries on board to move together in that direction. But if the western world may appear to be unwilling, which is a likely scenario, the regional countries will have to take the plunge as that would increase the level of persuasion which they can exercise to secure positive results on other fronts.

Afghanistan, the region and the world stand at the crossroads. It would be futile to remain stuck in a past which brought nothing but war and destruction. There is a need to pick up whatever pieces remain and put them together to raise the edifice of a peaceful Afghanistan. While the principal responsibility for this would rest with the government there, the world also has a role to play. It cannot be a role to cause division. It has to be one to heal the wounds and help the people and communities come together for building a future that would be free of conflict and terror. What the world does today will determine the future of Afghanistan, the larger region and the world.

After a military disaster, we cannot afford to enact a tragedy of Shakespearian proportions. “To be or not to be” is not the question any longer. There is no cause for confusion. The world must come together for Afghanistan and its long-suffering people.