Today is the 14th anniversary of the Karsaz attack 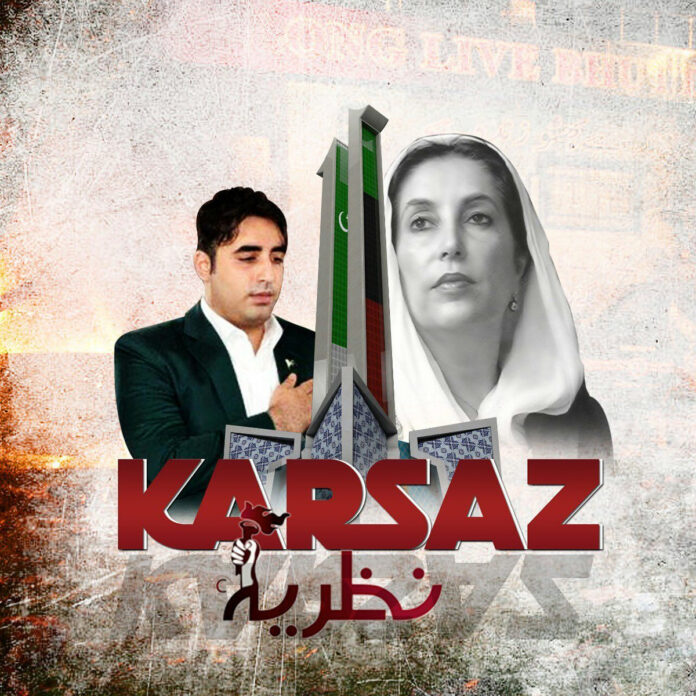 “My return heralds for the people of Pakistan, the turn of the wheel from dictatorship to democracy, from exploitation to empowerment, from violence to peace.” were the words of Shaheed Benazir Bhutto before landing in her homeland on 18 October 2007. The fearless, iconic and visionary leader of Pakistan was about to start the second chapter of her political uggle but the then dictator was uncomfortable on her return and did not provide her adequate security. Her humongous welcome was turned into a devastating sight after the terror outfits targeted her motorcade.

No matter how many years may have passed. but the grief of the Karsaz attack has not faded away. The ‘Daughter Of The East’, dressed in patriotic green and white, landed in Karachi after eight long years of exile. Her return stimulated a sense of hope amongst the people of Pakistan. Almost one million people were on the streets of Karachi to receive the brave lady, she challenged the dictator who considered himself irreplaceable. “Bibi aegi rozgaar laegi” was a very popular phrase amongst the mazdoors (labourers) with immense  hope shining in their eyes.

The scene of her return was quite an emotional one, similar to that of her return on 10th of April, 1986 in Lahore.  It was a déjà vu for all those who had witnessed the scenes of her reception earlier in Lahore. Despite fear looming large of terrorism Karachi was showing a festive air on her arrival, having a hope for a peaceful and better Pakistan. No danger or threat could ever stop the brave Benazir Bhutto as she never stepped back from her commitment. She was of the believe that Pakistan and terrorism could not go together.

Today Bilawal Bhutto is the torchbearer of his mother’s vision; each year on the same day he pays homage to the martyrs of the Karsaz attack. Therefore, before even thinking about giving amnesty to the terror groups, Imran Khan should seek permission from Bilawal Bhutto whose mother was victim of terrorism, the people of Pakistan who lost their leader and the families of 180 martyrs of the Karsaz attack.

The optics of her return were quite emotional, and she was seen happy but with teary eyes. It was definitely tough for a leader of her stature to stay away from her country for such a long time. Clearly she was an extraordinary leader with ultimate valour and matchless personality; a real crowd puller. Before her return she expressed her concerns while addressing a press conference in Dubai, when she observed “The internal situation is very dangerous and there is tension and danger on our frontiers. My heart hurts seeing poor people without bread, clothing and shelter.”

I still recall the October 18 event as I accompanied my father who led a rally towards Shahrah-e-Faisal to welcome SMBB. Slogans of “Welcome Bibi” were raised all around with a sense of relief and celebration in the atmosphere. SMBB was waving and smiling towards the people while on the truck; the rally was moving slowly as the road was jam-packed. Nobody could imagine that a peaceful procession would turn into a devastating nightmare; with around 180 people losing their lives and 500 being injured.

The twin deadly blasts that shook the nation was a cowardly attack by the terrorists but the brave lady reached out the next day to the grieving families for condolence and also visited hospitals to inquire about the health of injured victims.  The Karsaz attack did not take apart her courage but rather she went all out campaigning vigorously for the 2008 general elections. She reached out to each and every corner of Pakistan and gathered massive public support. Despite threats she remained committed to restore democracy in Pakistan, her connection with the public was phenomenal, almost all her rallies were huge.

Musharraf started to feel the heat as he became unpopular with each passing day.  It was written on the wall that SMBB would win 2008 general elections and become Prime Minister for the third time. Despite all the obstacles and threats she dared to face the hostile dictator. In 2007 her children were young and needed her most but she decided to return to her homeland for the sake of democracy. There are few leaders in history who have sacrificed their lives for their country, SMBB is one of them. She was indeed a resilient leader; and when Musharraf imposed emergency on 3 November 2007, she immediately returned back from Dubai and faced the challenge.

Even 14 years after heart-wrenching Karsaz attack the grief is still there and wounds are still green. Later, in Rawalpindi, the magnificent leader was martyred by the same terror group to which today Prime Minister Imran Khan wants to give amnesty. It’s appalling to see that Khan is anxious to reconcile with those terror groups who are responsible for multiple attacks in Pakistan, including the Karsaz one.

Today Bilawal Bhutto is the torchbearer of his mother’s vision; each year on the same day he pays homage to the martyrs of the Karsaz attack. Therefore, before even thinking about giving amnesty to the terror groups, Imran Khan should seek permission from Bilawal Bhutto whose mother was victim of terrorism, the people of Pakistan who lost their leader and the families of 180 martyrs of the Karsaz attack.

However, Musharraf, who said that politics of Benazir Bhutto is over, is himself living in obscurity whereas SMBB is still living in the hearts of millions. Hence proved that history only remembers the brave!