The perils of having a small House 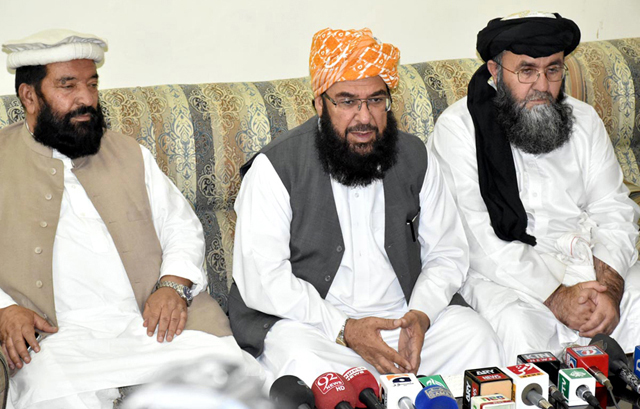 Balochistan is one of the most complex provinces of Pakistan, especially when it comes to its politics. A province comprising 44 percent of the landmass of the county has the least representation in its National Assembly, owing to its having the lowest population of all provinces. The scarcely spread population of the province also makes it challenging for the administration to provide civic amenities to its different nooks and corners, which ultimately results in grievances and political chaos in the province.

The Balochistan Assembly is a legislative house of 65 members which has been the representative of politicians from different backgrounds. However, it unfortunately remains the only province in Pakistan which has not seen a Chief Minister completing his tenure.One such political theatre is being witnessed recently. The democratically elected Jam Kamal’s government is in a fix these days, after a sizeable chunk of his cabinet members have rebelled against him, demanding his resignation. The opposition, which was already looking for an opportunity to grasp, clung to this one and considered it fitting enough to move a no-confidence motion against the Chief Minister.

In a house of 65, it is easier to manoeuvre things, easier to buy, convince and mould the affiliations of the members, and Balochistan has witnessed it all in the recent past. From the Provincial Assembly’s role in the Senate elections to its own functioning and business, instability and unpredictability have become the culture of the Provincial Assembly of Balochistan.

Not going back too far, if we follow the political scene after Musharraf’s era, the general elections 2008 were followed by the PPP government in the centre and province. Aslam Raisani as a Chief Minister led the provincial government in Balochistan despite having no majority at all. He became a CM in the house of 65 with only 14 members from his party. Interestingly enough his government had only one member of opposition who also never bothered to take oath due to his personal tribal animosity. 64 out of 65 members of the assembly were sitting on the treasury benches, making a joke of the House.

The politics can wait for later, the manoeuvring, the horse trading and the floor crossing can wait for later. Let the system run for now, let democracy flourish. Let the general elections 2023 be an audit for the Jam’s government. Let the people decide about their own fate. Let Balochistan experience political stability and continuity before instability becomes a norm.

It did not end there; the 2013 general elections were marred by gross mismanagement and large-scale accusations of rigging from almost every political party. That brought a new setup in Balochistan. Five years’ term was distributed like a feast between the National Party and the then ruling party in the federal government, the PML(N). The Murree Agreement made sure that the nationalists would rule for the first two and a half years and then a chief minister from the PML(N) would replace him, which resultantly meant no political stability in the province for another five years.

General Elections 2018 followed all that political chaos, and these elections were termed better than the general elections of 2013 by different independent observers like FAFEN and EU. Balochistan Awami Party, largely comprising old political horses from different influential backgrounds, emerged as the majority party of the province. Jam Kamal Khan, son and grandson of former Chief Ministers, became the new Chief Minister of the province. This was thought to be the government which might complete the five years tenure for the first time in Balochistan, since it enjoyed a good working relationship with different stakeholders.

However, the divisions started to appear in his own ranks just after the three years of his tenure. So far, none of the efforts to appease the dissidents seem to be bearing fruits.Are we going to witness another regime change in Balochistan? Or will Jam Kamal Khan survive these challenging times? This is yet to be seen. Nevertheless,political instability is once again the order of the day in Balochistan.

Even if the current government, led by Jam Kamal Khan, survives this deadlock, the events that will follow might be very challenging for him politically. This again has become a major challenge for the otherwise seemingly improving political environment of the province.

Comparatively, a similar crisis with less than a score of members rebelling against the CM could have well been managed in any other province of Pakistan, for they have that space and liberty to divert such challenges. The higher number of MPAs in those legislative houses make the individual flipping almost irrelevant in such scenarios and resultantly they cannot take the House into hostage. However, the Provincial Assembly of Balochistan is in a different case, it gets a diverse set of representatives, which makes the gelling difficult in most of the cases. Sometimes, just a couple of them form a parliamentary group on political, ethnic or on religious-sectarian grounds.These groups then keep switching their support with the changing tides,in favor of the government or opposition, suiting their own interests.

Political stability is the essence of any developed society. Balochistan deserves that political stability at the moment. The economic and social development will eventually follow that. The instability in the political arena can lead to chaos and dissidence among the masses whichBalochistan cannot afford in any case. The province has come a long way and we deserve that continuity in the process at the very least.

The politics can wait for later, the manoeuvring, the horse trading and the floor crossing can wait for later. Let the system run for now, let democracy flourish. Let the general elections 2023 be an audit for the Jam’s government. Let the people decide about their own fate. Let Balochistan experience political stability and continuity before instability becomes a norm.