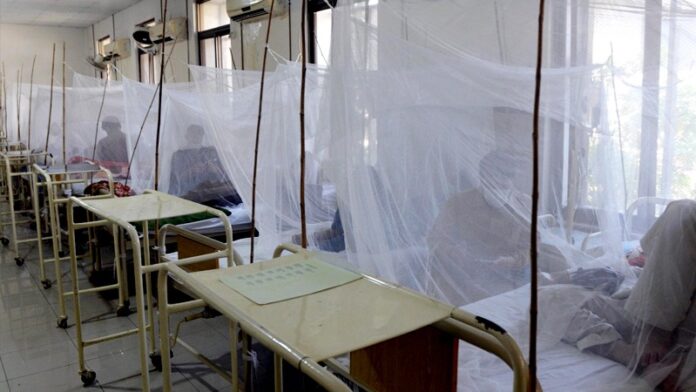 The Punjab Primary and Secondary Health Department on Tuesday revealed that dengue cases were massively increased in Lahore during the month of September.

The total number of dengue cases in the city reached to 2,000 in September, out of which Defence reported 946 cases.

The department revealed that over 17,000 dengue hotspots have been identified in the city and five areas, where dengue larvae were found, have been sealed.

It further revealed that notices have been issued to more than 45,000 people and eighty-two people have been arrested, besides registration of caaes against 1,400 people.

In Rawalpindi and Islamabad, 113 and 24 new dengue cases were reported respectively.

Earlier on October 1, the Pakistan Meteorological Department had warned of a dengue outbreak in eight big cities of the country from October 10 to November 20.

Karachi Administrator Murtaza Wahab on Monday said that the Sindh government has allocated Rs2 billion for the renovation and improvement of Karachi Zoo Zoo and...
Read more
- Advertisment -