Underreporting of murders mean actual number much higher than recorded 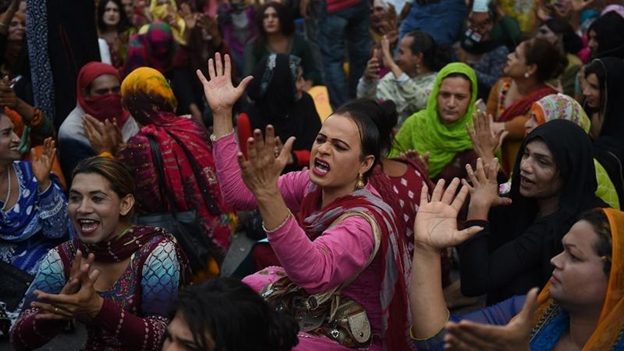 LAHORE – A total of 23 transgender killings have been reported in Punjab so far in the last seven years whereas according to the data obtained from the office of the Inspector General of Punjab Police, the highest murder rate was in Rawalpindi, Pakistan Today learnt.

“Incidents of oppression and abuse of transgender people are circulating on social media on a daily basis and yet the rate of their registration in the police station is very low. The biggest reason is that there are a large number of transgender people whose families are not ready to adopt them, so whenever there is an abuse or an accident with them, there is no one to report it.

A member of the Youth Parliament for Transgender informed this scribe that the number was very low, when in fact the number of transgender killings was much higher.

On the other hand, an official of the IGP’s office informed that the Transgender Persons (Protection of Right) Act 2018 has been enacted by the government of Pakistan and in the light of which the Punjab government has issued a Transgender Rights Policy 2019.

“Under this policy, steps are being taken to provide transgender people with the basic rights enshrined in Article 9 and 25 of Constitution of Pakistan. Such as the right to education, the issuance of CNIC, the right to vote, the right to participate in elections and the right to form unions, etc,” he said.

LAHORE: Gwadar Port is going to be a shining pearl in the entire region, as the largest Gwadar International Airport would be operational next...
Read more
CITY

I’m sure Imran Khan was distracted by the prohibited funding case verdict, which may be why he didn’t notice Al-Qaeda chief Ayman al-Zawahiri's killing...
Read more
LAHORE