The developed countries must take the lead 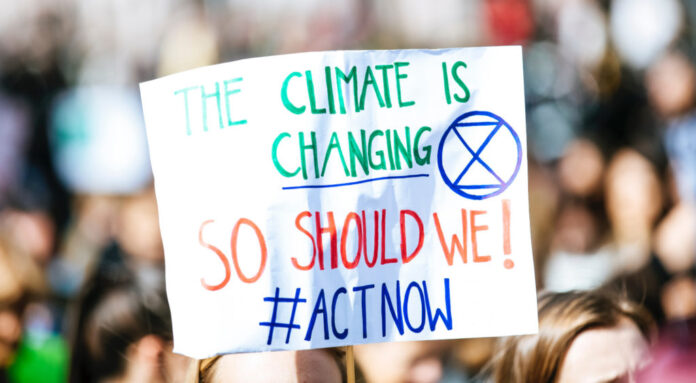 The triple planetary emergency – climate change, natural degradation and pollution– poses an unprecedented adverse impact on the planet, resulting in aggravation of poverty, fluctuation in economic growth, increase in food insecurity and worsening health risks.
Needless to say, climate-related incidents such as floods, storms, excessive droughts, sweltering heat and erratic weather patterns are the grave outcomes of global warming. These climate-related disasters hit hard with unpredictability as well as with ferocious intensity.

A recently released report of the UNEP, titled Making peace With Nature, has clearly mentioned the role of humans behind the ecological crisis. In the words of the United Nation General Secretary, humanity has “left the planet broken.” In the same report, a roadmap is given to heal the wounds inflicted by man on the environment. The report has underscored that all walks of life need to take necessary steps to address climate-related emergencies.

Fresh scientific evidence has revealed the devastating consequences of the triple emergency of climatote on humanity and warned of horrible outcomes, if these challenges are not to be tackled forthwith.

The global community’s commitments to tackle the issue of climate change are very ambitious. Simultaneously, national governments have also made targets regarding the mitigation of global warming in line with the international accords. Except the formulation of targets, no concrete step has been taken yet to turn them into actions. A case study against this backdrop are the Achi biodiversity Targets which have not been achieved in 2020, leaving the earth’s marine ecosystem at the mercy of climate change.

To avert untoward circumstances, strenuous efforts are required to solve the issue of climate change. In this regard, it is incumbent on major economies to play a leading role. The climate crisis is a transnational issue so all governments must collaborate with one another. Moreover, restructuring of the existing coal-based economies is the need of the hour. Meanwhile, carbon taxation on goods that have a carbon footprint is another possible step to cut down greenhouse gases emissions

Similarly, the future of the Paris Climate accord is also in danger, if countries fail to comply with it. Keeping in view failures in implementation of obligations and pledges with respect to the alleviation of the environment, questions can be raised about withering enthusiasm when the time of practical application comes.
There are multiple factors which are creating impediments in the way of effectively implementing the climate-mitigated goals. Low-income countries argue that their inability to fulfil the goals is due to insufficient technology and meagre financial resources. Under the Copenhagen conference, well-off countries had shown commitments to collect $200 billion by 2020 in order to support low- incomes countries in mitigating the climate crisis. However, the target has not been accomplished yet. Therefore, low-income countries point out those unfulfilled promises due to which they are incapable of tackling the menace of climate change. Paucity of funds and lack of technologies are the stumbling blocks for poor countries.

Another factor that worsens the triple planetary emergency is the inappropriate policies of some rich countries with respective to allocation of unfair subsidies to fossil fuels and agriculture. Moreover, the developed countries are not allowing the transfer of appropriate technologies to poor nations. Such inappropriate attitudes of rich countries have barred the world from implementing the goals. The best remedy to contain every escalating greenhouse gases is a transition towards renewable sources of energy. Decarbonisation can be achieved by large and small economies through this method.

Many developed and developing countries are still producing electricity from coal, which is the major reason of global warming. In this regard, solar and wind power is the only option to produce electricity from clean technology.

Those countries which border the sea have abundant tidal energy which can tackle climate change. The Report of the IPCC has warned that the climate temperature has risen since the Industrial Revolution, which has thawed glaciers. It is predicted that by 2100, all the major glaciers will have melted, changing the pattern of climate and topography.

Besides, rising sea levels can result in creating many problems for those countries which are near to coastal areas. Those countries’ areas are threatened with being submerged if steps are not taken properly.

Counter carbon is the best solution which can yield good results. After the Industrial Revolution, a race to become superpowers worsened this scenario where countries have combusted coal to fulfil their needs to run their industries. This revolution has undermined the existence of human beings, creating a number of problems for developing and poor countries especially because they do not have resources to counter this menace. In this way, the Kyoto Protocol findings must be implemented to make a carbon-free world.

The covid-19 pandemic provides opportunities for countries to switch from carbon-intense industries to investments in green technologies. Reports from various different organizations show that the global community has failed to harness this golden opportunity.

Time is running short. To avert untoward circumstances, strenuous efforts are required to solve the issue of climate change. In this regard, it is incumbent on major economies to play a leading role. The climate crisis is a transnational issue so all governments must collaborate with one another. Moreover, restructuring of the existing coal-based economies is the need of the hour. Meanwhile, carbon taxation on goods that have a carbon footprint is another possible step to cut down greenhouse gases emissions. The UN chief has urged the world to turn words into actions and underlined the gravity of the situation.

Zeeshan Ahmad Khan
The writer is a freelance columnist