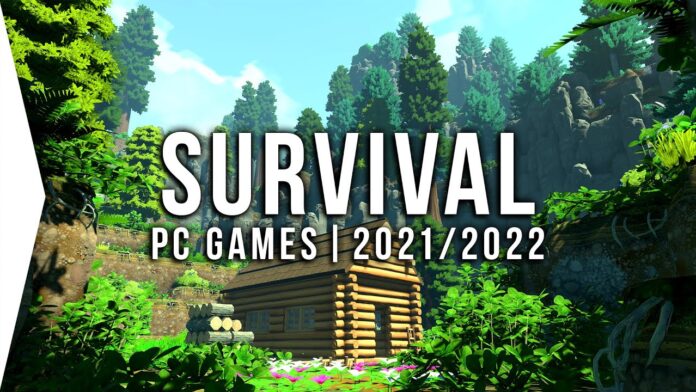 Pakistan’s economy has been muddling through transitions for decades, and each year the deficit increases. There are only two million taxpayers in the country, of which 70 percent are of the salaried class, while the domestic investment rate (DIR), is below 16 percent.

According to the World Bank guidelines, if the DIR is below 22 percent, then you have a chance of a 6 percent increase in the country’s GDP. The Subcontinent’s economy was destroyed through a well-planned agenda in the 17th century when Britain first came to it. At that time 37 percent of the world GDP was only generated by the Subcontinent through trade and imports, and today it is only 4 percent. The major GDP contributor around the world is the USA at 24 percent, while China is at 15 percent. The UK contributes 4 percent, India 4 percent, and Pakistan less than 1 percent.

During Roman times, Indian textile, and cotton were the finest and most demanded around the world, and it was hard for makers to fulfil the demand. What Britain did with the Subcontinent was disseminate their trade and transportation and convert the indigenous education system to an English-based system and created a society in which those who learned and could speak the language fluently becomes the elite class.

This remains so till date, as the elite class became the ruling class of society and find itself above the law of the state, just like the representatives of the British monarch before, Partition, causing a state of injustice in the country. At that time around, indigenous education was conveyed in 67 languages, supported by the local communities.

Singapore, a country without natural resources (no water, mineral, gas, and agriculture etc), has a GDP of about $312 billion a year. In 1964 the Singaporean PM Lee Kuan Yew was briefed about the country’s situation, that in future it may face huge issues in terms of job creation and even to feed the people.

The Singaporeans focused on population development and introduced four pillars of a knowledge economy: Education, Skilled manpower, ICT (Internet continuation technology) and Innovations. Singapore implemented the four-knowledge pillar model, and now the education rate in the country is 99 percent, whereas in Pakistan it is less than 9 percent, which means over 90 percent of people are far away from development.

The per capita income in Singapore is about $50,000, while in Pakistan it is about $1500, where Pakistan has four seasons, contains raw materials, resources and minerals, and the import is about $25 billion. Another example is of South Korea, where alone Samsung has a turnover of 5 percent of Pakistan GDP, while only Silicon Valley in South Korea produces 30 percent of US GDP.

In 1960 Pakistan, India and South Korea were almost at the same level, the per capita income was about $150, $97 and $160. We made a mistake during that time; Pakistan went for export industrialization, where still we are dependent on most of the countries for almost 90 percent of the equipment, materials, and raw items. South Korea, Malaysia and Singapore went for the import industrialization concept. After analyzing many studies, financial reports, R&D and capability of import and industries, the conclusion in Pakistan is that the graduates are without skills and technical knowledge, which shifts the country’s growth engine to the backyard.

Apart from many reasons, the integral element of the state failure is no coherent policy to promote education, health; the country’s 0.26 percent GDP is assigned for higher education, one can imagine the ultimate result. The country’s planners need to revise their strategy for the better future of the country. Education has never been a state priority subject since 1947, and even the selected ministers were those who couldn’t fit in anywhere else, and were given the education, IT, health, and such portfolios. All of Pakistan’s mega-projects were awarded to foreign companies because the country lacks the technical capabilities to execute these projects, and a whenever they tried they have failed miserably Sher Shah Bridge Karachi, Neelum-Jhelum Hydropower Plant, Muzaffarabad and partial demolition of Baloch Colony Bridge in Karachi are fine examples.

After 75 years of independence, Pakistan has observed the way of moving forward is leading them towards destruction, after the hard work of Dr Atta-ur-Rehman and the execution of Dr Nasir Ali khan (Project Director) & Dr Mujahid (Rector) have invented and introduced education with skills for the first time within the country.

The decision and action were taken very late, but it’s never too late to make the right decision. In a joint venture between Pakistan, Austria and China, the education concept introduced through Pak-Austria Fachhochschule: Institute of Applied Sciences and Technology (PAF-IAST), where around 180-plus new industries will be built under the CPEC projects, with a few already functional. PAF-IAST is a novel and holistic approach, with a focus on “skilling Pakistan” to create a high-quality technical human resource development. The world Fachhochschule is borrowed from the Austrian/German Schooling system, where the schooling system is divided into Kindergarten (Early Childhood Education), Grundschule (Primary Education), Realschule (Secondary Education), and Fachhochschule (Applied Sciences Universities), at this stage the student selected based on his grades and overall performance to select among Fachhochschule or Universitat (University).

The unique educational institution is collaborating with Austrian and Chinese Universities, to create and elevate the technical skills of graduates across the country. CPEC (China Pakistan Economic Corridor) will be a real game-changer for the country in the coming two decades. The country can get the maximum benefit from the CPEC if the endowment of the young and energetic population is properly trained, equipped and skilled in modern technology. The 21st century could be a gamechanger for Pakistan, which must work hard to boost its economy and focus on import-based industry revaluation through CPEC.

The university introduces the system where the technology, skill, and science will be parallel, and each student and faculty member shall work under the triple helix model. Where government, academia and industry work together to boost the economic and social development, in order to generate the knowledge-based economy and society.

PAF-IAST aims to become a world-class educational institution for imparting knowledge, skill development and focus on applied research to provide the solutions of the existing problems in multidisciplinary fields. Through the applied institute which is the first ever step towards export-based industry, and a technology-based economy, where the professionals trained in Austria and China to guide the enrolled students to convert the pure idea to applied basic knowledge (Output-based education and training concept).

China is an exemplary model for all the countries undergoing rapid development and economic stability. In a key example. China also applied the same four-pillar model and made its economy the second-largest in the world. It focused on education, research and development, ICT and infrastructure building. Now they are leading many megaprojects around the world and focus on their import economy along with moving and shifting attention toward themselves. Pakistan is a dynamic country of humann resources but needs to be translated into actions for a better future, but they didn’t transform themselves in seven decades.

Pakistan and China have interdependency, but China is keen to invest and boost Pakistan’s economy. Projects initiated under CPEC such as changing the main distribution lines to reduce the electricity losses, railway line upgradation from Kashgar to Gwadar, where they will spend $7 billion, and are also keen to improve the maritime industry of Pakistan as well.

China is interested in relocating around 800 Chinese units, but the response and feedback are not encouraging, while the graduates produced in the country are not capable of handling and executing the projects smoothly.

Now the question is, can we survive in the long term? The answer is conditional and depends on the state, of which the policies from the last 74 years have almost failed, and not a single unit in the state is earning and collaborating in the economy. The state needs to invest and prioritize Human Resource development, Skill development, focus on an export industry strategy, consistency in policy, document the economy and assign ministers and secretaries with relevant knowledge or experience of the ministry.

Pakistan has to make important strategic choices to ensure sustainable growth in the manufacturing sector in a rapidly changing and challenging international competitive environment, which requires massive structural changes along with dedication, focus and smart decisions to shift the prediction paradigm to technology-based industries.