The overseas experts have contributed immensely to the country 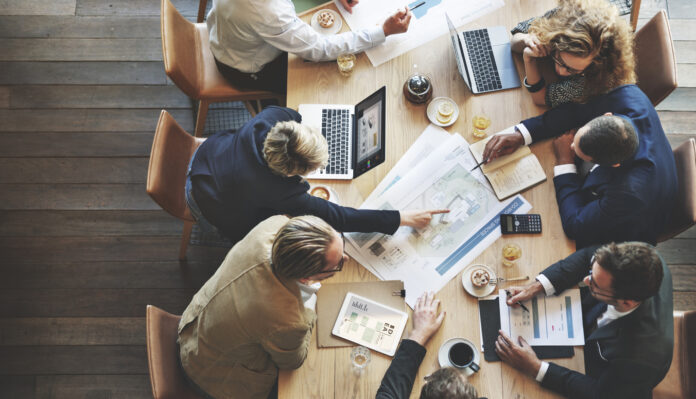 Abdullah Gul, the former President of Turkey, during his last visit lamented the fact that despite having overseas experts in all fields, Pakistan has not been able to turn around. In Turkey he said, they had identified areas which needed guidance from overseas experts. The local managers were tasked to follow their guidelines, and the results were phenomenal.

Pakistan needs to create space in order to benefit from the expertise of its gems who have solid credentials in their field. Business as usual cannot produce results, and there has to be a change of approach which must be recognised and then corrected for the country to move forward.

Several success stories come to mind. After partition in August 1947, the Quaid-e-Azam personally sought the best available talent. He wrote to Professor Ernest Rutherford, one of the top physicists of the world, seeking his help in identifying local experts. Dr Rafi Chaudhry was discovered, who was teaching at the Aligarh University at that time after completing his PhD from Cambridge University. Dr Chaudhry then joined Government College Lahore where the first High Tension Physics Laboratory of Asia was built. It was under his guidance that top scientists were produced who then played a key role in the country’s nuclear programme.

Another son of the soil, the unsung hero of our nuclear success, was Engr. Munir Ahmed Khan who was working for the International Atomic Energy Commission (IAEC) in the 1960s. He kept a close eye on the Indian advancements in this area, and finally he convinced Zulfiqar Ali Bhutto, who was the Foreign Minister at that time, to build an atomic bomb to counter the enemy threat. A presentation was arranged for President Ayub Khan in London to get his nod but he shied away.

Unless the Allamas and the Honchos who have been running the show for the last 40 years are shown the door, or given clear instructions to follow the professional directives given by the invited overseas experts, meaningful progress will not be possible. Most experts get frustrated and leave while only a few remain to fight back

In 1971 India succeeded in breaking up the country. ZAB came into power in what was left of Pakistan. Munir was appointed Chairman of the Pakistan Atomic Commission (PAEC). It was under his leadership that the device was built which was designed by Professor Riazuddin of the Quaid-e-Azam University. Dr Abdul Qadeer Khan, a metallurgist by profession who is repeatedly misreported as the father of the Nuclear Programme, was also inducted into PAEC as an overseas expert in the uranium enrichment area.

Dr Khan was working for Urenco, a  company in Holland that had developed centrifuge technology for uranium enrichment as a nuclear fuel. In order to create his own space he then convinced ZAB to start the Kahuta Reasearch Laboratories ( KRL ) under his command. It was this facility that provided the enriched uranium fuel for the detonation of the atomic device in  May 1998. KRL then started to extend its expertise in several areas. Following Dr Khan’s lead, several scientists of PAEC then started to indulge in other areas like mining and missile technology.

First it was the Father of the Nation who understood the need of fresh qualified talent and then ZAB who attracted the best brains and then created space for them to serve the motherland. The country was unable to benefit from the expertise of Dr Abdul Salam, the country’s only science Nobel Laureate. He did work as Adviser with President Ayub Khan and then with ZAB but had to settle down in Trieste Italy where he continued with his research.  In 1979 he was awarded the Nobel Prize. Fortunately I had the chance of visiting him then as I was undergoing Industrial Training in Milan. Dr Salam then played a key role in establishing the Ministry of Science and Technology, National Commission for Science and Technology, Pakistan Science Foundation ( PSF ) which I had the opportunity to serve. PSF was formed on the pattern of National Science Foundation (NSF) of the USA. During my stay in the USA, I had the chance to interact with the NSF.

Identification of research is taken very seriously there while it is ignored here. To interact with the industry or end-user for applicable research, I formed the Industrial Liaison Group and hired the first MBA of the foundation. Through this group we were able to launch about 40 projects in collaboration with the industry to ensure commercialization of our indigenous research.

Unless the Allamas and the Honchos who have been running the show for the last 40 years are shown the door, or given clear instructions to follow the professional directives given by the invited overseas experts, meaningful progress will not be possible. Most experts get frustrated and leave while only a few remain to fight back.

When I decided to come back and serve the motherland, I also succeeded in convincing some highly qualified professionals to return. Dr Asad Abidi, a Professor of Electrical Engineering at UCLA, came as Dean to set up the School of Science and Engineering at LUMS but lasted for only two years. Dr Adil Najam came as Vice Chancellor at the same institution but could not complete his term. Dr Sohail Naqvi played a key role as Executive Director HEC but finally landed in Kazakhstan. There are others who tried to serve but then got tired and left (Dr Shahid Bokhari of UET, Dr Sohail Zuberi of Quaid-e-Azam University to mention a couple). I personally tried to convince all of them to stay but they were burnt out mainly because of lack of space where they could effectively serve. The PM is right, Overseas Experts are needed to move the country forward but they have to lead, not submit to the entrenched mafia of the status quo.