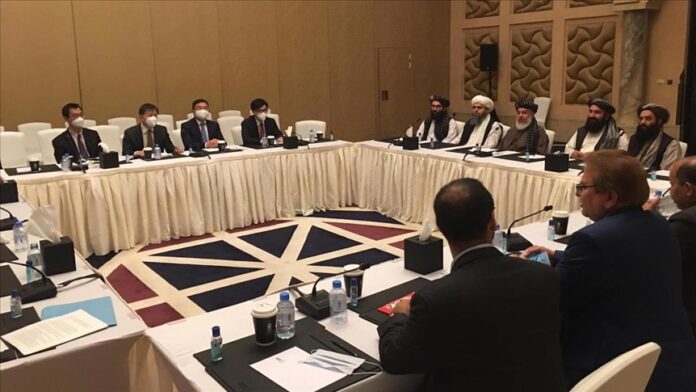 The regional response to the Afghan end game appeared as the last hope to pressurize the warring groups to agree on a peaceful settlement and end decades-old conflict in Afghanistan. The Troika-plus members, comprising Pakistan, the USA, Russia and China, have been meeting on a regular basis in recent months to jointly find a viable solution for peace in Afghanistan. The troika members share common security interests and are working together to tackle the rise of militancy and extremism that will be emanating from the Taliban-ruled Afghanistan. These countries need to come up with a mechanism to prevent Afghanistan from being a hub of transnational terrorist activities.

After their swift victory in taking Kabul, the Taliban claimed no one is entitled to use their soil to harm others. Taliban has also agreed to the Doha peace agreement it signed with the USA to disconnect themselves from Al-Qaeda and other banned groups. The question here arises, is it possible for the Taliban to keep a check on a transnational terrorist organization that has a presence on Afghan soil? The Taliban’s swift advance into Kabul increased the fear of Afghanistan’s immediate neighbours about the revival of a fresh layer of extremism and militancy.

The fall of Kabul has diverted all the attention toward the composition of a new regime in Kabul.

Unlike in Kabul, things in the Panjshir valley were going in the opposite direction. The Vice President of the western-backed ousted government, Amrullah Saleh, landed in Panjshir and released a surprising statement that work with the Taliban under one ceiling is not possible. Saleh and Massoud, leaders of Panjshir, have decided not to surrender and opted for fighting with the Taliban. Taliban has also deployed its fresh contingents on the only three ways leading to Panjshir. The Taliban occupied the Valley, but Afghanistan might indulge once again in another civil war if Saleh and Massoud stage a comeback.

Several key stakeholders, who fled Afghanistan after the Taliban’s victory, have to respond to the new developments taking place in Kabul. The matter of Ashraf Ghani’s resignation is still pending as the Taliban want a peaceful transfer of power. The second and third largest ethnic communities of Afghanistan, Hazaraqs and Uzbeks, both of which remained strongest opponents to Taliban rule, have yet to clarify their stance over the matter of the Taliban’s entrance into Kabul forcefully and toppling their coalition government.

The cloud of another protracted   civil war between the Taliban and the former Northern Alliance is looming over Afghanistan. Regional states, especially the troika members, need to intervene in the matter and settle it through a broader consensus, otherwise it would have far greater consequences for the security of the whole region.

Pakistan will be the most affected country if the Taliban restored its former Islamic emirate in Afghanistan. The rise of Tehrik-e-Taliban Afghanistan (TTA) in Kabul would of course bolster the morale of the banned Tehrik-e-Taliban Pakistan (TTP) to regroup and carry out activities in Pakistan. As it is widely believed   that the two violent groups are two sides of the same coin, the TTP would receive overwhelming support to reintegrate and reemerge in Pakistan if the Afghan Taliban restore their emirate without any negotiated political settlement.

In the last month as the Taliban bluntly advanced their military victory and multiple provinces fell under their control and now also Kabul, a surge in terrorist activities has also been reportedly carried out by the Pakistani Taliban in a different area of Pakistan in the last month. That implies how the rise of the Taliban’s Islamic emirate in Afghanistan carries grave consequences for the security of Pakistan soon.

Recently, the Chinese Foreign Minister, Wang Yi, met a high-level Afghan Taliban delegation to inform them about Chinese concerns related to Afghanistan. The primary concern that drives the Chinese fear is the Taliban occupation of Kabul by force and implementing their strict and conservative ideology in Afghanistan. The rise of the Taliban as a victorious force might be a moment of celebration for the East Turkman Islamic Movement to leverage its relations with the Taliban to extend its support to Uyghur Muslims-living in Xinjiang. Despite all this, the commitment of the Taliban’s top political leader, Mullah Abdul Ghani Baradar, commitment that they will never allow any force in Afghanistan to engage in acts detrimental to China, Beijing appears to not rely merely on promises.

China is playing a proactive role in the efforts initiated under the banner of the troika to abandon Afghanistan once again to be the base of terrorist organizations. Beijing has also shown its willingness to encourage all Afghan warring parties to sort out the four-decade-old hostility with a broader negotiated political settlement.

Russia’s eastern border is encircled by some of the Muslim-majority states. Therefore, the primary concern that drives the Kremlin’s fear is the emergence of radical groups in power in Afghanistan. The history of relations between Russia and Islamic radical groups are replete with animosity dating back to the 1980s. Russia fears that the restoration of the former Islamic emirate in Afghanistan would inflict radicalization and militancy in its Muslim neighbours. The Kremlin is also worried that the new Taliban regime would also export its way of violent occupation, of power and ideology, to the Central Asian states, and if that becomes a reality, that would surely destabilize the region. Any instability in the Central Asia states would be a nightmare and carries serious security challenges for Russia.

The role of these regional players is crucial as the three regional members of the group have relations, less or more, with all warring groups of Afghanistan to break down the stalemate and reach any fruitful conclusion. The resemblance of interest of regional states amidst the emerging power vacuum in Afghanistan has further increased the importance of the regional response to the Afghan end game. Despite its troop’s withdrawal from Afghanistan, the USA still has a crucial role to play in the intra-Afghan peace process. The world must keep pressure on the next Afghan government and help it to address the issue of militancy and ethnic tensions in Afghanistan.