India's sedition and public-safety charges do not spare even children 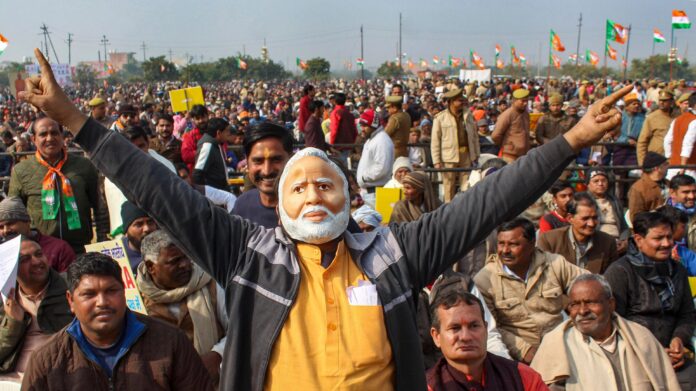 In 2015, the government made public the figure of 16,329 persons having been detained under the Act since 1988, nearly all from Kashmir. India has a slew of laws to detain people incognito for years. To keep people behind the bars scores of First information Reports are registered against innocent people, even children. One notorious law used to incarcerate people is the National Investigation Agency Act. The primary function of the NIA was to investigate and prosecute people for offending the sovereignty, security and integrity of India. But, practically, it is an instrument to create an atmosphere of fear so that no protest takes place.

Another fearsome law is India’s Public Safety Act. According to the 2010 Amnesty report ‘A Lawless Law: Detentions under the Public Safety Act’, at least 10,000-20,000 people have been detained under this preventive detention law since it was enacted in the 1970s.

The very language of the FIRs speaks volumes on the real intention behind application of this draconian law. Many of the allegations fall in the realm of the imaginary or are couched in the language of conjecture. Take the detention order against a Kashmiri, Parvez, for example. It reads: “You have achieved a prominent position in the separatist camp under the hidden cover of being a human rights activist. In the ongoing unrest, you have been found instigating and advocating the disgruntled elements to resort to illegal activities…”

Kashmir a very dangerous place for those who dissent. The security forces prowl upon all forms of dissent. It could be a slogan, graffiti, stone throwing,  mourning the death of someone killed by the armed forces, defying the state’s categorisation of them as “terrorists” or collateral damage

Even minors wearing lattoo shoes were booked under the PSA on the grounds that their appearance is like that of militants, said noted lawyer Parvez Imroze in his testimony before the People’s Tribunal in 2004.

Abdul Waheed Bhatt, another Kashmiri,  was told, “If you had not been arrested you could definitely (have) crossed IB (international border) to get training…..after returning to India/J&K you would have definitely designed your nefarious activities into action, providing highly pre-judicial to the security of the state.”

The PSA targets young people, with little regard to whether they are minors or not. Most of them, loosely categorised as stone pelters, are first detained under the PSA, even though the charges of rioting, unlawful assembly and so on can be slapped under the criminal justice system.

In 2010, the security forces began to round up minors lest they take part in protests. Irked by massive arrests, chief minister Omar Abdullah of the occupied Kashmir intervened on behalf of the children. including Faizan Bhatt, but in vain. It transpired that there was no juvenile justice system in Kashmir.  The public outcry led to amendments in the PSA act with regard to minors and the setting up of a juvenile home at Harwan in Srinagar. These amendments fell flat on the police. They continued to arrest minors.  According to amendments, the onus is on the parents to produce the necessary documents in court to prove the person is a minor.

The aim of the arresting agencies is to curb the physical movements of youth who have been at the vanguard of most protests, or are suspected of being activists.

The police file open FIRs and then try and negotiate with the parents or relatives for release of the youths. Open FIRs signify incidents of rioting attributed to “unknown persons” as the accused. This enables them to add names later. For those who seek the legal route, there are practical difficulties in making the journey to Srinagar during the unrest when buses are not running, especially when there was a curfew.

The detainees are seldom lodged in jails in Kashmir. They are often sent to jail in Jammu– a journey of four or five hours and perceived as a hostile environment for most Kashmiris.

Zubair Ahmed Turay, a 24-year-old. has had the PSA slapped against him seven times and who had 19 FIRs filed against him. The earliest one, related to the Arms Act, dates back to when he was 12 years old. He was acquitted in that case and many others, but is still in jail. As has been written, the PSA is a way of doing away with the requirement of civilised jurisprudence, it is “a devious way to imprison political opponents.”

Besides the abovementioned laws and six other draconian laws mentioned in Pakistan’s dossier on Indian war crimes, India indiscriminately uses the sedition law to gag voices of dissent. The sedition law is an archaic relic of the pre-Partition British raj. It stands abolished even in the UK. Under this law, M.K. Gandhi, Maulana Azad, and several pre-Partition leaders were detained and tried.

On February 15, three students of a private engineering college were arrested on February for raising pro-Pakistan slogans and posting the video on social media on the first anniversary of the terrorist attack in Pulwama. There are countless other cases.

K.M. Munshi’s (India’s draughtsman) amendment removed “sedition” from the Indian Constitution, arguing that its scope was too broad to be compatible with free speech in a democracy, but the Indian Supreme Court’s judgment in the Kedar Nath Singh case in 1962 brought it back by the back door.

Sedition was abolished in the UK through the Coroners and Justice Act, 2009, under the Gordon Brown government. Three offences were abolished: the offences of sedition and seditious libel; the offence of defamatory libel; and the offence of obscene libel.

This law was slapped on some children. Their offence was staging a play at Shaheen School at Bidar in Karnataka, criticising the Citizenship (Amendment) Act.

Kashmir a very dangerous place for those who dissent. The security forces prowl upon all forms of dissent. It could be a slogan, graffiti, stone throwing,  mourning the death of someone killed by the armed forces, defying the state’s categorisation of them as “terrorists” or collateral damage.