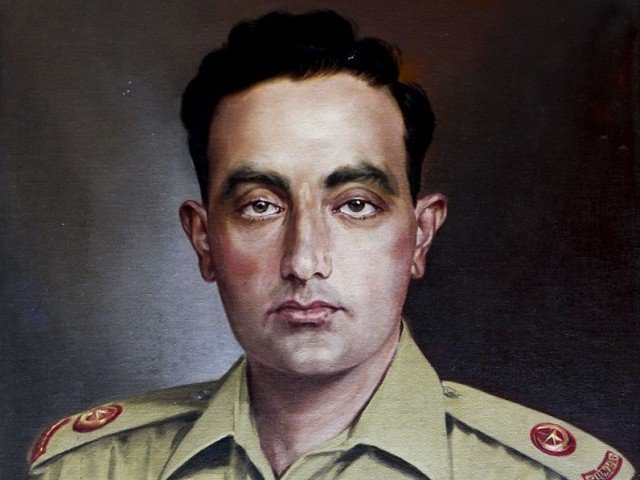 RAWALPINDI: Pakistan Army and the nation paid tribute to the 1965 war hero and ‘Defender of Lahore’ Major Aziz Bhatti on his 56th martyrdom anniversary on Sunday.

September 12 marks the 55th death anniversary of Maj Aziz Bhatti who was a company commander deployed in the Burki area of Lahore front during the 1965 war.

Major Raja Aziz Bhatti (1928 –September 1965) was a staff officer in the Pakistan Army who received Pakistan’s highest award for valour. He was born in Hong Kong in 1928 and later moved to Pakistan before it became independent in 1947, living in the village of Ladian, Kharian, Gujrat and commissioned to the Punjab Regiment in 1950.

On 11th September 1965, as a company commander in the Burki area of the Lahore sector, Major Raja Aziz Bhatti chose to stay with his forward platoon which was under incessant artillery and tank attacks for five days and nights while defending the strategic BRB Canal.

Major Aziz was kept on reorganising his company and directing the gunners to shell enemy positions. In order to watch every move of the enemy, the brave son of soil had to place himself in an elevated position. He led his men from the front, under constant attack from Indian Artillery batteries. He countered every Indian offensive in his area and later he was struck in the chest by an enemy tank shell while watching the enemy’s moves, and was martyred on 12th September 1965.

It is pertinent to note that Nishan-e-Haider is conferred upon soldiers who perform acts of great heroism in circumstances of extreme danger, or to those who demonstrate bravery of the highest order or devotion to the country in the presence of the enemy.