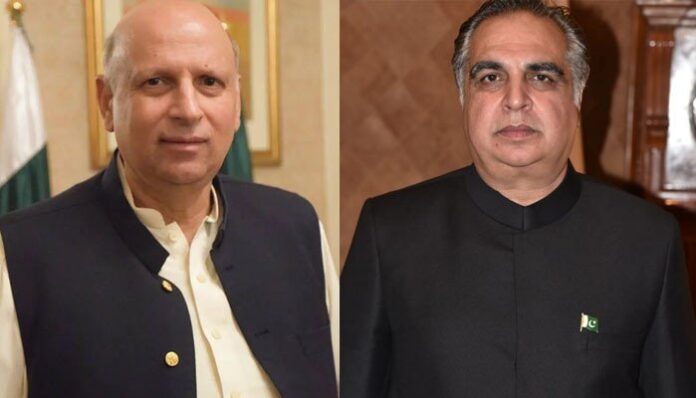 Punjab Governor Chaudhry Muhammad Sarwar called on his Sindh counterpart Imran Ismail at Governor House in Karachi on Sunday and discussed development measures for both the provinces with the support of the federal government.

Sarwar said that special attention is being paid to the improvement of education, health and infrastructure in Punjab and the provincial government was also working on development projects in urban and rural areas. He said that the development in Pakistan is not possible without improving economic conditions and he hoped that the opposition would cooperate in electoral reforms.

He also said that Afghanistan was undergoing rapid changes and Pakistan wants a peaceful Afghanistan. He expressed his support for the people of Kashmiris who were going the difficult times.

Ismail said that the present government made progress in every field and completion of development projects will raise the living standards of a common man. In the province.

He said that the development and stability of the country were the top priority of the government.

LAHORE: Dacoits on Sunday looted cash and gold ornaments worth Rs34 million in the ‘biggest robbery of the current year’ in Lahore. According to the...
Read more
- Advertisment -

December 8, 2021
ISLAMABAD: Federal Minister for Economic Affairs, Omar Ayub Khan on Wednesday said that Pakistan and China are entering into the next phase of China...