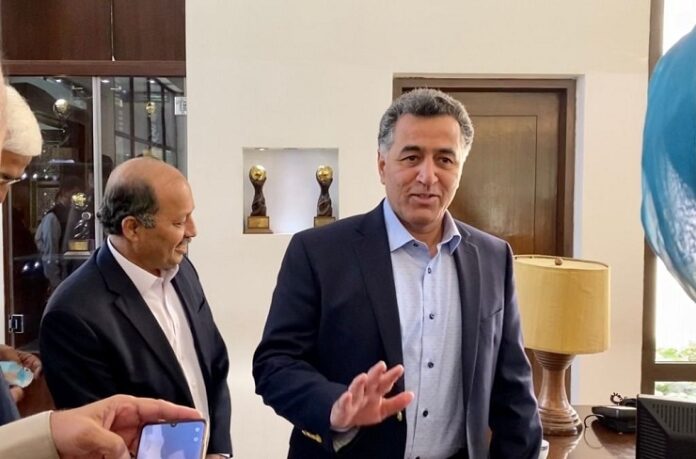 ISLAMABAD: The chief of Inter-Services Intelligence called on former Afghanistan prime minister and the boss of Hezb-e-Islami party in Kabul late on Saturday, reports citing people familiar with the development said.

Lt Gen Faiz Hameed arrived in Kabul — his first, and surprised, visit to the war-ravaged country following the August takeover of Taliban — early Saturday morning. While it was not clear what prompted him to undertake the visit, Reuters quoted a senior official in Pakistan as saying that he could help the group reorganise the Afghanistan military.

In his meeting with Gulbuddin Hekmatyar, Hameed discussed issues pertaining to the formation of an inclusive government — an uphill task Islamabad is pursuing in collaboration with his international partners.

A prominent face in the politics of the country, Hekmatyar continues to be a key figure ahead of the government formation and is hopeful of keeping some top posts once a new government comes to power.

Hameed’s tour coincided with the expected announcement of a national government by the Taliban who now shift gears from being an insurgent group to governing power.

Taliban co-founder Mullah Abdul Ghani Baradar, reported by some Taliban sources to be in line to lead the new government, said in remarks on Al Jazeera that the new administration “will include all factions of the Afghan people.”

“We are doing our utmost efforts to improve their living conditions. The government will provide security because it is necessary for economic development,” he said.

Following his arrival in Kabul, the spy chief was spotted at a local hotel where a correspondent for Channel 4 News, a British news channel, asked him: “What do you think will happen in Afghanistan now.”

“Don’t worry, everything will be okay,” Hameed responded.

“Will you be meeting senior people in the Taliban?”@lindseyhilsum asks Pakistan’s intelligence chief Lt Gen Faiz Hameed, about their hopes for Afghanistan as he arrives in Kabul. pic.twitter.com/rp72c8Si9E