Work on much-delayed KCR project to start next month 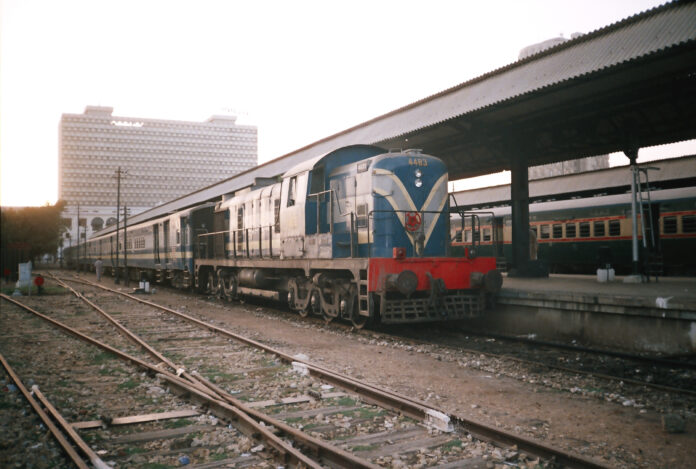 ISLAMABAD: After over 20 years of closure, the work for revival of Karachi Circular Railway (KCR) project is going to start by next month as arrangements for the same have almost been finalized.

According to officials at the Ministry of Planning and Development, a groundbreaking of KCR will take place in September 2021 as the ministry has directed all departments/ministries to complete codal formalities by the end of this month.

Federal Minister for Planning, Development, and Special Initiatives Asad Umar has directed the concerned officials to ensure the groundbreaking in next month. During a meeting held at the ministry on Wednesday to review progress on KCR project, it was informed that the feasibility study of the project was on track as per the timelines will be completed by the end of August.

Keeping in view the importance of the KCR flagship initiative of the government, which should be a modern urban rail-based mass transit project, the meeting presided over by Planning and Development Minister Asad Umer, decided that a separate project be prepared for the civil structure of KCR for completing the project on a fast track basis. The PC-1 for civil structures must be brought for approval and subsequent funding through the Public Sector Development Programme at the earliest.

It was observed that simultaneous work on both the components of KCR will result in months of time saving and completion of the project.

The meeting on Wednesday was informed that the KCR envisages construction of a 43-km long world-class affordable mass transit system using environment-friendly electric trains. Secretary Railway informed that the Karachi Circular Railway project is on track as per the timelines given by the Ministry.

Asad Umar said that simultaneous work on PPP components of KCR will result in months of time saving and completion of the project. So, the Railway shall expedite the consultation with P3A.

The Karachi Circular Railway revival project includes the transformation of the old KCR into a mass transit system for addressing the traffic congestion of the mega city of Pakistan.

Opened in 1964, the route of the old KCR started from Drigh Road and ended in Karachi. The railway ceased operations in 1999 after it suffered huge losses. In 2005, however, revival plans for the railway were initiated to fulfil the growing transportation needs of Karachi.

During the meeting, important issues related to the freight corridor were discussed and reviewed. While discussing Freight Corridor project from Keamari / KPT to Pipri Marshalling Yard which envisages construction/ dualization/ up-gradation of 50-km dedicated freight corridor from Karachi Port to Pipri and includes the development of an Inland Container Depot/ Marshalling Yard at Pipri. It was briefed that the Project is expected to facilitate 40% of the cargo meant to be transported upcountry. Further, the plan has been submitted to the PPP Authority for its approval.

Asad Umar directed that the corridor must be designed to optimize the level-of-service outcome, and in addition to the financial costs, the destination time has to be reduced as well. He also directed all concerned officials to ensure the completion of the projects within the timelines, as these projects are crucial for the socio-economic wellbeing of the people of Karachi.

Railways Minister Azam Khan Swati, secretaries of Planning and Railways, the Chief Executive Officer of the Public-Private Partnership Authority and senior officials of the two ministries attended the meeting