MoST reforming its ‘corrupt’ organisation PSQCA

Over 400,000 EVMs may need to hold next general election: Faraz 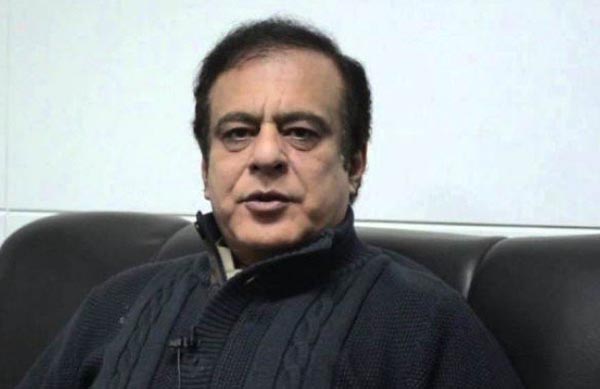 ISLAMABAD: As there are many complaints and issues related to corruption, irregularities and poor performance in Pakistan Standard and Quality Control Authority (PSQCA), an attached department of Ministry of Science and Technology (MoST), the ministry is going to reform the organization.

This was said by Minister for Science and Technology Shibli Faraz, while talking to this scribe after a program related to Electronic Voting Machine here on Wednesday. The minister said that PSQCA was one of the most important organizations under his ministry. Unfortunately it has many issues to address. “This is why we are going to transform the whole organization,” he said.

In reply to a query the minister said that all laborites of PSQCA, licenses of which were suspended by Pakistan National Accreditation Council (PNAC) for two years, would soon be reaccredited.

According to an insider, the ministry has decided to shift the headquarter of PSQCA from Karachi to Islamabad to address issues related to management and performance of the authority, which is the only standard body of the country. PSQCA’s performance has not been up to mark since its inception in 1996, it has only developed mandatory standards of 42 food products, and there are question marks on their implementation.

Meanwhile, briefing the media about the Electronic Voting Machine (EVM) being introduced by the incumbent government, the minister said over 400000 machines may be needed to conduct the next general election.

He said EVM is the only way forward for ensuring free and fair elections in the country.

Shibli Faraz said the Ministry of Science and Technology is determined to improve the Electronic Voting Machine to the maximum level as per requirements of the Election Commission of Pakistan.

The Minister said it is the need of time to use technology for improving our electoral system. He said the government aims to take all stakeholders including opposition on board.

He urged the opposition members to join hands with the government in improving the electoral process to make it more credible and reliable.

According to him, the Free and Fair Election Network (FAFEN) and Pakistan Institute of Legislative Development and Transparency (PILDAT) were also briefed about the newly-developed electronic voting machines (EVMs). The EVMs have been developed in accordance with Prime Minister Imran Khan’s vision and directives of the federal cabinet in a bid to make elections in Pakistan transparent.

“Now we would brief every provincial assembly, Chambers of commerce, trade bodies and associations to inform and convince them about the new technology,” he said.

Earlier this month, the Science and Technology Minister had announced the development of the electronic voting machine at a press conference, where he said that the machine is ready to use.

Later, PM Imran Khan cast a mock vote to test the performance of the EVM during a detailed briefing by Faraz.

Faraz declared the EVMs as the “best” solution to rigging, saying that the machines cannot be tampered with, so their use could make the elections transparent.  Faraz had also asked other political parties to come and test the EVMs and satisfy themselves.

Ghulam Abbas
The writer is a member of the staff at the Islamabad Bureau. He can be reached at [email protected]om.pk