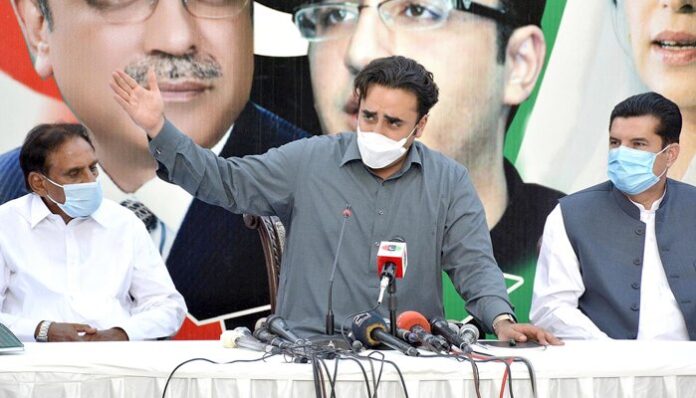 KARACHI: Pakistan Peoples Party Chairman Bilawal Bhutto Zardari condemned the recent hike in petrol prices by the Pakistan Tehreek-e-Insaf government, and said that the puppet Prime Minister has once again neglected the plight of the poor.

“The government is, in fact, slashing its expenditure by abdicating its responsibility to protect the most vulnerable, and its policy to raise revenue by unleashing ‘petrol bombs’ and ramping up indirect taxation on a country already reeling from three years of economic malice and incompetence.”

In a statement issued on Monday, the PPP chairman rejected the petrol price hike and revealed that the prices have increased by Rs10 per liter within a month. He said that the increase in prices of petrol products would further escalate inflation, adding that Pakistan could not afford more inflation.

Bilawal Bhutto Zardari said that the incompetence and failures of the selected government are causing obstacles in the progress of the country.

“The selected Prime Minister is unable to run the country – he knows nothing but lies and political victimisation,” he added.

Addressing the selected Prime Minister, he said, “Khan Sahib, have mercy on the people and reverse the increase in petrol prices.”

Bilawal also condemned the increase in taxes and pointed out that the previous PPP governments had kept petrol prices stable even in the most challenging circumstances.