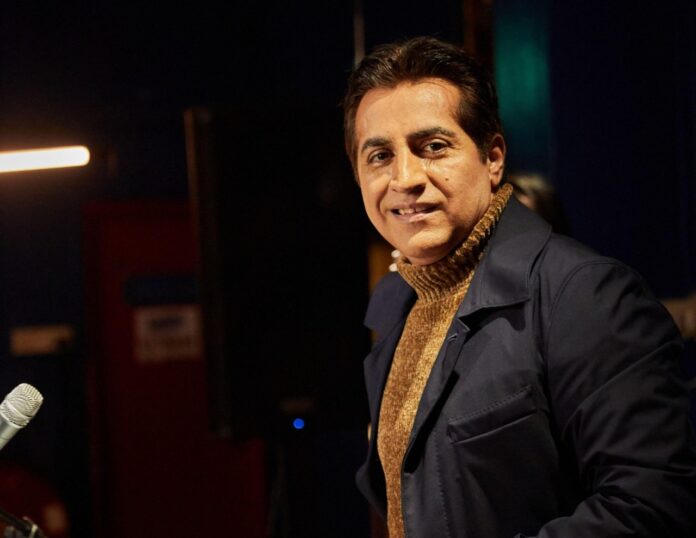 Qamar Saleem, a senior financial executive by profession and singer/musician by heart, has released his third song ‘Sona’ on Friday and it celebrates the most cherished experience of “first love” and the rejuvenating value it carries throughout our lifetime.

Talking about latest release ‘Sona’, Qamar says “the first infatuation is something that always remains with one; it’s something to be deeply treasured. Many years hence, any memory of the same uplifts the soul. Nothing quite matches the passion of that initial feeling”

Qamar Saleem has successful career in finance in Singapore, but break from travelling in recent pandemic gave him a chance to chase his passion of producing music while maintaining an impressive career as international finance expert.

Initially, he used his music to give people hope in these turbulent times. Qamar dedicated his song “Ankaha” to the families who lost their loved ones due to COVID-19 globally.

Starting from his tender teens, Qamar has built his arsenal of musical knowledge through years of study and immersion into various cultures from all the countries across the globe that he’s lived in, thanks to a demanding career in finance. No stranger to hard work, Qamar has always ensured a space in his home for his own studio, amidst the balance between work and family.

Sona” or “Precious One”, like all his music narrates a story – a story of first love, remembered and cherished. Qamar explains that the first infatuation is something that always remains with one; it is something to be deeply treasured over the course of many years and therefore, any memory of the same uplifts the soul. “Nothing so pure and unique can ever be forgotten. There is no match to the innocent passion of that initial feeling as it overwhelms the senses,” the singer said.

When asked about the inspiration for the video, he says it was derived from sharing the translation of the song with the creative team (since they don’t speak Urdu) and what he had felt about the song and the emotions he wanted to bring out. They tirelessly immersed themselves into the song on repeat until the creative team came up with a concept which resonated with the message of Sona, as the song contains many elements to it. Including many personal elements as his songs are always driven from life experiences and inner emotions.

With so much to offer, “Sona” is truly in line with Qamar Saleem’s brand of music. Music with no boundaries, music with a message and most of all, music for the world.

‘United we win, divided we fail’

ISLAMABAD: The number of smokers in Pakistan would reduce sharply and the related health burden would also come down if the government would increase...
Read more
- Advertisment -