The Failure of a System

The harsh lessons of the suicide of a CSS aspirant 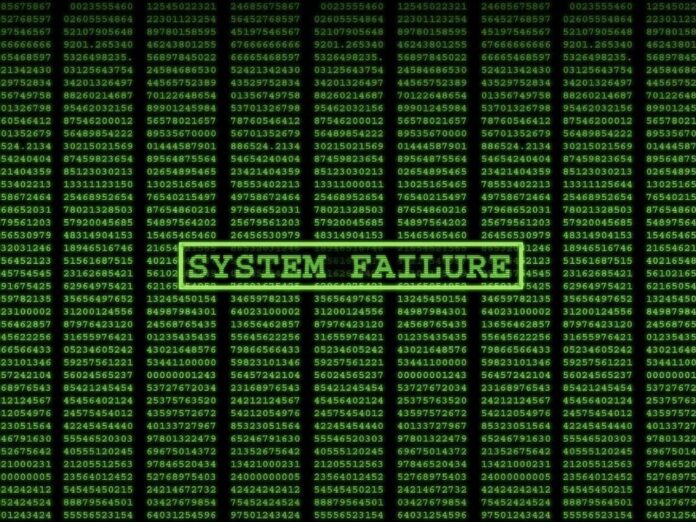 A student preparing for the Central Superior Services exam took her life leaving behind a suicide note, unfulfilled dreams, and endless hopes. She felt herself a burden and a failure. Her words are not only heartbreaking but also an eye-opener for the general public. But, the question is whether a girl with a million dreams in her eyes deserved such a sad ending? Did she not deserve a life full of happiness? A life of her choice? She could have been one with all the blessings in her life but it was not to be because of depression and external pressures.

Her sad demise puts into the spotlight the mental state of a student and the role of society. It would not be an exaggeration to say that her suicide is a collective failure of a system that could not prevent an aspiring student from taking her own life. Here, it is important to mention that the act of suicide is wrong in itself and the purpose here is to identify the reasons which led to this destructive act.

Achieving a position or status should not be the outcome of education, but the final achievement should be a learned and moral human being who can contribute to the welfare and wellbeing of humankind. Life is a blessing of the Almighty, and society should create an atmosphere where no one would think about taking his or her life

But, unfortunately, this has not been the case. No doubt religious scholars have played a beneficial role and given a lot of sacrifices in preaching the Islamic values of peace, tolerance and welfare but still, religion has remained in the hands of so-called religious representatives who worked for their interests. As they had their agenda, less emphasis was laid on the teaching of basic values. This created a vacuum in the spiritual uplift of an individual and resulted in the inclination of the individual towards materialistic gains.

Secondly, education plays a vital role in the personality development of an individual. The purpose of education is the diffusion of values, norms, common goals, customs, traditions and knowledge from one generation to another. Pakistan is an Islamic state where sovereignty belongs to the Almighty. The Quran and the exemplary life of the Holy Prophet (PBUH) holds a central role. The essence of the teachings of Islam are peace, love, tolerance and welfare of mankind. It transcends a human being from materialism to spiritualism. But unfortunately, these values could not be transferred from one generation to another completely. Therefore the purpose of education has changed entirely. Instead of being a source of ethical, moral and spiritual development, it has transformed into a tool for materialistic gains. This materialism has changed the scope and purpose of education. Therefore, the evolution of an individual and society is material rather than spiritual.

According to the Islamic point of view, a human being’s ultimate aim should not be to gain material benefits only despite living in a material world. But, unfortunately, our educational system is pushing the society towards absolute materialism instead of higher values. The CSS exam, with all its glory and charm, appears as a lucrative option for young individuals who aim to achieve highly in life. But, the induction method which comprises many phases, from written examination to the final allocation requires time, tenacious effort,  hard work and above all patience.

Here, the role of society becomes very important. Not long ago, the family system and social structure were equally responsible for the inculcation of higher values in a new generation. It was an informal way of imparting higher values. Every member of society was a source of transmission of spiritual, ethical and moral values. But, with the ever-increasing materialism, the social bond has weakened. And, instead of helping an individual, the system has become a source of restlessness. Now, the pressure of expectations from family, friends and society becomes a burden for the aspiring candidates. It is this pressure that turns into depression.

The recent suicide of a CSS aspirant is an evident example. And this is not the only example. The suicide rate among students has been increasing. The gravity of the matter can be observed by the fact that even school going students have fallen prey to depression and external pressures. Having said that, the lack of a proper counselling environment further aggravates the situation. Educational institutions, despite charging hefty amounts, fail to provide a basic and necessary counselling environment.

However, achieving a position or status should not be the outcome of education, but the final achievement should be a learned and moral human being who can contribute to the welfare and wellbeing of humankind. Life is a blessing of the Almighty, and society should create an atmosphere where no one would think about taking his or her life.

This would only be possible with the collective efforts of the whole society.

An optimistic attitude should be inculcated in the students that what matters most is spiritual, moral and ethical uplift rather than material well-being. Moreover, a proper counselling mechanism should be adopted in all educational institutions at all levels that would take care of students from the basic level and make sure they are free from the evil of depression.

Hearing Professor Pervez Amirali Hoodbhoy’s concern about the dwindling numbers of ‘normal’ ladies in universities I was reminded of a video that became popular...
Read more
Comment

Is your child secure? Parents are very sensitive about their children. According to a UNICEF recommended report 1 in 3 internet users worldwide is...
Read more
Comment

For decades, Israeli leaders have been engaged in a deliberate and persistent false public narrative to justify the occupation on the grounds that it...
Read more
Editorials

After opposition and media

Soon after the ECP submitted a report to the Senate raising serious questions about the feasibility of holding the next elections with Electronic Voting...
Read more
Editorials

Following the Taliban takeover of Afghanistan, a lot of volatility has been witnessed, both in terms of the security situation in the war-torn country...
Read more
Comment

According to the statistics released by National Database and Registration Authority, people with disabilities make 0.17 percent of the population of Pakistan. You are...
Read more