Azeri media and its history

The war with Armenia showed how important the media can be 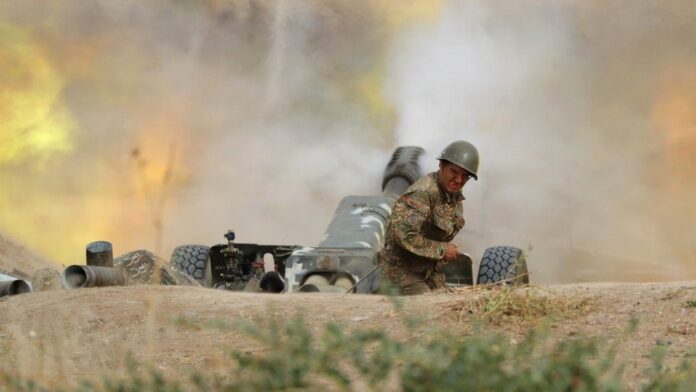 The Azerbaijani nation last December gave a historic defeat to the Armenian army and reclaimed -its lands that were illegally occupied by aggressor forces. I had been following this second Karabakh war in the context of the role of Azerbaijani media because this dimension is under the scope of studies of philosophy of communication.

A unique feature that I found during my research on the role of media as a state war tool, was that the Azeri media refrained from indulging in crude propaganda.

The Azeri media provided information from the war zone in such a way that the world media, particularly European media outlets used this information from Azeri media outlets. The second option for the European media was the Armenian media, but the Armenian media was providing loaded information and crude propaganda material. Media is a big component of the war machine and if it has credibility, then it can play an exceptionally positive role to place the narrative of a nation at a global level. This was what the Azeri media achieved during the 44-days war.

My close interaction with the Azeri media gives me a sense that, having a history of 144 years, it is very efficient and forthcoming in placing its version on global news. The Azerbaijani Media portrays a realistic picture and unbiased situation analysis, which of course adds credibility to any media. So far as the situation of Nagorno-Karabakh was concerned, I followed the entire event with comparative studies of news coming from a war zone and found the Azerbaijani media credible and clear in providing raw information. Azerbaijani news agencies took a lead and showed the world that manipulative information cannot work anymore.

The Pakistani media and state can learn a lot from the Azeri model and media-to-media interaction between Pakistan and Azerbaijan can be very useful for both the countries. I believe that if the media does not enjoy credibility and is used for domestic purposes and for domestic consumption then it is useless media and cannot fight internationally whenever it is needed forth

The world is not ready to accept fake news, the audience is now informed enough that they can figure out twisted and tilted viewpoints, that’s why people want to know the truth. Azerbaijani media not only presented its case earnestly but also with the help of other countries’ media outlets it made its case even stronger. During the entire period of war, the Azeri media had been asking for authentic and research-based write-ups from foreign researchers like me, and it seems their only concern was not defending their case but also they were eager to understand a non- Azerbaijani viewpoint.

The professional maturity of the Azeri media comes from its 144-year history that started on 22 July 1875, when the foundation of the first Azeri Language Newspaper Akinchi, was laid by the great enlightener and publisher Hasan Bey Zardabi.

According to Azeri journalist and researcher Laman Ismayilova, Hasan Bey Zardabi fought for the enlightenment of Muslims in the Caucasus and he faced several crises during the two years of publication of his newspaper but he did not bow down to circumstances.

The newspaper published materials on achievements in the fields of science, education, culture, literature, and art and declared the need for changes in the education system. Popular science articles on agriculture and natural sciences were published on its pages. There were also stories about the social and cultural state of Muslims in the Caucasus, which harshly criticized superstition and backwardness.

“The main principles of Akinchi were the enlightenment, modernization, promotion of national interests, unity of national and universal values,” writes Ismayilova.

The Russo-Turkish War (1877–1878) had an adverse impact on emerging journalism in Azerbaijan and censorship was imposed against journalism, performing arts, and literature.

Theatre, drama, literature, and other forms of fine arts historically either influenced the socio-political sphere of their era or had been influenced by the political developments of the respective period and in societies, where freedom of expression was limited and censorship was a pronounced hurdle to portray and express about the situation, comedy played a pivotal role to deliver a message against oppressors therefore, we find several forms of comedies in writing, literature, drama, and theatre, although comedy is a humorous discourse and intend to amuse by creating laughter. Several forms of comedy were used to express messages without being victims of oppression and censorship in Azerbaijan.

The perfect example of using comedy and satire under censorship was weekly Molla Nasruddin. The eight-pager was a satirical magazine and it borrowed the name “Molla Nasreddin” from the 13th-century character Nasraddin who is known for comic but multi-meaning conversations. The magazine criticized corruption, snobbery, ignorance and promoted equal rights for women as well as freedom of expression and preservation of national language and traditions.

Molla Nasreddin also addressed uneducated people and used satirical verses, stories, and cartoons to convey its messages to society. The magazine was banned several times in 1912, 1914, and 1917. Despite all hardships, the publication managed to stay in print for over 25 years (1906-1931). However, Azeri thought and Azeri identity survived under the Soviet era because Azeri writers and journalists contributed with a clear goal of preserving national identity under subjugation. This history of the Azeri media gives us a message that media can only be useful as a state tool during conflict times or under war situations when it has credibility at the international horizon and this credibility can earn only through the independence of media by the state powers.

The Pakistani media and state can learn a lot from the Azeri model and media-to-media interaction between Pakistan and Azerbaijan can be very useful for both the countries. I believe that if the media does not enjoy credibility and is used for domestic purposes and for domestic consumption then it is useless media and cannot fight internationally whenever it is needed for.