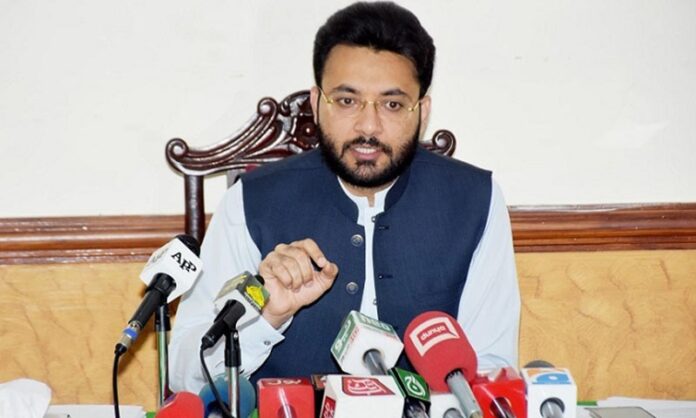 FAISALABAD: State Minister for Information & Broadcasting Farrukh Habib said on Tuesday that targeting a phone number which was earlier in use of Prime Minister Imran Khan through Israel spyware, was very embarrassing, for which, Nawaz Sharif and Marryum Safdar would have to answerable.

Addressing a press conference here at circuit house, he said the number was targeted when Imran Khan was an opposition leader and raising his voice on corruption scandals and Panama Leaks.

He said that it was the Nawas’ history of hacking numbers of politicians, judges, generals, heads of intelligence agencies and so on.

He said that Nawaz Sharif and Modi had a deep-rooted friendship, adding that when Modi was getting hacked numbers in his country, in Pakistan, Nawaz Sharif helped Modi for hacking numbers of opposition.

He said that Nawaz Sharif had refused to meet Hurriyat leaders as a result of his friendship with Modi.

The minister said that investigation was underway and many characters involved in malware would be exposed.

“Why only Imran Khan’s number was malware but not of anyone from other political parties?” Farrukh questioned.

The minister said that Nawaz Sharif would have to clear his position on the issue.

Reacting to the phone-tapping revelations a day ago, Federal Minister for Information and Broadcasting Fawad Chaudhry had said he was “extremely concerned” by the reports. “Unethical policies of Modi government have dangerously polarised India and the region,” he had tweeted.

The Indian government denied in 2019 that it had used the malware to spy on its citizens after WhatsApp filed a lawsuit in the United States against NSO, the Israeli company producing the spyware, accusing it of using the messaging platform to conduct cyber espionage.

Israel’s NSO Group and its Pegasus malware have been in the headlines since at least 2016, when researchers accused it of helping spy on a dissident in the United Arab Emirates.