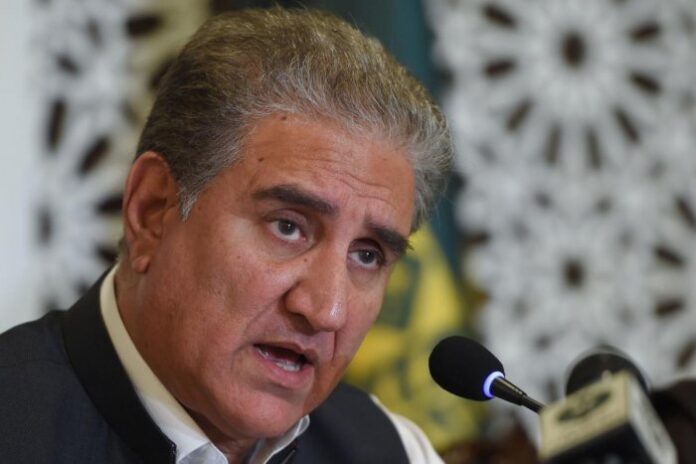 ISLAMABAD: Foreign Minister Shah Mahmood Qureshi on Wednesday reiterated Pakistan will not take sides in the Afghan conflict and will support the decision of the people of the war-battered country.

Talking to a news channel, the foreign minister said that intra-Afghan peace talks were the only way forward for lasting peace in Afghanistan. “Whether the US decides to sit or not, it is the Afghans that had to sit together to resolve the issue,” he said.

Qureshi said that the Taliban should also think that they could not form a government on their own, and no government could withstand the wave of public sentiment. “Anyone neglecting the power of people will be committing a grave mistake,” he said.

While calling for all stakeholders to sit together, Qureshi said that any peace offer from the Taliban would be welcomed.

On July 1, in a briefing from the military high command to the MPs during a session of the Parliamentary Committee on National Security, it was conveyed Pakistan Pakistan will welcome the true representative government of Afghanistan’s people and continue to play its responsible role for lasting peace in the neighbouring country.

The meeting was further told that Pakistan had honestly played a “very positive and responsible” role in the Afghan peace process.

“Due to Pakistan’s efforts, not only was the path paved for talks between different Afghan factions and warring groups but meaningful dialogue between the United States and Taliban was also started,” the MPs were told.

“We believe in the fact that lasting peace and stability in Afghanistan will actually result in stability in South Asia,” a press statement said.