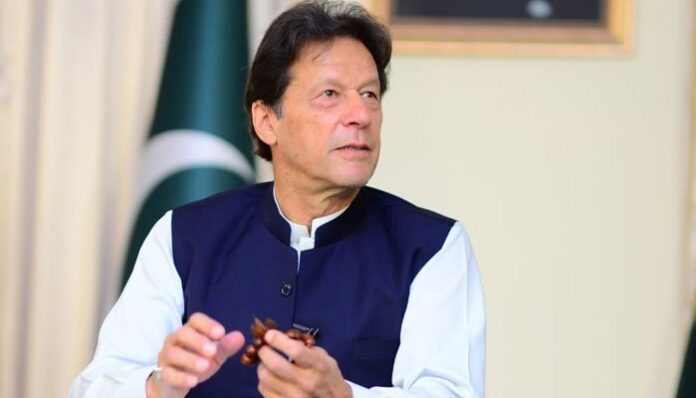 ISLAMABAD: Prime Minister Imran Khan congratulated the National Command and Operation Centre, which oversees the response to the Covid-19 crisis, on Wednesday after Pakistan ranked third on a list of countries ordered by how much they have returned to normal during the pandemic.

The Economist has developed a “normalcy index” which ranks nations by their progress. It tracked eight variables — sports attendance, time at home, traffic congestion, retail footfall, office occupancy, flights, film box office and public transport — for 50 countries representing about 75 percent of the global population and 90 percent of global GDP.

At the top of the chart is Hong Kong at 96.3, followed by New Zealand (87.8) and Pakistan (84.4). Whereas India, which has been struggling in face of the pandemic after a disastrous outbreak of the highly contagious Delta variant, is ranked 48 with a score of 46.5.

“Congratulations to NCOC members, Ehsaas team & State Bank of Pakistan for effective response to Covid-19 pandemic; and above all thanks to the mercy of Almighty Allah,” the prime minister tweeted, sharing a screenshot of the index.

Congratulations to NCOC members, Ehsaas team & State Bank of Pakistan for effective response to Covid 19 pandemic; and above all thanks to the mercy of Almighty Allah. pic.twitter.com/C8vQP4D9ku

While the South Asian region was seen as a high risk for the pandemic, thanks in part to its very low standards of healthcare, Pakistan has surprisingly done well to contain the contagious disease.

At its peak, Pakistan hit nearly 7,000 new cases a day by mid-June last year but that crashed to 330 by September.

Apart from that, health experts believe Pakistan might also be helped by its demographics. With a median age of 22, it’s among the youngest countries. Part of the difference for this mortality could come from demographics, given that Covid-19 mortality goes up sharply for the elderly. “Pakistan’s median age being lower will certainly have an impact,” explained Jacob John, a former professor from Vellore city of India.

The global normalcy index fell to just 35 in April 2020, before improving gradually over the following months. It currently stands at 66, suggesting that the world has travelled roughly half of the way back to pre-pandemic life, according to The Economist.

“Activity is not back to normal in any of the countries we track. The reading for China briefly returned to pre-pandemic levels during its celebrations for the lunar new year in February — owing in part to record-breaking box-office receipts — but the country now has a middling rank.

“Hong Kong and New Zealand — two places that have implemented effective measures against the coronavirus and suffered relatively few deaths — are currently at the top of our table.

“Malaysia, which is suffering from a deadly wave of infections caused by the more transmissible Delta variant, sits at the bottom,” the report stated.