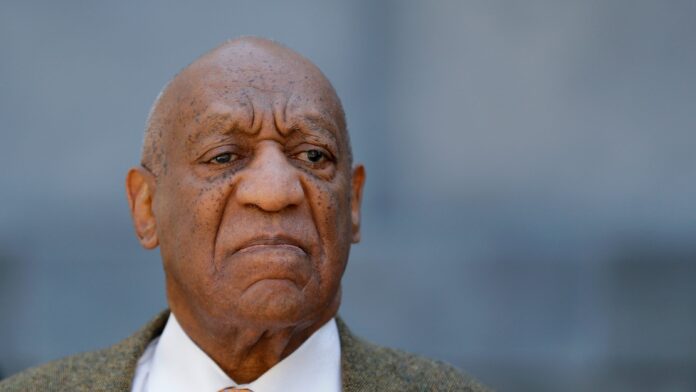 I think we should concentrate on good news rather than bad, so if some people are celebrating the overturning of Bill Cosby’s conviction of criminal assault, we should be glad too. In Pakistan, the biggest celebration was by Ali Zafar, the singer and harrassment accused, It has been said that there was a separate celebration in Islamabad, where Imran Khan had his old buddy Umar Sheikh, the former DPO of Lahore, got together to mark this victory for truth and justice. In the USA itself, Harvey Weinstein led the celebrations, while osby himself was out shopping for an overcoat and a van, in which he intends to hang around schools until he finds a girl interested enough in a showbiz career.

This is big. US actor James Franco just agreed to pony up $2 million to the girl who accused him of harrassment at the acting school he ran, back in 2017, which ruined his career. He still can raise the money though. I don’t know  if he was celebrating Cosbby’s acquittal,  but he might use the verdict to beat the girl down.

Franco is particularly interested, because Crosby was convicted after a deposition he had made in a civil suit, potentially incriminating but on the understanding that he would not be prosecuted, was used by the prosecution. Obviously, Franco admits to something, which is why he’s paying. But now there can be no prosecution.

Of course, it’s the fault of the girls, who obviously are wearing insufficient clothes. But can’t Crosby go to a disco or a nightclub? I’m sure if he follows Imran’s prescription, and does the robot, he’d be cured.

Zulfi Bukhari did not need the cure in Israel, which showed he was not in Tel Aviv either to visit its nightclubs, or to meet the head of Mossad. As he announced at a press conference, he was with the DC Rawalpindi at that time. Now it was with the Commissioner he’s supposed to have been involved in the Rawalpindi Ring Road, so is this an attempt to involve the DC now?

Or were they together at some nightclub or disco (we all know how many there are in Rawalpindi)?

I wonder if those are the establishments to be included in the relaxation of covid-19 restrictions. I don’t exactly know of any discos or nightclubs in Rawalpindi, but I imagine there wouldn’t be much point in one if one had to observe social distancing there. I think restaurants are a better bet, for you can gorge yourself even if you stay away from people. Still, one has to be careful, because it seems that now there is a delta variant of the coronavirus, which is not just deadlier, but also can infect vaccinated individuals.

If you’ve been vaccinated, you might still catch the virus. It’s enough to make one imagine that vaccine manufacturers are working  to make variants that won’t work with rivals’ formulations. Far-fetched? WQell, anything to make a quick buck. Look, a gang has been arrested in India for injecting people with saline solution (salt water) instead of the vaccine. And then charging for the vaccine.

The moral of the story is that someone who dies of the coronavirus despite having been vaccinated, may not have been vaccinated at all. I suppose that sort of thing doesn’t happen anywhere in Canada. Not even in Saskatoon, where a man recently had his beard cut forcibly while he was returning from a mosque, dressed in shalwar kameez..This comes just after a family was slaughtered in Ontario. Well, it’s not all white supremacists, because seven members were killed in Calgary, Alberta, in a fire which was not started by white supremacists.

The beard-cutting thing has developed lately. There was an incident in India before. I’m a little surprised, for while the berd is hardly as popular as it was during the 19th century, it has staged something of a comeback after the scraped chins of the 20th century.

Once beards were favoured by hippies, and the squares of the 1960s and 1970s would shout at hippies, “Why don’t you shave?” Only I don’t think it got to the point of forced beard shearings.

Anyhow, there’s a sense of impending… not doom, but a great event. No, not the fall of the government, nor the US withdrawal from Afghanistan, but the arrival of the monsoon. As soon as the month turned, so did the weather. There hasn’t been any rain yet, but it’s now muggy. A sneaky arrival, the opposite of the storms of yesteryear.