Inside the Afghan peace process 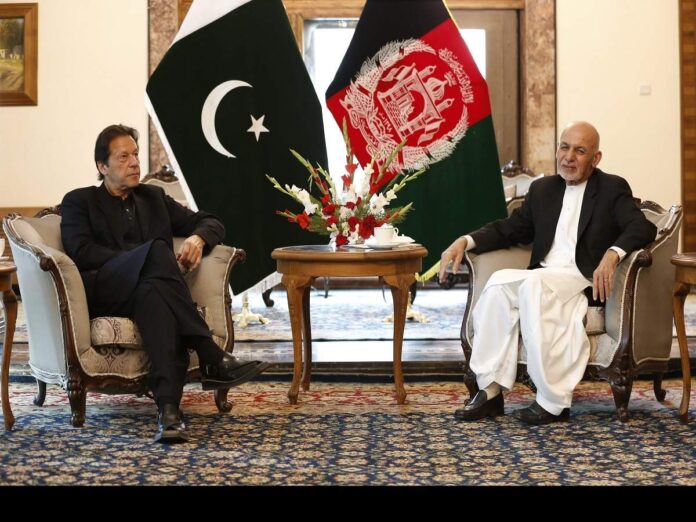 Afghanistan is an important state approximately situated in Central Asia. It has its borders in the east and south with Pakistan and uses the sea route via Pakistan. Both countries have about 2600 km long border, fencing of which is nearing its completion to ensure hostile and anti-peace elements do not cross into Pakistan with ulterior motives.

Afghanistan has been suffering from wars since the 1970s. After the brutalities of the civil war, the country was invaded by the USSR in 1979 and after its withdrawal without achieving the desired objectives and suffering heavy losses, the USA attacked Afghanistan in the wake of the 9/11 terrorist attacks on New York and Washington DC in 2001. Afghanistan has suffered the most due to wars and instability, and has lost billions of dollars and thousands of armed forces, security agencies personnel and civilians, including women and children, in the War on Terror which the USA had started.

Pakistan has been supporting the peace process in Afghanistan and had played a key role in bringing the Taliban and the USA to the negotiating table, with both sides signing the peace deal in Doha, Qatar, on 29 February 2020 as a prelude to end the longest war in US history. Pakistan played a positive and constructive role in this regard as a facilitator for the Afghan peace process, and its efforts were duly appreciated and acknowledged not only by the US leadership, but also other peace-loving countries around the world. Pakistan, while bringing the two sides on the negotiating table, has also been stressing upon the Afghan government and the USA to keep close eyes on the spoilers, many of which are active here, there and everywhere to see that the ongoing Afghan peace process is derailed before its cherished objectives are realized.

In pursuance of the Doha Peace Agreement signed between the USA and the Taliban through the positive contributions made by Pakistan, on new US President Joe Biden’s orders, withdrawal of US and allied NATO forces his yw had started from 1st May, with the withdrawal scheduled to be completed by another 9/11, on September 11 year, marking the 20th anniversary of the terrorist attacks on New York and Washington DC.

Dialogue is the only meaningful solution to end the long war in Afghanistan and let peace return to the war-torn country as early as possible. Pakistan has played its vital role in bringing the Taliban to the negotiating table with the USA and signing the Doha Agreement.

Wishing for early return of peace and stability in Afghanistan, as sincerely desired by civil and military leadership of Pakistan, it is also imperative that an international forum comprising the stakeholders is in place to ensure that the desired objectives are achieved, that the peace initiative fully supported by Pakistan is not in any manner destroyed by the spoilers like India and even those inside Afghanistan itself.

Pakistan has been striving hard for ensuring peace and stability in Afghanistan, has been the most affected neighbouring country by the longevity of the Afghan war which was not in the favour of the whole region in particular   as well as the world powers on the whole. The civil and military leadership of Pakistan as the facilitator have all along been stressing on an Afghan-led and the Afghan–owned peace process.

But if Pakistan is there as the facilitator of the long-sought Afghan peace process and the USA also wants to end the longest war and withdraw its forces from Afghanistan, there are also spoilers on this much wanted and desired peace process.

It is apparent that the Afghan government itself is not happy with the positive and constructive role played by Pakistan in the peace process. The Afghan government headed by President Ashraf Ghani is resorting to all sorts of delaying tactics to derail this peace initiative somehow or the other. Spoilers are trying their hardest to derail this peace initiative and secure their vested interests by continuously using the soil of Afghanistan with ulterior objectives,

Afghan President Ashraf Ghani and his close aides are apparently unhappy with the peace agreement as they believe it has put the Taliban in the driving seat. This is evident from President Ashraf Ghani’s recent interview to a German newspaper where he had accused Pakistan of covertly supporting the Taliban and allowing the insurgent leaders to direct violence inside Afghanistan. The Foreign Office of Pakistan has strongly denied these baseless allegations levelled by the Afghan President. The use of filthy language against Pakistan by the National Security Adviser of Afghanistan also cannot be without the consent and approval of the Afghan President.

Indian interests in Afghanistan are also threatened with the ongoing Afghan peace process.  India has been supporting the terrorists’ outfits in Afghanistan and New Delhi’s nexus with the Tehrik Taliban Pakistan, Islmic State Khorasan Province and Afghan intelligence agency NDS are also well-known. A stable Afghan-Pakistan border is also something India is unhappy about. India has been resorting to terrorist activities inside Pakistan and is obviously opposed to the ongoing process of fencing of the Afghan-Pakistan border, a forerunner to peace and stability.

Afghanistan has been at war for more than four decades and all these years millions of Afghans have lost their lives.  The Afghan people had fled to Pakistan in the wake of the Soviet invasion in large numbers, and over three million are still being hosted by Pakistan to the appreciable acknowledgement by the UN High Commissioner for Refugees and other international forums and forces.

Needless to mention here that Pakistan cannot afford persistent instability in Afghanistan, as time and again pointed out by its civil and military leadership. It is also notable that Pakistan is striving for collective development of the region and also willing to make maximum possible contributions to the rebuilding of Afghanistan, once complete peace and stability returns to the war-torn country. Only an Afghan-led and Afghan-owned solution can lead to durable peace and stability in Afghanistan.

Pakistan is genuinely concerned and worried about its immediate western neighbour, Afghanistan. These worries are getting more and more serious and problematic with the passage of time. The US troops withdrawal from Afghanistan is taking place at a much faster pace and is likely to be completed earlier than the stipulated deadline of September 11, as given by President Joe Biden.

Prime Minister Imran Khan in an interview has stated that it is very important for Pakistan to have a political settlement and stability when the Americans leave and a government with consensus is established in Afghanistan that could prevent the country from descending into anarchy. The Prime Minister has quite rightly further said that we are concerned that if the Americans leave, and there is no political settlement, a situation may arise similar to the aftermath of the Soviet departure from Afghanistan, which will be detrimental to Pakistan as well as other neighbouring countries.

Cutting a long story short and wishing for early return of peace and stability in Afghanistan, as sincerely desired by civil and military leadership of Pakistan, it is also imperative that an international forum comprising the stakeholders is in place to ensure that the desired objectives are achieved, that the peace initiative fully supported by Pakistan is not in any manner destroyed by the spoilers like India and even those inside Afghanistan itself. It is high time that peace is given a fair chance in war-torn Afghanistan, which will be greatly encouraged and appreciated by the people and government of Pakistan.