Strategic depth for a peaceful Afghanistan 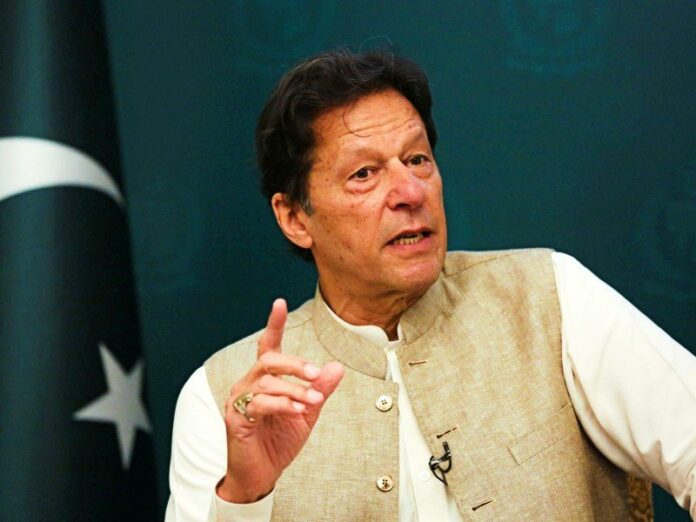 Prime Minister Imran Khan has said that the ruling PTI had changed Pakistan’s decades-long policy of pushing for strategic depth in Afghanistan to ensure that there was a friendly government there. The government wants to build a domestic consensus on its policy on Afghanistan.

However, this is easier said than done in the politically polarised environment, especially in the presence of Indian influence and network. If the situation worsens after the withdrawal of US troops, Pakistan may face a volatile situation that will have a direct impact on all aspects of life, including politics. There is a belief that Pakistan’s support to Afghan Pashtuns is aimed at finding a counterweight to the nationalists who interfere in Pakistan’s internal affairs and challenge the legality of the border.

Afghanistan has been mired in chaos and misery over the past 20 years. The war has killed at least 100,000 civilians and left the country’s political and economic systems in dire straits. The withdrawal of US forces from Afghanistan is expected to be completed much before the September 11 deadline. Over the past two decades, US troops and those of its allies were sent to Afghanistan to support Afghanistan’s public security and during this process, it tried to cultivate a pro-USA regime, but this was totally a failure.  The withdrawal of troops at this time shows that the USA has realized its Afghan policy is a failure.

Since last month, at least seven other districts have also fallen to the Taliban, two of them close to the capital city, Kabul, in the Maidan Wardak province. The UN’s human rights agency and its assistance mission in the country said that there was a disturbing spike in civilian deaths, with 3,035 fatalities and 5,785 injuries registered in 2020. The Taliban have carried out a string of attacks near vulnerable provincial capitals across Afghanistan since May 1, when the withdrawal process for the nearly 3,000 US-led foreign troops began, which is a sign that the Taliban is assessing the government’s capacity to safeguard the country once the withdrawal process is completed. It is believed that 50 percent of the area of Afghanistan is currently under the control of the Taliban, 30 percent under government control and the remaining 20 percent is hotly contested between the two. The Taliban are now an internationally recognised entity. All countries in the region are therefore trying to establish some form of relations with them realising that they will be major players in any future Afghan set-up. Moreover, the Taliban are believed to have around 100,000 trained fighters in their ranks. They have also formed a shadow government.

Unfortunately, the peace talks have hit an impasse for a number of reasons. The Taliban say they do not want US surveillance aircraft to be flying over their territory but the USA maintains these flights will continue. Taliban insist all their 7000 prisoners should be released but the Afghan government says it will not order the release till the Taliban reduce the level of violence. The USA says Taliban should break all ties with Al-Qaeda and oher militants and agree to become part of a future Afghan government, but the Taliban have flatly refused to participate in any such set-up with President Ashraf Ghani. The USA wants a safe and respectable withdrawal without a perception of defeat, and a broad-based political settlement in Kabul leading to an inclusive government. The USA has about 20 bases in the Middle East region and wants to retain some foothold in the region. At the same time, it also wants to move more resources to the Western Pacific region and focus on strategic competition with China.

In comparison to irresponsible US deeds, China underlines that the Afghan issue can only be resolved by political means and the future of Afghanistan should be left in the hands of the Afghan people.

The people of Afghanistan are going through a lot of fear about what may lie in the near future for them in the wake of pending Taliban rule. The fear is that if a negotiated settlement is not reached between the Afghan government and the Taliban– and the indications are not too promising so far– then there are chances that Afghanistan could slide into yet another civil war.

This would have an adverse impact on the region and especially on Pakistan. A fresh influx of refugees into Pakistan is one likelihood. This will exacerbate the burden that Pakistan is already bearing due to the very large refugee presence in the country. A civil war in Afghanistan could have a spillover effect and regenerate violence and militancy in the border areas. This would mean immense economic pressure on Pakistan, which is already struggling to cope with a faltering economy left weaker by the covid-19 pandemic.

In these circumstances, the peace and reconciliation process in Afghanistan should be Afghan-led and Afghan-owned. Afghanistan should form inclusive political arrangements to make sure that all ethnic groups and parties can participate in political life in the future and enjoy equal political rights. The Afghan national governance structure in the future should conform to the country’s national conditions and development needs.

The international community should make a due contribution to the final resolution of the Afghan issue, and should also play its due role for the long-term peace and stability in Afghanistan. Pakistan stands ready to continue working with regional countries and the international community to move the peace and reconciliation process forward, and help Afghanistan realize peace and stability at an early date.

PM Imran Khan’s assertion that Pakistan wants to avoid intervention and will respect whichever government the Afghan people elect to power sounds a sensible strategy, but it may be prudent for the government, and for the establishment that continues to have the dominant role in policy on Afghanistan, to make an extra effort to bring all political stakeholders on board and forge a consensus– howsoever loose– on the core policy to deal with the swiftly evolving situation across the western border. This is a lesson worth learning from the history of the past four decades. Pakistan needs to re-evaluate and upgrade its policy of strategic depth for peaceful Afghanistan, as a peaceful Afghanistan means peace in Pakistan.

Kashif Mirza
The writer is the president of All Pakistan Private Schools Federation and can be reached at: [email protected]

June 22, 2021
TCF (The citizens foundation) is such an organization which is rendering its services in entire Pakistan for the purpose of quality education. It aims...