The UNGA President showed up India 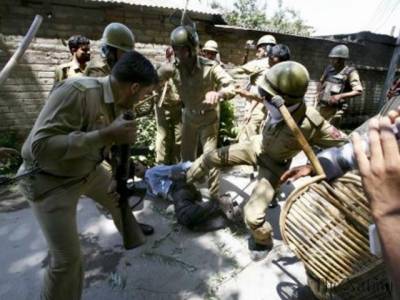 UN General Assembly President Volkan Bozkir, addressing a joint press conference with Foreign Minister Shah Mahmood on the conclusion of his visit to Pakistan, said, “I think it is the duty, especially Pakistan’s, to bring the Kashmir issue to the United Nation platform more strongly”. He also reiterated that all parties should refrain from changing the status of Jammu and Kashmir, as the solution was to be found through peaceful means in accordance with the UN charter and UN Security Council (UNSC) resolutions as agreed in the Simla Agreement between Pakistan and India.

However, Indian foreign ministry spokesman Arindam Baghchi said, “His remarks that Pakistan is ‘duty bound’ to raise this issue in the UN more strongly are unacceptable. Nor indeed is there any basis for comparison to other global situations.” Deputy Spokesperson of the UNGA President, Amy Quantrill, referring to the Indian reaction said, “The President was saddened to see a press statement from the Indian Ministry of External Affairs, which portrays his remarks on Jammu and Kashmir from a selective perspective, while they are consistent with the longstanding UN position regarding this issue.”

What the UNGA President said in the press conference and in regards to Indian reaction was an unequivocal repudiation of the Indian stance on Kashmir and reaffirmation of the fact that it was an international issue waiting to be resolved in consonance with UN resolutions. He also explicitly rejected the Indian action to end the special status of Kashmir, its annexation to the Indian Union and moves to change demographic features of the state through the promulgation of a new domicile law.

Indian actions are not only a blatant violation of the UNSC resolutions but also a breach of international law and the Fourth Geneva Convention. The foreign minister was right on the money while saying, “Pay attention. These are international obligations. The UN must play that role of responsibility which is due. The Kashmir dispute is a reality and no one can deny it or remove it from the UNSC agenda.”

The situation is ripe for building pressure on India to rescind the actions taken in Indian-Held Kashmir and pushing her towards finding a solution to the dispute. Nonetheless the greater responsibility lies with the UNSC, the UN Secretary General and the President of the General Assembly to move beyond statements.

The resolution of the Kashmir dispute, as pointed out by the foreign minister, is the responsibility of the UN. But it is regrettable that in spite of the acknowledgement of the dispute no credible action has been initiated for the implementation of the UN resolutions. The UNSC in its three informal meetings in the backdrop of annexation of the Indian Occupied Jummu and Kashmir also reiterated that the Kashmir dispute must be resolved in accordance with the principles of the UN Charter and the relevant resolutions. The UN Secretary General has also repeatedly emphasized this fact.  While these statements are welcome, the fact is that mere statements are not going to dissuade India from what it is doing and also to nudge it towards the solution of this festering dispute. It needs UN intervention in regards to implementation of the UNSC resolutions. Indian actions besides being illegal also constitute an affront to the world body and the international community.

India has been hiding behind Simla Agreement to claim that the Kashmir issue was a bilateral issue between Pakistan and India and therefore Pakistan could not internationalize it, notwithstanding the fact that the Agreement reiterates that the relations between the two countries would be governed by the UN Charter. The bilateral mechanism surely did not obviate the possibility of Pakistan taking the issue to the UN. Article 103 of UN Charter says “In the event of a conflict between the obligations of the members of the UN under the present charter and their obligations under any other international agreement, their obligations under the present charter will prevail.” What it means is that the UN resolutions on Kashmir will take precedence over all other international agreements on the same issue. So Pakistan is very much within its right to invoke the UN resolutions, after having been frustrated in finding a  solution through the bilateral arrangement.

Forty-eight years have gone by since the signing of the Simla Agreement, but India has never shown any seriousness in resolving the Kashmir issue and every time an opportunity for a dialogue was created, it wriggled out of it on one pretext or the other. Indian evasiveness in resolving the issue forced the people of Kashmir to launch a freedom struggle in 1989 which continues even after 5 August 2019 with greater intensity. Indian action has also jeopardized peace and security in the region about which Pakistan has repeatedly warned the UN and the world community. Kashmir is admittedly a nuclear flash point. It was about time for the UN and the world community to pay attention to it before it is too late.

As suggested by President of UN General Assembly, Pakistan should re-raise the Kashmir issue at the UN forum more vigorously to invoke the UNSC resolutions. India should not be allowed to get away with its unilateral and illegal action in Indian-Held Kashmir. The diplomatic offensive launched by Pakistan in the wake of the 5 August 2019 action by India and subsequent steps did achieve tremendous success as the international community did not buy the Indian argument that it was her internal issue.  The international media also played a significant role in reiterating that stance and highlighting the miserable situation of the Kashmiris and the abuse of human rights by the Indian security forces.

The situation is ripe for building pressure on India to rescind the actions taken in Indian-Held Kashmir and pushing her towards finding a solution to the dispute. Nonetheless the greater responsibility lies with the UNSC, the UN Secretary General and the President of the General Assembly to move beyond statements.