CITY NOTES: Another contender for the youth vote 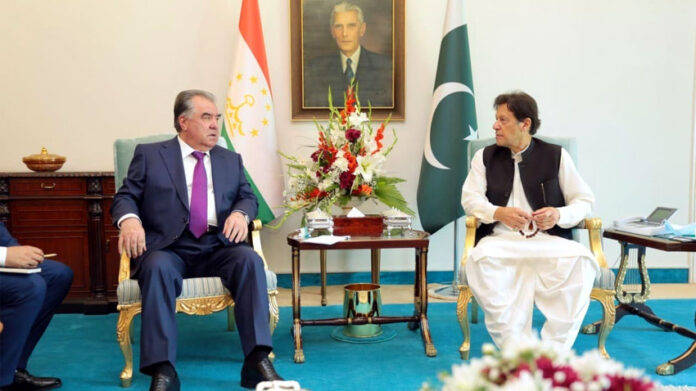 I suppose the purpose of the visit to Pakistan by President Imamoli Rahmon of Tajikistan was other, but the highlight turned out to be him having the same date of birth, down to the day, of Imran Khan. Of course, Rakhmon might find it easier to admit having been born in 1952, and thus being 69, but that is not something that Imran might be so willing to have the public reminded of very often.

Rahmon is not really the first President of post-USSR Tajikistan. He only came to power after Tajikistan became independent in 1992, but there is no evidence of his playing any cricket, let alone mastering the art of bowling the inswinging yorker. However, though he replaced the Communist party chief the Soviets handed over to, he was himself an apparatchik. He holds an economics degree, which probably endeared him to COAS Gen Qamar Javed Bajwa, who is so renowned an economist that the business community made him speak to them a little while ago, and who is the first COAS to mention the need for Pakistan to stress geoeconomics rather than geopolitics. One problem is that Rahmon did his military service (compulsory in the old USSR) in the Soviet Navy. I suspect General Bajwa would be less than impressed in meeting a sailor. Tajikistan, by the way, is landlocked.

I wonder if Rahmon has been inspired by Imran into going after the youth vote. He does not seem a likely person to do so, being built like a barrel and looking a little like the character in a mafia film who is with the godfather when someone comes in to tell him that Neri sleeps with the fishes.

Whatever he looks like, he certainly wins elections. He won 58 percent of the vote in 1992. He won 98 percent in 1999, 79 percent in 2006, was virtually unopposed in 2013 (as the opposition had boycotted), and 90 percent as recently as October this year. That means that while Imran was engaged in political struggle, Rakhmon was leading his country. And getting votes not just from the youth, but anyone.

Of course, there are some pluses and minuses. For example, Rahmon seems to have married only once, and had nine children. Two sons and seven daughters. Imran’s two later wives brought him six stepchildren, three of each. If you include his own two sons by his first marriage that bring him to eight, but if you include the girl his first wife adopted, you get nine.

Imran must admire Rahmon’s facility with elections, but he must be concerned about the reports of corruption that swirling around his regime. I’m sure Imran is restraining his partymen with great difficulty from sending in NAB, reminding them that NAB would be ineffective, as Rakhmon wais not an opponent of the PTI. Besides, the country’s primary anti-corruption agency, the State Agency for Financial Control and Measures Against Corruption is headed by Rahmon’s son Rustom Emomali, who is not only the mayor of Dushanbe and speaker of the Majlis, but also Rahmon’s designated successor. Recent constitutional changes not only abolished the term limit for presidents, but also lowered the age of eligibility, making Rustom eligible to run. Truly, a model for Imran to follow.

I’m sure that’s why we need electronic voting machines and e-voting for overseas Pakistanis. To make sure that elections have positive results. In that respect, the e-voting abroad will be particularly helpful. Just as voting here is carried out under army supervision, maybe we should have e-voting abroad carried out by the military attachés. We must never forget that results must be in the national interest.

Still, polls are a little way off, and e-voting may be a little further off, needing constitutional amendments that Imran might not quite manage in time. Instead, we are left to wonder about the weather. It was predicted that temperatures would be going through the roof. Well, it hasn’t happened yet. As a result, schools have not yet shut down, even though June has begun, and it looks like exams can go ahead. Online. Well, we all know what that means. One of the victims of covid-19 seems to be the old-fashioned ratta. The latest, I’ve heard, is that kids make WhatsApp groups to consult each other during exams.