The people must be served not ruled 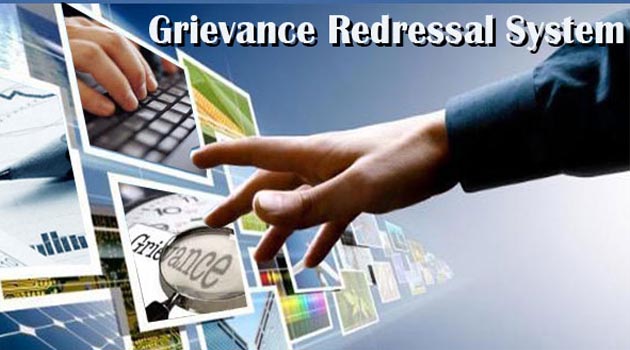 Imran Khan has finally decided to redress the grievances of the expatriate community. He termed them as an asset of the country whose wellbeing cannot be compromised any longer. While addressing the heads of the Foreign Office and missions abroad he made it clear that slackness would not be tolerated any further, and  they must serve or face consequences..

He acted as a truly elected leader of the country which reminded me of the days of Zulfiqar Ali Bhutto. The Pakistan People’s Party (PPP) should stop calling him a selected PM as he has openly decided to side with the aggrieved masses just like their founder Chairman. Between now and mid-2023 when the next national elections will be held, the PM has the time to serve the people by resolving their genuine complaints against the non-functioning colonial bureaucracy of the Islamic Republic of Pakistan. In Punjab where the problem is most acute it is called ‘Gatkha Time’ (The Punjabi version of stickfighting).

Perhaps the Foreign Office is a good place to start but our missions abroad are an extension of the government offices in the country where no one even shows up for work on time. The attitude is non-serious and casual. No gain, no pain is the rule being followed at all levels including the highest offices of the land, the most important PM and CM Secretariats included, which have the prime responsibility to ensure merit. The Chief Secretaries always side with their fellow bureaucrats while ignoring public complaints.

Letters are either not accepted or remain unanswered nor acknowledged. Just read the news that Foreign Ministry officials feel let down due to the PM’s criticism. According to the report, ’Pak diplomats say they need encouragement not reprimands’. This statement has some merit as they report to the Minister and the Secretary. who should have been first taken to task by the PM, thereby sending a clear message to their subordinates. The Foreign Office needs a major overhaul at the top level, the PM should himself take charge by replacing the ineffective top tier which has not performed well. With the changing global scenario, this Ministry needs full time focused and committed leadership which is not running after greener pastures as has been the case.

I started writing in the newspaper to highlight the mismanagement in the country that I encountered upon my return in 1992. Between the 9th and 22nd PMs a lot of riffraff has been at the helm, resulting in the total collapse of institutions between July 1977  and August 2018. Thank God, we are now on a correction course but the rate of change is painfully slow mainly because the ’Accountability Mechanisms’ are not in place. Merit is being blatantly compromised to suit the favourites. I have personal complaints with complete record against the Foreign Office, PM and CM Secretariats, Chief Secretaries, Senior Members  Board of Revenue (SMBR), Members BOR, Secretaries, Deputy Secretaries, who refuse to correct the infringements. Letters remain unreplied, information is not provided, clearly indicating foul play and cover-up. I had to approach the Pakistan Information Commission in Islamabad and Punjab Information Commission in Lahore who tried to get the relevant documents but with limited success. Such blatant misuse of authority and power against relatively educated and influential individuals clearly indicates the depth of malice in the administrative set-up and the agony the common man has to endure to survive in the land of the pure.

It was the truly elected government of ZAB that introduced several people-friendly reforms, two most important ones being the National Identity Cards which have now been computerized under NADRA, and the Passport Reforms that enabled Pakistanis to travel abroad, whom the PM has called a vital national asset that he desires to protect and serve. The Foreign Office is a good place to start but it should not stop there, the next should be the PM and CM Secretariats with clear directives to the Chief Secretaries to redress grievances without taking sides

With my documentation and organized paperwork when I am able to uncover the wrongdoings, I am asked to let them go to protect the high-up which can result in embarrassment to the department. Then I tried the legislative channel to present a private members bill in the Punjab Assembly. The law department sent the bill to the BOR which decided to sit on it. With great difficulty I was able to meet the SMBR with a request to forward the bill but he remained unmoved. Then I approached the legislators who were initially reluctant but then agreed to present the prepared bill ready for presentation. The bureaucracy within the legislative branch is equally lethal, despite assurances the bill has not been presented on the floor of the House.

Though I was amazed at the speed at which PML(N) MPA Ms Hina Butt’s bill made it to the House asking for resignation of Special Assistant to the CM while there was no demand of charge sheeting the non-performing Assistant Commissioner.  Such is the dismal state of governance and legislation in the largest province of the country where citizens do not matter, even their elected representatives cannot voice their concerns for them on the floor of the House. The credentials of a Grade 17 officer are highlighted while her lack of service to the people is not even discussed.

Pakistan needs Accountability, or ’Mazalim Courts’, as they were called in Riasat-e-Madina. Napoleon carried the concept to Europe and formed similar courts there, which were then followed by other Welfare States. In the 1972 interim constitution, under Article 216 it was legislated that such courts would be established in the country. In the 1973 permanent document a toned-down version was included in Article 212. which was then removed arbitrarily by the dictator in June 1979. I have provided details of this bill to the legislators for re-enactment in the Constitution. Their follow-up is anxiously awaited.

It was the truly elected government of ZAB that introduced several people-friendly reforms, two most important ones being the National Identity Cards which have now been computerized under NADRA, and the Passport Reforms that enabled Pakistanis to travel abroad, whom the PM has called a vital national asset that he desires to protect and serve. The Foreign Office is a good place to start but it should not stop there, the next should be the PM and CM Secretariats with clear directives to  the Chief Secretaries to redress grievances without taking sides. The bureaucracy within the legislature has to be made accountable to the elected representatives of the people, not the other way around, and their veto power over bills has to be taken away. The issues of the common man, not the bureaucrats, should be brought to the floor.

There are separate Service Tribunals for the bureaucracy, the Assembly floor is for the people which has been badly encroached. The PM enjoys complete support of the public in removing these encroachments that have been   erected to deny the masses their constitutional rights.

Over the years most senior officers have established offices within their official residences which have to be shut down with immediate effect. All civil servants must report for duty at the Secretariat on the specified time and remain there to address public grievances. All letters must be received on the spot and acknowledged within 24 hours so that follow up action could be monitored. With drawn swords, the PM has blown the whistle for the ‘gathka’ or duel to start.