The team cannot be settled on 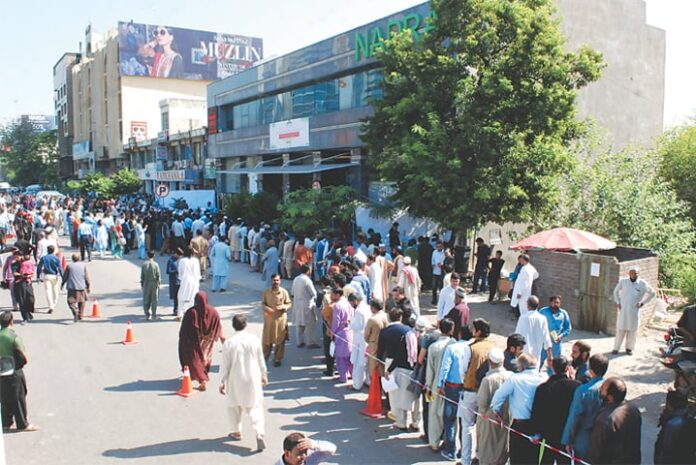 Despite high-profile claims of all the PTI government’s achievements, the federal cabinet has once again been largely overthrown; especially the appointment of the third finance minister and the appointment of a fourth just 18 days later show that matters have not yet come under the control of the government, with only two years left in the constitutional term of its rule. The federal cabinet has been reshuffled at least four times during this period, yet the new Minister for Information and Broadcasting has insinuated that another reshuffle is expected in the coming days, leading to more new faces likely to be added to the cabinet. The opposition has termed the recent cabinet reshuffle as old wine in a new bottle. Whatever changes the government is making or will make in the coming days should be aimed at the welfare of the country and the well-being of the people. The measures will then be popular and will also improve the image of the government among the people.

There is no doubt that Prime Minister Imran Khan reshuffles the federal cabinet to improve the conditions of the country and the people, but the results of the changes so far have not been very encouraging. Repeated changes in the cabinet indicate a state of uncertainty. The ministries that have been changed this time include the Ministries of Information and Broadcasting, Finance, Energy, Economic Affairs, Industries and Production, and Science and Technology. Most of the ministries have been returned under the federal cabinet reshuffle.

But instead of blaming the system, the PTI should accept responsibility for the situation that convinced the public of the preparation and availability of a team of the best men from all walks of life to run the government during the two decades of struggle. The people are waiting to see a new prosperous Pakistan, but they do not see a new prosperous Pakistan with changing ministries.

The PTI claimed before the election that it had a vast network of people far better than other political parties in terms of education, experience and qualifications. Rejecting the economic strategies of previous governments, assurances were given of measures that would transform the country in days and weeks, not years, but even after half a term of government has passed, no encouraging change has been brought about except for a change in the federal ministries.

Those ministers who are adulated by the government are supplanted later. Hafeez Sheikh’s claims of achievements in the field of economy were made till a day before his departure. Even the few days of Hammad Azhar’s ministry were not without Dad-o-Tehseen while a couple of days before the appointment of the fourth Finance Minister in the form of Shaukat Tarin, the Governor SBP’s statement came that the vehicle of the economy was moving in the right direction.

The rhetoric stunned the public. On the one hand, the Governor SBP, whose powers are expected to increase exponentially after the enactment of legislation for the full autonomy of his institution, guaranteed that the economic direction and performance would be fully satisfactory. On the other hand, before becoming the finance minister, Shaukat Tarin said that “he did not know the direction of the economy. We have not fixed our house in two and a half years, there was a mistake in negotiations with the IMF, just raising tariffs increases corruption, raising exchange rates and interest rates have drowned the economy’’, now it remains to be seen how these two economists, who hold key positions in economic strategy, will go hand in hand.

The people do not mind how many times the Prime Minister changes the cabinet, but the positive effects of these changes should be seen. If not a single member of the 400-plus members of Parliament is qualified to run the Finance Ministry and for that from outside people have to be brought in, then it may be a failure of the system.

But instead of blaming the system, the PTI should accept responsibility for the situation that convinced the public of the preparation and availability of a team of the best men from all walks of life to run the government during the two decades of struggle. The people are waiting to see a new prosperous Pakistan, but they do not see a new prosperous Pakistan with changing ministries.