Renaming the Government of Pakistan the Employee Welfare Society

What is the purpose of government? 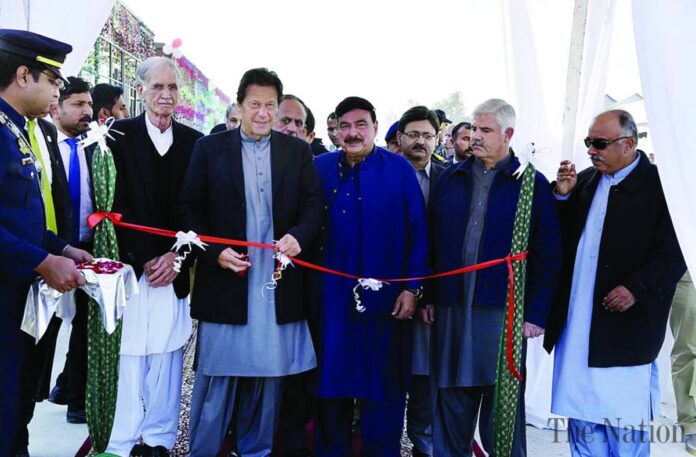 Considering the almost zero output of the Government of Pakistan (GOP) it will be prudent to rename it the Employee Welfare Society (EWS). The focus of the entire administrative set-up remains only on inputs with total disregard to any meaningful service to the suffering masses. Their callousness is mind-boggling, most of them operate in vacuum with total disregard of their obligations.

From top to bottom the story is the same. Such a one-sided arrangement can at best be called a ‘Welfare Society’, not a Government. Even harsher terms like usurpers, rulers, colonists, Brown Sahibs, exploiters, tormentors, shirkers, dodgers can be attributed but I have decided on ‘Welfare Seekers’ for the time being.

I am reminded of a very interesting event in my professional career when I was involved with the Saindak Copper-Gold Project in the 1990s. As a consultant when I could not steer this vital mining project in the right direction, I decided to write about it in the newspaper. It was a factual account of the happenings with my forecast of the impending scenario.

The then Managing Director of Saindak Metals Limited (SML) arranged a face-to-face meeting in Lahore. He stopped here on his way back to Quetta to let me know that if I continued to reveal the facts, I would not be able to get another assignment with SML. My fears came true, the mine was handed over to the Chinese contractor on a paltry lease. Instead of Pakistan, China was be the main beneficiary of this valuable resource, as the concentrate produced was shipped out without analysis of its value.

After 20 years now, I hear that the lease is being extended for the welfare of our neighbours. The Federal Ministers, Secretaries, Director Generals, Managing Directors etc that I interacted with all seemed to be on a personal welfare mission. A similar debacle took place at Reko-Diq but this time it was carried too far with dire consequences, but I hear that finally a negotiated settlement has been reached for the work to resume.

Different approaches have been adopted to ensure delivery. A few years back the employees of Tata Corporation in India complained about dirty employee toilets. Rattan Tata sought explanation from the management. He was informed that the toilets were well maintained. On this feedback he issued a simple order to swap the officers toilets with that of the employees. The problem was permanently solved, fearing swap, all the toilets were then kept clean.

While most politicians have been asked to provide money trails for their assets, the welfare seekers should also be asked to give money trail of the welfare amounts that have been spent on them in the last 40 years. Every new government that comes in asks the same question, “Where has all this loan money gone?” The answer is simple: welfare of the officers and plunder of the politicians.

During my first week at the Pakistan Science Foundation (PSF), I took a round of the building. The drinking water coolers were located inside the toilets. On inquiry I was informed by the Admin Officer that it was due to easy availability of water there. On the spot I issued orders for the moving out of the coolers out together with installation of filters. Later on I came to know that no one ever noticed this inhumane behaviour as it did not directly affect them.

Some vital sectors of common use have fallen beyond redemption. Lahore had a functional public transport system which everyone used. The Lahore Omnibus Service (LOS) was designed on the lines of the city of London’s buses. Almost the entire metropolis was covered. Both buses and doubledeckers were in use. Then someone got uncomfortable with the subsidy that was granted for the public good. While officers were given cars and petrol allowance for their welfare, the entire set-up was dismantled.

Their assets were usurped and properties taken over for personal use. A huge plaza was designed for one of the depots located on Ferozepur Road near Garden Town which was then stopped by the change of government. The public transport system can be restored using the ‘ Tata Formula :, withdraw all individual transport assigned to officers, thereby forcing them to build an effective, affordable public transport system that once existed in the city for the common man.

The health sector is another victim of this abuse for the welfare of the few. I was born in a government hospital, my father breathed his last in the Cardiac Centre of the Mayo Hospital. In 1963 my life was saved in this very facility that had the best doctors and equipment.

GWS wanted special treatment so they decided to neglect the facilities built for the common good. Treatment in private facilities was allowed by bending the rules as a result that state health network collapsed in utter neglect. Even treatment abroad was made available for the welfare of the society members. Restoration of the health system is the need of the hour. Treatment in private hospitals at state expense should be stopped with a six-month notice, enabling them to mend the system. Let them live and die with the common folks who pay for their welfare, not the other way around.

Education also stands in total disarray. There was a time when government schools produced the brains to run the country. Even today there is a huge establishment and workforce, but very little education. Here also the wards of the welfare society should be debarred from attending private schools from the next school year. GWS members will then have two choices either to give up their welfare grants or improve the education system of the country where the bulk of the population goes.

The teachers and the staff in the department are all well paid yet they don take their obligations seriously. There is no one left to check them. In my school days, I remember the visit of the Inspector of Schools was taken very seriously. The Inspectors went around the classrooms, questioned the students to check their comprehension, and followed with a detailed visit report. For the overall welfare of the society members, I don’t think any such report has been prepared in the last three decades; if there is please publish it for our knowledge.

There officers on welfare reside who do not even show up for work on time. This again is a colonial legacy where the British Officers resided similar to the ARAMCO Compounds in Saudi Arabia where foreigners live in comfort and safety. Some get so used to this lifestyle that they prefer to stretch their stay. At one time the Chief Minister and his cabinet, together with senior officers, all went to the Civil Secretariat during normal working hours. Not any more, they can now work from the comfort of their offices at home to make it ‘Welfare Plus’.

I don’t think anyone has seen or evaluated the expenses involved in these multiple office locations again with no output, only wasted motion by the welfare society members.

How long can the nation sustain these welfare societies whose pension bills run into trillions now. The debt balloon is about the burst. While most politicians have been asked to provide money trails for their assets, the welfare seekers should also be asked to give money trail of the welfare amounts that have been spent on them in the last 40 years. Every new government that comes in asks the same question, “Where has all this loan money gone?” The answer is simple: welfare of the officers and plunder of the politicians. Now that Shylock wants his pound of flesh, the public is being pushed to the altar while the welfare and plunder continues. In the words of Iqbal; ‘The world is waiting for the day of judgement’.