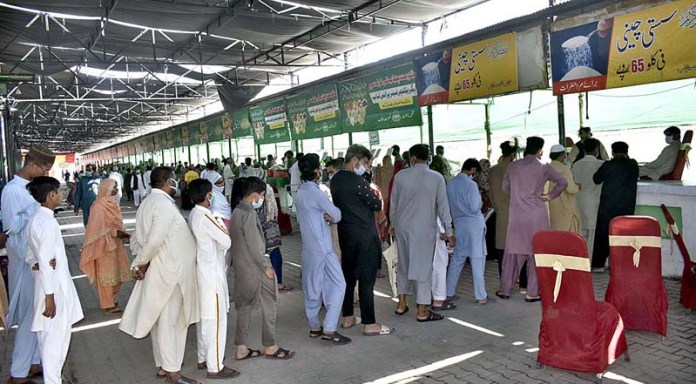 LAHORE: The Lahore High Court (LHC) on Tuesday took the concerned authorities to task for making people stand in long queues to buy sugar at subsidised rates at Sasta Ramadan Bazaars in Punjab.

A bench of the high court expressed displeasure over the non-availability of the sweetener at local grocery stores and directed the authorities to immediately ensure that people are not made to wait in long queues at the government bazaars and utility stores.

The court called for a compliance report to be submitted to it by Wednesday (tomorrow).

“People wait in long queues for five, five hours to get one kilogram of sugar,” the LHC observed. “Let there be some self-esteem. Don’t turn the people into beggars,” the court said.

“It is up to the Punjab government to ensure availability of sugar at official rates,” the bench noted.

The court instructed the government to ensure the availability of subsidised sugar at grocery stores.

“Insulting people by making them stand in long queues is a blatant violation of the Constitution,” the bench remarked.

A government counsel said sugar is available at the grocery stores and people are not being made to stand in queues at Ramazan Bazaars but provided chairs to sit while waiting for their turn.