The unification of religion and science

Fasting has both spiritual and physical benefits 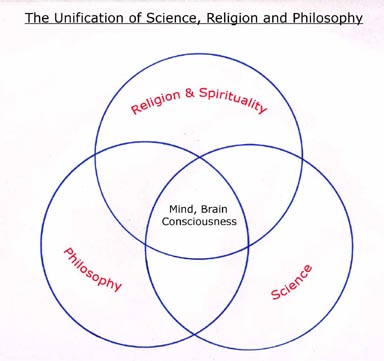 With the advancement in science, the authenticity of certain beliefs has been questioned and tested at times. Universal moral beliefs cannot be explained by natural processes and thus require religion. Scientists and religious philosophers make different claims about reality and life, and the reason for these allegations differ as well. As humans we have always struggled with differences of opinion from all sectors that only results in confusion about our existence. But the wonderful thing about our humanity is that our unity is featured in many ways through certain traditions, that defy any scientific and religious contradiction.

A similar feature is fasting, one of the most healing traditions in human history. We might focus on harbouring our differences at times, nonetheless our unique identity is connected through a collective subconsciousness. We have all had one common objective since the beginning of times: our well-being that benefits our mutual existence. Learning to share love through our similarities and the abandonment of our differences is the key to connecting on a universal level. Common practices like fasting lay the foundation for such mutual benefits.

Fasting has been practised by humankind since the beginning of time. What all the great prophets and apostles had in common was that they all practised fasting. An Egyptian saying goes, “Humans live on one-quarter of what they eat; on the other three-quarters lives their doctor.” Plato fasted for greater mental efficiency; the “Luther of Medicine”, Paracelsus, called fasting “the greatest remedy”. Fasting contrasts with starvation in one critical way; food is simply accessible, but you choose not to eat it, for a period.

Fasting has been practised for centuries but only recently studies have proved its role in reducing oxidative damage and inflammation, boosting energy and longevity. It has the ability to delay aging and prevent diseases by reducing the side effects caused by chronic dietary interventions.

Fasting with its spiritual and moral significance encompasses a social responsibility that is driven into human consciousness as a religious fact. It is the focus on our similarities (both religious and scientific) not the differences that helps in a true advancement of the human race. Fasting on its own would not be that easy but knowing that we are joined by the entire Ummah in observing our spiritual practice is not only assuaging but an endearing emotion that boosts our natural well-being.

Dr. James Fung, a leading global expert on intermediate fasting, has reformed the concept of fasting through the many benefits that result from it. The process of fasting entails insulin levels, signalling the body to start burning stored energy in the absence of frequent meals. Based on studies, it helps in clearing the bodies’ systems of toxins and promoting autophagy; a process that can help people lose weight, improve brain function, promote longevity, strengthen the immune system, and contribute to self-enlightenment. Autophagy helps you to get rid of faulty parts, stops cancerous growths, and stops metabolic dysfunction like obesity and diabetes. Mark Mattson, a professor of neurosciences, stated that fasting stimulates the production of neurotrophic growth factors, which promote the growth of new neurons in the brain.

The benefits of fasting go beyond weight loss and scientific research. Fasting has been used for the purification of the soul, a mechanism that is common to all sanctified religions. It is a religious tradition that helps to inculcate proper discipline and a fine way of following the routine of self-control. Every year, millions of Muslims abstain from eating or drinking from sunrise (Sahr) to sunset (Iftar) throughout the holy month of Ramadan, for about 30 days. In Islam, fasting is mainly a means to attain spiritual enlightenment and self-mastery. The Holy Quran says: “O believers! Fasting is prescribed for you—  as it was for those before you— so perhaps you will become mindful of Allah.” (ii. 183).

Science and religion are based on different aspects of human experience, yet the knowledge possessed by the mind is alleviated through a soulful connection to the heart. Among Allah’s greatest blessings are human minds that can analyze facts which lead to scientific discoveries, which can only result in the strengthening of faith rather than a rejection of it. No fact or faith can divide the world as long as social practices that exist for our mutual well-being are used for enlightening the mind and the soul. The social feature of fasting in Ramadan is that it brings people together to experience mental awareness, religious piety, and devotion. Thus, the whole Ummah, a word that defies every national border, race, or ethnicity, is inspired by the love of God. Abu Huraira reported Allah’s Messenger (PBUH) as saying: When Ramadan begins, the gates of Heaven are opened, the gates of Hell are locked, and the devils are chained (Bukhari and Muslim).

Fasting with its spiritual and moral significance encompasses a social responsibility that is driven into human consciousness as a religious fact. It is the focus on our similarities (both religious and scientific) not the differences that helps in a true advancement of the human race. Fasting on its own would not be that easy but knowing that we are joined by the entire Ummah in observing our spiritual practice is not only assuaging but an endearing emotion that boosts our natural well-being.