Don't play with fire on Taiwan, China warns US 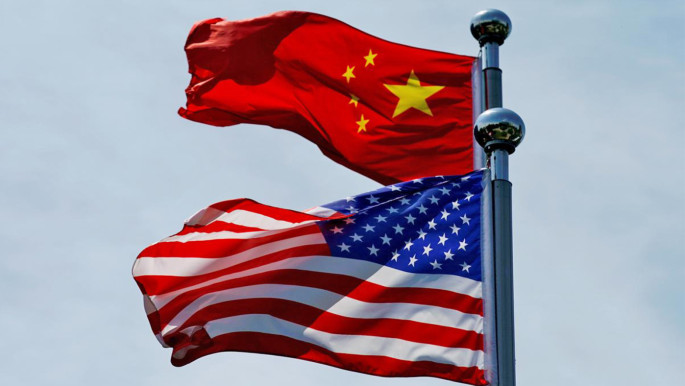 BEIJING: China and the United States should step up their communication while managing their differences and respecting each other’s core interests, Chinese Premier Li Keqiang told a group of senior U.S. executives on Tuesday.

China hopes the United States could work with China to meet each other halfway, said Li at a virtual conference with presidents and chief executives from more than 20 large U.S. companies.

“(We need to) step up dialogue and communication, and expand practical cooperation, properly manage differences, and push Sino-U.S. relations towards the direction of overall stability,” Li was quoted as saying by state television.

Bilateral ties had sunk to the lowest level in decades under the Trump administration, which accused China of committing a range of misdeeds from intellectual property theft to the spread of the novel coronavirus.

The need for communication was echoed by China’s state planner also on Tuesday when it told China representatives from over 40 U.S. firms at a roundtable that it welcomed conversations with U.S. firms on any complaint, including forced technology transfers and intellectual property rights.

“If you believe you’ve been harmed or bullied in China, tell us first,” Zhang Huanteng, vice director of the Department of National Economy at the NDRC.

“We’d feel very wronged if we aren’t aware of things and the U.S. government tells us first,” said Zhang, adding that Chinese regulators were baffled when they first read the U.S. Section 301 Report, which set off the Sino-U.S. trade war.

NDRC Officials also briefed the firms present, including Intel, Johnson & Johnson and IBM, on China’s 2021-2025 development plan, saying there is huge potential to collaborate on electric vehicles, carbon neutrality and the digital economy.

“We hope the U.S. business circle could work together with NDRC to push the great ship of Sino-U.S. relations back to the track of healthy development as soon as possible,” said Gao Jian, vice director at the NDRC International Department.

“Officials at the NDRC are quite blunt – if we have any issues we can talk to them, so there’s no need for us to go to U.S. headquarters, foreign governments and then back to China,” she said.

‘DON’T PLAY WITH FIRE ON TAIWAN’:

China told the United States on Tuesday to stop playing with fire over Taiwan and lodged a complaint after Washington issued guidelines that will enable U.S. officials to meet more freely with officials from the island that China claims as its own.

China urges the United States “not to play with fire on the Taiwan issue, immediately stop any form of U.S.-Taiwan official contacts, cautiously and appropriately handle the matter, and not send wrong signals to Taiwan independence forces so as not to subversively influence and damage Sino-U.S. relations and peace and stability across the Taiwan Strait”, he said.

Washington has watched with alarm the uptick in tensions, and on Sunday U.S. Secretary of State Antony Blinken said the United States was concerned about China’s aggressive actions against Taiwan.

In a written response to Reuters on Blinken’s remarks, China’s Foreign Ministry said the government had the absolute determination to protect the country’s sovereignty.

“Don’t stand on the opposite side of 1.4 billion Chinese people,” it added.

Taiwan is China’s most sensitive territorial and diplomatic issue, and a regular source of Sino-U.S. friction. China has never renounced the use of force to bring the democratically ruled island under its control.

Former U.S. Secretary of State Mike Pompeo announced days before the end of former President Donald Trump’s presidency in January that he was lifting restrictions on contacts between U.S. officials and their Taiwanese counterparts.

While Washington officially recognises Beijing rather than

Taipei, like most countries, the United States is Taiwan’s most important international supporter and arms seller.

The United States is required by law to provide the island with the means to defend itself.

China believes the United States is colluding with Taiwan to challenge Beijing and giving support to those who want the island to declare formal independence.

Taiwan President Tsai Ing-wen says the island is an independent country called the Republic of China, its formal name, and that she will defend its freedom and security.