CITY NOTES: Export all the traitors! 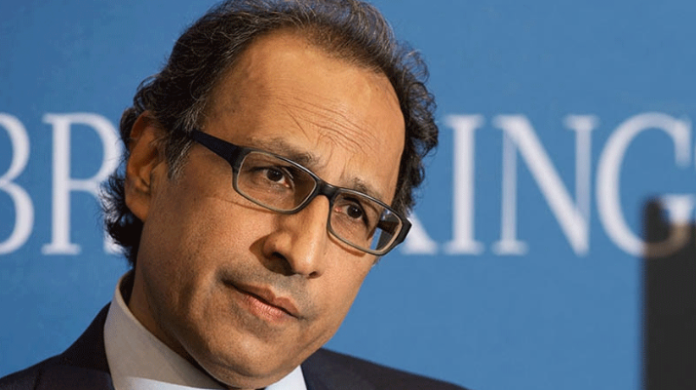 Well, I suppose that news that we wouldn’t be importing cotton or sugar from India must be highly satisfying. But surely that must mean that Imran Khan is not being given credit for his brilliant speech at the UN, which would have caused anyone but Narendra Modi to pull out of Kashmir.

Imran is supposed to have sacked Dr Hafeez Shaikh as finance minister because he could not bring inflation under control. Earlier in the month, he was so gung-ho about him that he tried to get him elected a senator, and that too from Islamabad, which should have been the safest of seats.

He was replaced by Hammad Azhar, who presented Dr Shaikh’s budgets to parliament when he was a PM’s adviser. However, it seems that it was already known that he was not up to it, for the first thing everyone heard was that Shaukat Tarin had been approached to replace Dr Shaikh, which was a bit of a reversal, because he had been replaced by Shaikh back in the day, when he had been part of Yousaf Raza Gillani’s cabinet.

He had taken on the job in place of Naveed Qamar, who had been the minister, but was then moved to privatisation, and ports and shipping. Later on, though, he became defence minister. Like Hammad, he had also got the job on the rebound, so to speak, after Ishaq Dar left the job when the PML-N pulled out of the national government initially formed by Gillani. Tarin had been inducted as PM’s finance adviser as if to pick up the pieces that Qamar had left behind. That time there had been some unpleasantness about the chairmanship of the National Finance Commission, so Tarin had to be made a minister, which meant finding him a seat in parliament.

It was easier then, for a seat was duly found. This time, Tarian is nothing loth, for back in 2008, Qamar had five months to bring the Finance Ministry to its knees, while Hammad has only been trusted for a few days. Train has apparently got two conditions. First, he would like the NAB charges against him and his son to come to an end. Does he mean that Imran should do something about it? I know Babar Awan got off, as did Aleem Khan, and both have returned to the federal and Punjab cabinets respectively, but to assume that Imran had anything to do with either case is to assume that the bad old ways continue.

It’s a little like the assumption that the PTI will somehow win the Daska by-election. Well, unless it wins, Usman Buzdar is for the chop. A loss there would probably be the straw that broke the camel’s back.

There’s a terrible mood sweeping through this country, which shows a mean spirit not deserving of our national heroes. People have an unaccountable objection to rising prices, and don’t care about either who built them a cancer hospital or who won them a World Cup. There is a pettifogging spirit abroad, with people asking why the sugar mafia, the wheat mafia and the drug mafia are all getting to hang on to their ill-gotten gains.

I mean, what is the point of getting into government if you can’t get someone cleared of NAB charges. Or find him a seat in parliament? Is that how the nation is supposed to treat its heroes?

One of those heroes, the singer Shaukat Ali, has passed away. He was a folk artist, but it was his rendering of the patriotic song, ‘Saathio mujahido…’ that makes one wonder about whether he ever performed for Imran’s cancer hospital, which was eponymous. No one has mentioned it, so I assume he didn’t. Anyway, SKMTH’s funds were mostly raised by Bollywood figures.

Of course, when the SKMTH was being built, India had not changed the status of Kashmir, so it was still patriotic to have Bollywood stars perform.

Of course, even the attempt to import sugar showed the dearth of patriotism, such as Shaukat Ali encapsulated. True patriots are in Myanmar, where its Armed Forces Day saw the most casualties so far in the protests by traitorous elements against the patriotic reaction to December’s election rigging, more than 100. So far, more than 560 people have been killed, including 40 children. Well, you can’t make an omellette without breaking eggs.