Pakistan is at the front line of this battle 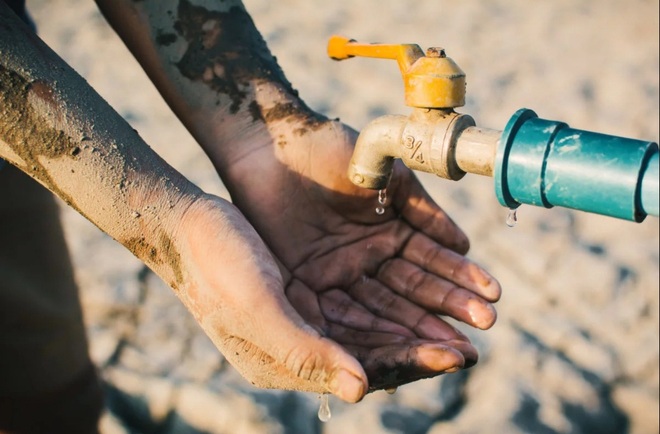 ‘Securing an adequate supply of clean water despite the damaging effects of climate change is one of the world’s most urgent challenges. Billions of people are going without safe drinking water and sanitation, and only 60% of households worldwide have the water and soap necessary for the handwashing still seen as helpful for preventing the spread of COVID-19. Meanwhile the shrinking of water bodies like Lake Chad is spurring migration. Agriculture accounts for roughly three-quarters of global freshwater withdrawals, and related nutrients are polluting watersheds in the world’s breadbaskets. These problems can be addressed with more prudent planning and cooperation – and through greater investment, data analysis, and technological innovation.’ – excerpt from ‘Water: dynamic briefing’, World Economic Forum (WEF)

World Water Day (WWD) was recently celebrated on March 22, and the UN Secretary General in his message on the occasion, highlighted the underlying challenges in the water sector as follows: ‘This year’s World Water Day, with the theme “Valuing water”, asks: What does water mean to me? … For me, water means protection.  A well-managed water cycle– encompassing drinking water, sanitation, hygiene, wastewater, transboundary governance, the environment and more– means a defence against ill-health and indignity and a response to challenges from a changing climate and increasing global demand. … Today, we are not on track to ensure everyone has access to water and sanitation by 2030, as set out in Sustainable Development Goal 6.  While advances are being made, current progress needs to quadruple to achieve universal access.’

While these challenges were already there, the pandemic has highlighted the cracks in the water sector even further, as pointed out by The Guardian’s environmental editor, Fiona Harvey, in her recent article ‘Failure of governments to value water leading to widespread waste, says UN’ as ‘Some of the current problems have been highlighted by the covid-19 crisis, as 3 billion people around the world lack access to basic handwashing facilities, and a similar number are now affected by water shortages.’ This is in addition to her remarks from her last year’s comments on the WWD, which she made in her article ‘Poor infrastructure puts world at greater risk from coronavirus’, whereby she pointed out ‘Good hygiene– soap and water– are the first line of defence against coronavirus and a vast range of other diseases, yet three-quarters of households in developing countries do not have access to somewhere to wash with soap and water, according to Tim Wainwright, chief executive of the charity WaterAid. A third of healthcare facilities in developing countries also lack access to clean water on site.’

Globally, research indicates that during a time period of 1985-2015, the average number of deaths per year due to drinking unsafe water stood at 780,000, which was much higher than the average number of deaths per year caused by conflicts at 75,000, and natural disasters at 63,000. In the particular case of Pakistan, the water situation is indeed very precarious, since for instance, it falls in a group of countries where a large proportion of people, somewhere between 10-24 percent of the people in the overall population of the country, do not even have access to basic drinking water!

While the climate change crisis needs to be reversed for reasons such as due to its link with the current pandemic, as one of the pandemic’s causal factors, it is indeed also very important to effectively deal with this existential crisis of climate change to improve the state of water sector through needed institutional, organizational, and market reform, through an overall focussed approach by governments and multilateral institutions.

Moreover, a 2019 report by World Bank Group titled ‘Quality unknown: the invisible water crisis’ highlighted the issues facing Pakistan in the agriculture sector with regard to wastewater usage, whereby, while wastewater has many benefits in terms of a)lesser quantity needed than water alone, b)containing dissolved nutrients that work as a fertilizer, and c)in the case of urban wastewater having many useful macronutrients, but as the Report further points out ‘Nevertheless, if not carefully managed, wastewater irrigation can harm crop quality and cause health concerns and environmental damage. Urban wastewater is often high in concentrations of heavy metals, particularly in cities where heavy industry is present. When fields are repeatedly irrigated with this water, concentrations of heavy metals build up in the soil. This can be harmful both to crop production— reducing the yield benefits of wastewater irrigation over time— and to humans and animals who consume the metal-rich plants.’

In the case of Pakistan, wastewater usage has produced many health-related issues, for instance, as pointed out in the Report as ‘vegetable crops grown using wastewater often have significantly higher levels of heavy metal concentration, exceeding World Health Organization (WHO) thresholds. Thus, consuming food grown from untreated wastewater irrigation may lead to slow poisoning over time. … In Pakistan, for instance, untreated wastewater irrigation was linked to Giardia duodenalis infection from a parasite, which can cause nausea and diarrhea. Households that farmed with wastewater had significantly higher risks of infection than those that did not, and nonfarming laborers employed near areas that farmed with wastewater were at risk, likely through food transmission.’

Pakistan also suffers from water scarcity, which according to Food and Agricultural Organization (FAO) means water demand being higher than its supply. In this regard, the UN World Water Development Report (2021) points out ‘Continued increase in water use for food production over the last decades has exacerbated water scarcity conditions in many regions around the world (e.g. northeastern China, India, Pakistan, the Middle East and North Africa), where available surface water is limited due to lower precipitation and higher evaporation rates. In these regions, when the available surface water resources are insufficient for productive farming, groundwater resources serve as a main source for irrigation. … However, excessive groundwater pumping often leads to overexploitation, causing groundwater depletion, which constrains sustainable food production and has devastating effects on groundwater-dependent ecosystems sustaining the livelihood of millions of people.’ Moreover, in terms of economic impact of water scarcity, the Report highlighted that ‘The World Bank (2016a) estimated that regions affected by water scarcity could see their growth rates decline by as much as six percent of Gross Domestic Product (GDP) by 2050 as a result of losses in agriculture, health, income and property – sending them into sustained negative growth.’

The world population is expected to grow from the current level of around 7.6 billion, to about 9.8 billion by 2050, which according to WEF’s same report, means that during the next 40 years the farmers of the world will have to grow more food than they have done during the last 10,000 years; whereby the world will have to produce more ‘crop per drop’ since according to the Report, ‘Agriculture already places significant pressure on the world’s freshwater, by accounting for nearly 70 percent of global water withdrawals (the number actually rises to nearly 90 percent in countries where farming is most intensive).’

This will not be easy, given also because of the climate change crisis, since as per the Report ‘just a 0.5°C increase in temperatures can significantly impact water systems and human health’, and therefore, global warming under climate change poses a big risk. Hence, while the climate change crisis needs to be reversed for reasons such as due to its link with the current pandemic, as one of the pandemic’s causal factors, it is indeed also very important to effectively deal with this existential crisis of climate change to improve the state of water sector through needed institutional, organizational, and market reform, through an overall focussed approach by governments and multilateral institutions. Among other benefits of this focussed approach towards improvement of water sector, include improving the resulting impact on crop production, effectively dealing with scarcity of water and clean drinking water, and the appropriate level of water availability for the production of clean energy, in the shape of hydroelectricity.