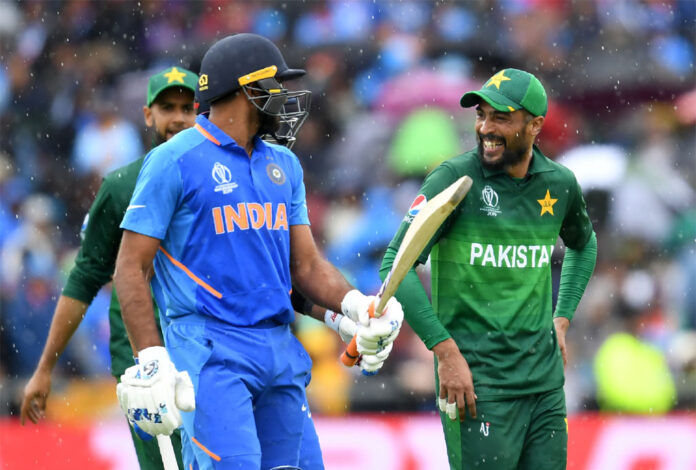 The report comes on the heels of unilateral ceasefire by both countries along the Line of Control (LoC) last month.

If this series takes place, it would be the first bilateral exchange between the two countries in over eight years. The last bilateral series was played in 2012-13 when the Pakistan team visited India for an ODI and T20 series.

The report quoted a Pakistan Cricket Board (PCB) official as saying that their cricket board had been asked to “be ready” for a series with India, though no one from India has made any comment on the news.

“A PCB official said that while there has been no direct discussion with anyone from India, indications are there and we have been told to be ready for such a series,” said the report.

Interestingly, India captain Virat Kohli during the recent T20I series against England had said that he has been told by the Board of Control for Cricket in India (BCCI) there were going to be a few more T20 series this year.

However, the Indian and Pakistan boards have said they have no knowledge of any development on the resumption of the bilateral cricket.

A top Indian cricket official on Wednesday told IANS: “No, we have no information on India playing a series with Pakistan.”

Geo television quoted PCB chairman Ehsan Mani as saying they have not been contacted by anyone for a possible India-Pakistan series and neither has he been part of any discussion with his Indian counterpart on the issue.

A source in Pakistan told IANS the series could be held before the T20 World Cup that is scheduled to be held in India in October-November. If it happens, a window will have to be created for it, he said.

The international cricket schedule is indeed tight. Indian players will get busy with the Indian Premier League (IPL), which begins on April 9 and ends on May 30.

They then travel to England for the World Test Championship (WTC) final against New Zealand, starting June 18 at the Ageas Bowl in Southampton. However, the Indian team will have to reach there much in advance to undergo quarantine.

India will have over a month free after the WTC final. So, July could be a possible window for the India-Pakistan series.

TOKYO: Japan's great hope for tennis gold Naomi Osaka was on Tuesday beaten in the third round of the Tokyo 2020 Olympic tennis singles...
Read more
Sports

Olympics: Schoolgirl scoops gold as Japan warms to the Games

TOKYO: Egypt may not have a strong badminton team but its two female representatives at the Tokyo Games have plenty of moxie. Doha Hany, 23,...
Read more
Sports

TOKYO: NBC's broadcast of the Tokyo Olympic Games opening ceremony drew 16.7 million viewers, the smallest US television audience for the event in the...
Read more
- Advertisment -