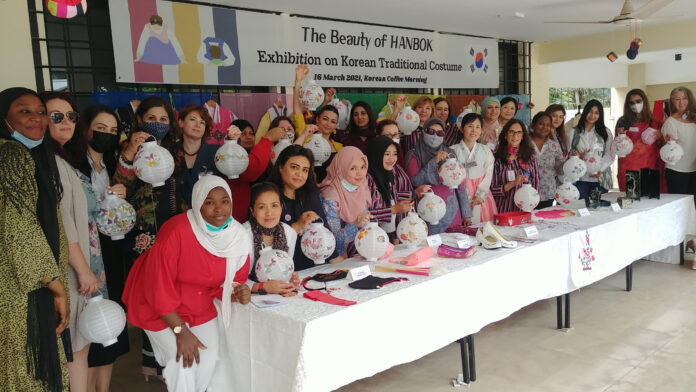 ISLAMABAD: With an ambition to showcase the rich cultural heritage for the Pakistani people, the embassy of the Republic of Korea held an exhibition of Korean traditional cultural costumes on Wednesday.

In the expo titled ‘Korean Culture Day’, the traditional costumes of South Korea were displayed.

Ambassador of the Republic of Korea, Suh Sangpyo, has been strongly advocating and promoting people-to people contact between Pakistan and Korea.

Korea has a very unique culture, which makes it distinct from the other countries. Though Korea is developing very fast on modern lines, its people are proud of their cultural heritage, family values, food and traditional attires.

The expo afforded a chance for the people of Pakistan and the diplomatic community to take a closer look at the Korean culture.

With a limited number of guests, observing compliance to the Covid-19 SOPs, the event was largely attended by several high-ranking officials and their families.

The centre of attraction at the event was the depiction of making of Korean lanterns and display of Korean traditional costume, “Hanbok”.

Video clips were also shown about how to wear Hanbok. The guest ladies practiced wearing Hanbok and to them it was a really nice experience.

At the end of the event, the guests enjoyed Korean cuisine.

Korea has an incredibly rich, robustly preserved, and easily accessible history. And, after this event, one can say that history or ‘times gone by’ truly can come to life.