Social media is bringing the world together 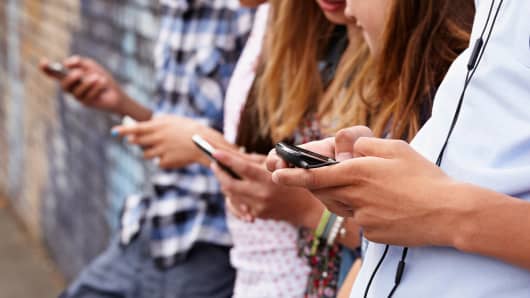 The recent elections in the United States were followed manically by many Pakistanis. Most of them hoped to see the incumbent turfed out of office as fervently as if he had been their President and not a person halfway across the world strangling his country with his narcissistic web. The reason for keeping up with what apparently did not concern people here was precisely that it does concern them. This global impact of what happens in one part of the world, on such a scale, is peculiar to this day and age.

Humanity has gone from a system of tribes to city states, then on to nations and further to organisations such as the United Nations and blocs such as the European Union. This must be seen for what it is, a tentative groping towards something beyond a national identity, a search for a viable single platform for humanity’s common goals.

At present we are not far as one may expect from becoming a global nation. Mentally we may not wish for such a thing but we are more attuned to this prospect than we imagine thanks to several factors, including social media.

Real estate magnates, billionaires or people with jingoistic attitudes… These are all leaders of the past. What we need now is people with vision to lead the world, people who fit in with the technology that leads us and that means considerably more than Twitter and the ability to pose for photographs. It means those who think in terms of liberalism, social welfare and education and can work to further these ends

Those several factors include changes brought about by shorter travel times, and the fact that very many of us have a foot in several countries around the world other than our own. Businesses and corporations have an international presence; think Facebook, Amazon, Coca Cola. Now too countless individuals possess dual nationalities, which means human beings increasingly have an interest in more than one country.

Our families are scattered around the world which also ensures that we care about the welfare of those countries as much as we care about our own. Covid-19 rates in Canada, the US, Britain and the Middle East concern us mainly for that reason, and it is important to us how all these countries deal with the crisis, much more important than it would have been 70 years ago.

Even if some countries mount military campaigns against other countries, there is now according to historians much more peace in the world than there was in years gone by. It is worth struggling to maintain this, and to further it and today we can in ways that was not possible before.  It is for all these reasons that it makes sense now to prepare for this potential singularity, at the risk of sounding like something out of Star Trek. And we can start this preparation by cultivating better relationships with others in our region, particularly our neighbours, dispensing with all incitement to the contrary. War and disagreements are never productive of anything good. They only exist to further the interests of the few.

As soon as one enters Defence Housing Authority in Lahore, one gets to see scores of banners lining the roads criticizing India’s treatment of its minorities. It is hard to understand how anyone has had the gall to do this given Pakistan’s own less than commendable record of dealings with its minorities. It is also hard to understand what it is hoped to achieve by posting such banners on the roads, without corresponding posters urging a better treatment for minorities at home. We may have a tragic recent history with India, but for centuries before that our people lived quite happily together as a single nation. India may have at its head these days a leadership with certain unfortunate ideas, but which country is free from that today?

A powerful bloc consisting of the subcontinent, and its neighbours on either side would be a force to reckon with, and would be in a much better position to bargain on issues.

Finally, if there is anyone who imagines the world cannot and will not come together in future they reckon without that single largest force today, social media.

What happens in one part of the world is conveyed in the blink of an eye to the other; not just news but sentiments, images and reactions. We know of China’s warnings against any meddling in its relations with Hong Kong, of each shutdown of a city Down Under when a case of covid-19 is discovered. We knew when the US carried out an airstrike against installations in Syria and called it a warning to Iran, and we even followed as it happened Perseverance Rover’s landing on the planet Mars.

Real estate magnates, billionaires or people with jingoistic attitudes… These are all leaders of the past. What we need now is people with vision to lead the world, people who fit in with the technology that leads us and that means considerably more than Twitter and the ability to pose for photographs. It means those who think in terms of liberalism, social welfare and education and can work to further these ends.