PIA in talks to increase cargo trade with Afghanistan 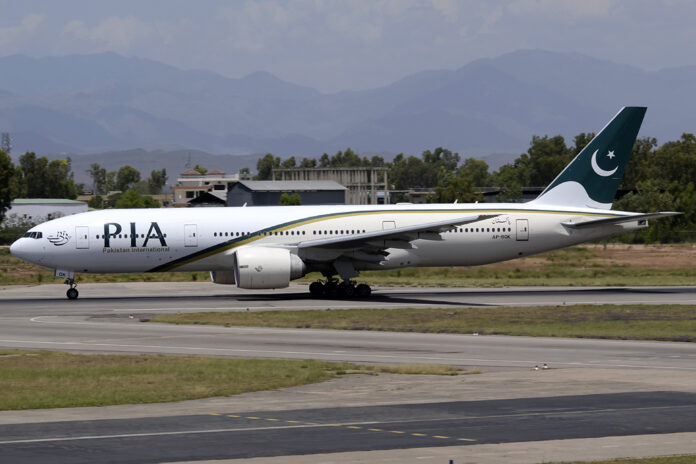 Pakistan International Airlines (PIA) is in talks with the neighbouring country of Afghanistan to increase air links and trade, as well as to expand its flight operations to Afghanistan’s other destinations, a statement issued by the government-owned airline said on Wednesday.

Along with cargo trade, the PIA CEO requested Afghanistan’s Civil Aviation Authority to allow an increase in the airline’s flights to Kabul and approve its flights from Kandahar and Mazar-i-Sharif to further strengthen ties between the two countries.

In their meeting, Air Marshal Malik and Dr Wafizada agreed to increase air connectivity between Pakistan and Afghanistan. The latter called on the PIA to play a role in boosting medical tourism in Pakistan.

He also met with officials of the Afghan Chamber of Commerce and Industry and proposed expanding PIA’s network to the business centres of Afghanistan.

The PIA CEO also paid a visit to the national flag carrier’s office in Kabul and inquired from the visitors about the quality of the airline’s service. He urged the PIA staff to promote the airline’s marketing with an advertisement campaign.

The PIA wants to strengthen its operations in Afghanistan as directed by the government.

This meeting comes a few days after the airline’s failure to pay the retirement dues of around 2,000 employees who had opted for the Voluntarily Separation Scheme (VSS) that ended on December 31 last year.

The affected employees asked Prime Minister Imran Khan to intervene and prevent their families from facing a financial crisis, stating that they’d be forced to protest if a swift resolution is not reached.

While the PIA has not issued an official statement on the matter, it has been reported that the delay was because of the federal government, which had not transferred the required funds to PIA due to an audit objection raised by the ministries concerned.