Need for institutions to work in unison 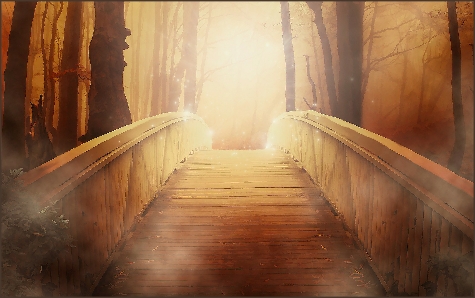 “Old politicians, like old actors, revive in the limelight. The vacancy which afflicts them in private momentarily lifts when, once more, they feel the eyes of an audience upon them. Their old passion for holding the centre of the stage guides their uncertain footsteps to where the lights shine, and summons up a wintry smile when the curtain rises.”

In disposing of the case regarding distribution of development funds to MNAs and MPAs, the Chief Justice observed that “in these circumstances, it would not be proper for the Honourable judge (Qazi Faez Isa) to hear the matter considering that he had already filed a petition against the Prime Minister of Pakistan in his personal capacity, Therefore, to uphold the principle of un-biasness and impartiality, it would be in the interest of justice that the Honourable Judge should not hear matters involving the Prime Minister of Pakistan”. Welcome that it is, this judgement has taken a while in coming.

We are at the threshold of change. But we can’t be stuck here for long. We should not let the opportunity slip out of our grasp as that would be an unmitigated tragedy. If the state fails at this juncture, the vile and the wicked conglomerate would surge back with renewed venom and vengeance. None would be able to escape their ravages as they would pounce upon their afflicters without a thought of letting them walk away

Only recently, Justice Isa had put a question to the journalists sitting in the courtroom whether the media was free or otherwise. They were asked to respond either in the affirmative or the negative. Initially, there was quiet. Upon further urging, some voices were heard saying it was not. Consequently, it was pronounced that the vote was a referendum certifying that media was not free in the country. Lest we forget it is the same media which was ordered not to comment on the Hudaibiya Paper Mills case after the judgement had been pronounced.

Freedom of expression is guaranteed by the constitution. A few journalists in the courtroom is too miniscule a representation for pronouncing a judgement of such magnitude. Furthermore, it is far too important an issue to be tackled in a fickle manner. If it was felt that there were constraints restricting the media from performing its duties, this could have been addressed within the framework of the constitution. The path undertaken presented a surreal enactment of holding court in an amphitheatre for the attendees to chant approval. If that be so, a few other issues could also be addressed by conducting similar referendums.

The judiciary is a key pillar of the state and it has to work in close proximity with the executive to ensure smooth handling of its affairs. That calls for substantive appraisal and understanding in pursuing matters which pertain to various aspects where the two pillars need to work together. An example is the case of the executive seeking input from the judiciary regarding holding the Senate polls through open balloting. But, if one were to conclude that such matters are not handled in a manner worthy of the task, it would create unnecessary doubts regarding both the motive and functioning of the institutions.

For some time now, a debate has been raging that the judiciary is encroaching upon the executive domain, thus rendering it difficult for it to perform its functions. A perception also prevails that there are two justice systems operating in the country: one for the rich and the mighty and the other for the poor and the marginalised. This is generating widespread negativity about the transparency and accountability of the judicial processes which is not a perception that any government can be comfortable with.

The executive and the judicial pillars have specific tasks assigned to them in the constitution and it would only be appropriate for them to function within their respective domains. While it is extremely difficult for the executive to intercede in the working of the judiciary, some of the latter’s actions can imperil the role of the executive.

It would also be appropriate for the judiciary to address the strong perception about two separate judicial systems in the country. This has damaged people’s nascent faith in the apex institution and the government alike, thus adversely impacting their credibility as well as their ability to perform their constitutional roles.

We have all known well that this country has been brutally ravaged by rulers whose personal interests took precedence over the national objectives. These charlatans did not even spare the institution of judiciary in collusion with the likes of Justice Qayyum and the clan. When their interests were threatened, they physically assaulted the apex court to force it into submission. This has gone on for too long and the state can no longer bear the burden of such gross misdemeanours. For this to stop, it is absolutely imperative that the executive and the judiciary work for upholding the sanctity of the constitution. This objective cannot be achieved if the two operate at cross-purposes, or if one is engaged in belittling the other.

I understand there are sane voices within the government and the judiciary who would not be happy with such prospects. It is time they asserted their professional and moral authority to rise above personal interests of one or a few so that the state could be secured from their self-serving assault. This becomes even more important when it is going through a transition to establish the supremacy of accountability and the rule of law for the rich and the poor, the powerful and the weak. This is a difficult phase which requires exercise of responsible conduct by all state institutions. A successful passage through this phase can potentially lead to improved governance, opening up a world of opportunities for the poor and the downtrodden people who have languished on the fringes of life, but never lost hope. We owe this to them and their future.

In the process, the distinction between right and wrong should be clearly established. Residing in the domain of ambiguity will create blocks in the path of deliverance from the stranglehold of the wicked. That will not be conducive to the process of change. While there is a need for absolute clarity of direction, there is also a desire that, in pursuing the objectives, the state and its institutions steer clear of confrontation. It is then that their combined energies would be devoted to the collective good of the people.

We are at the threshold of change. But we can’t be stuck here for long. We should not let the opportunity slip out of our grasp as that would be an unmitigated tragedy. If the state fails at this juncture, the vile and the wicked conglomerate would surge back with renewed venom and vengeance. None would be able to escape their ravages as they would pounce upon their afflicters without a thought of letting them walk away.