Covid-19 may be receding, but has left much damage behind 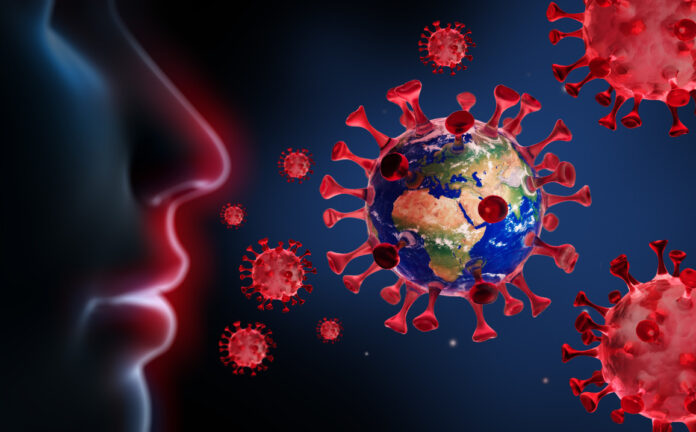 The human race is engaged in a furious battle against covid-19 at present; we hope it will come out victorious. The signs are promising, our sights are set on that welcome time when this entire episode will have become an event in the past. Yet, the aftermath will not be a return to life as it was before. Life after covid-19 will be different in many ways.

After we’ve counted our immense losses, we will– thankfully– be left with the survivors– those who have had the disease and survived to tell the tale. While most of these people will have come through with few or no after-effects, some will bear signs of their battle with the tiny monster that is this virus. These after-effects are likely to last from days to months.

The most common after-effect is persisting tiredness, as with any viral infection. In the case of covid-19 there could also be a cough and shortness of breath, body aches and pain.

The concerning prospect is that the higher rate of depression will lead to a corresponding rise in visits to spiritual healers, along with a rise in questionable ‘cures’, many of which can be dangerous. There is such a thing as a placebo effect. Believing that something helps does sometimes cause the problem to recede, but there is a limit to this. Placebos can not replace medication, professional therapy, exercise, or whatever else is prescribed by a medical professional

Further symptoms which are rare but have been known to occur are some extent of organ damage, such as to the heart, lungs or kidneys. These might take longer to recover from.

There can be other problems, among which could be a struggle to concentrate and depression.

Aside from these larger concerns, there will be a host of small things that might not be painful as the damage to tissue and muscle, but their effects could be stressful. An example is the obsessive compulsive behaviour that many people are likely to be left with such as a fetish for washing much more than necessary, even when normal conditions return.

There is the much larger problem of the setback to schooling, which although remediable, is likely to be a formidable challenge. Schools all over the world have been closed for an extended period, or have faced a succession of on and off periods. It will be hard to get back to regular attendance. And for those children who have had no schooling at all in the off periods, and most children in Pakistan fall into this category because the majority here does not possess the facility to be online, it will be a tough haul to catch up. This will increase the gulf between the haves and the have nots since the haves will be more or less on track with the syllabus, and the have nots will be as usual left far behind.

In households all over the world where parents are simultaneously working from home and looking after children, there will be a battle to wean the children off televisions and phones. Parents have had little choice but to allow children extended screen time while they work. As a result children’s social skills will have taken a hit due to minimal human to human interaction. To give a small example, you do not say ‘please’ to Google or Alexa, but you do say ‘please’ to real people. Go figure.

One of the biggest after-effects of covid-19, and the most distressing, is likely to be depression. Whether or not this is given much attention, and what attention it does receive, is of concern.

It is so everywhere to some extent, but certainly Pakistan’s is a society in which depression is consistently downplayed and even looked upon as a weakness. Because it has no outward symptoms such as a rash or a fever (true of many other diseases), the impression is that depression can be talked or laughed away. Here a person suffering from depression often takes the diagnosis as a hit on his or her courage and ability to cope with the ups and downs of life, or more often as an affront to faith, as if it implies in some way that the person has insufficient faith in God because of which he or she has downed tools and allowed himself to be overcome by depression.

This is as wrong an attitude as can be.

Depression is not a sign of ‘defeat’ or ‘weakness’. It is very real, as much as any illness. And just like any other illness, it needs medical attention, and often medication.

The concerning prospect is that the higher rate of depression will lead to a corresponding rise in visits to spiritual healers, along with a rise in questionable ‘cures’, many of which can be dangerous.

There is such a thing as a placebo effect. Believing that something helps does sometimes cause the problem to recede, but there is a limit to this. Placebos can not replace medication, professional therapy, exercise, or whatever else is prescribed by a medical professional.

In Pakistan it is commonly believed that djinns cause depression. And the treatment, when taken to a ‘spiritual healer’, is very often dangerous.

People are asked to perform strange rituals or drink ‘holy’ waters that may do nothing except put off proper treatment which leads to unwanted consequences and a greater severity of the disease.

There is another example which is a bit not applicable to the above, but it does give an idea of just how misplaced these so called ‘treatments’ can be. Salima, who was suffering from severe depression, was taken for such a treatment by her inlaws. Even though they were Christian, this family lived in Pakistan and the belief in djinns interacting with humans was dinned into them by their surroundings. The girl was prescribed an amulet which she wore around her neck. The amulet came loose one day and fell onto the road, from where it was retrieved by someone who showed it to a mullah. What followed was a nightmare. Salima was accused of blasphemy because the amulet contained the names of Allah written on a scrap of paper. She was lucky that her husband’s employer was a rich man, who in Pakistan can even step in and override charges of blasphemy.

In fact a large segment of the population do not believe in viruses themselves, and are likely as not boosting the practice of shamans and their products all over the country even as we speak.