A day never to be forgotten

The suffering does not stop 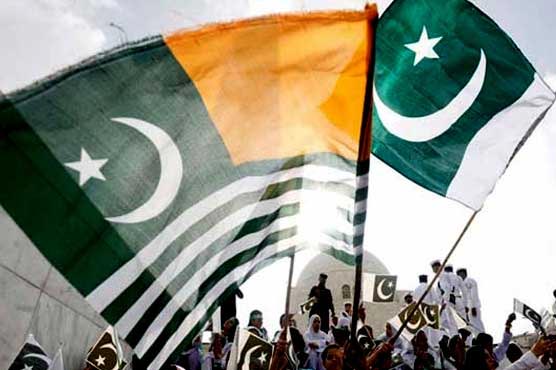 Not only in Pakistan but all over the world wherever Kashmiris live, every February 5 is observed as Kashmir Solidarity Day. This day reminds us that nations could never be sold out like lands. If anyone understands that nations are like transferable properties, he is living in a fool’s paradise. The Kashmir Solidarity Day is a reminder to the world that Kashmiris are a living nation. For more than seven decades, the story of Indian atrocities against the innocent Kashmiris has been going on without any pause and without any interval. Be it 2008 or 2021, the tale of cruelties is the same, but on the other hand the courage and determination of the people of Kashmir is also unshakable.

It is the responsibility of all influential and powerful countries of the world to give a helping hand to the helpless Kashmiris. They must try to make India realize the gravity of the situation so that the sufferings of Kashmiris may come to an end

I could never forget an incident which was reported in the first week of December 2008. That was a dark, cold and windy night. A pin-drop silence was adding fear to the blood-haunted atmosphere of the Valley. Abdullah Khatana, the helpless father of five daughters, heard someone trying to invade his small mud house. He was the Imam of the local mosque of Dandhipora Srinagar. Before he could do anything, more than eight Indian army men of 36 Rashtriya Rifles (RR) were standing in the courtyard of his poor little house, looking at his young daughters with their lusty hungry eyes .As his house was located in seclusion there was no one to save his daughters from the clutches of those barbarian villains. The helpless old father could do nothing to protect the chastity of his innocent daughters but shut his eyes and close his ears. That was really the extreme of a father’s helplessness. As the news about the incident spread in the area next morning, hundreds of people assembled and held demonstrations against the troopers. That was all they could do.

Instead of getting better with the passage of time, the situation regarding human rights violations in the Indian Occupied Kashmir became more horrible. In 2019, People were deeply shocked when they came to know of the slogan introduced by Maj Gen SP Sinha, “Death for death and rape for rape.” He is now a member of the ruling Bharatiya Janata Party after his retirement from the Army. “Balaadkar Ke Badle Balaadkar” (rape for rape) are the exact words he used. In other words, he not only supported rape of the Kashmiri women, but also urged and encouraged the armymen to do so. Unfortunately such morally corrupt and filthy officers enjoy full protection under AFSPA-like draconian Laws. Human rights violation by the armymen in the Indian-held Kashmir has become a routine matter. On one hand the Indian government terms troopers the guards of people, while on the other hand they attack the chastity of Kashmiri mothers, daughters and sisters. The painful story of Kashmir has so many chapters, so many titles; fake encounters, burning of houses and shops, kidnapping, killings in jails and above all the rape of Kashmiri women. The Indian Army deputed in Kashmir is using rape as a war-weapon against voiceless Kashmiris.

The dreamlike charismatic Valley of the Indian-held Kashmir is turning into a land of death and harassment. Not a single moment without fear .No peace, no security. The people of Indian-held Kashmir sometimes feel they are not human beings but lifeless objects, having no feelings and no emotions. The cruelty above all is that the international pseudo-activists of human rights movements never pay any attention to their miserable plight. It might be because the most of the Kashmiris are Muslims and according to the Western book of rules and regulations, no Muslim needs sympathy. They seem misguided by the notion that the Muslims are nothing but terrorists.

It is the helpless of the people of Kashmir who are unable even to raise their voices in protest against Indian atrocities. Those who raise their voices against the Indian cruelties have to face inexpressible torture and turmoil. They are pushed into dark and narrow prison cells without any reference or record. Their families are most of the time unaware of their being in the custody of the Indian Army. It has also been reported that such protesters are so inhumanly tortured that they very often lose their lives. Recently it was exposed by the Human Rights Commission that the Kashmiri prisoners are leading the worst life in different jails of India.

Kashmir is a continuous bone of contention between Pakistan and India. The confrontation on this issue is destroying peace of the whole of South-Asian region. The two countries are always in a state of war just because of the Kashmir dispute.

The government of Pakistan has always been eager to settle the issue through negotiations and table talk. So many confidence building measures have been suggested to the Indian authorities but India never showed any positive gesture in this regard. Whenever there is a peace process going on between the two countries, India tries to disrupt it with the help of some terrorist activity. The basic purpose behind this disruption is to keep Pakistan away from the demand of peace and prosperity of the Kashmiri people.

It is the responsibility of all influential and powerful countries of the world to give a helping hand to the helpless Kashmiris. They must try to make India realize the gravity of the situation so that the sufferings of Kashmiris may come to an end.

Ali Sukhanvar
The writer is an Associate Professor of English at Govt College of Science, Multan