The decision was announced on an appeal from the Sindh government, requesting the top court to review its order of acquitting the suspects 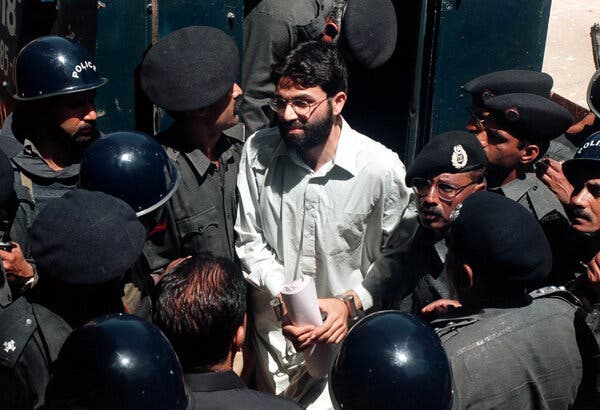 ISLAMABAD: The Supreme Court (SC) on Monday extended for 24 hours the detention period of the principal suspect in the 2002 murder of Wall Street Journal reporter Daniel Pearl.

On Thursday, a three-judge panel quashed 18-year-old murder convictions against the four suspects, including British-born Ahmad Omar Saeed Sheikh. However, kidnapping convictions were left in place, but the men were ordered freed as they had already served out sentences for the kidnapping charges.

The Monday’s decision was announced on an appeal from the Sindh government, requesting the court to review its decision.

During the proceedings, the court sought the case record from the Sindh High Court (SHC) and served a notice on Attorney General of Pakistan (AGP) Khalid Jawed Khan.

Khan, during the course of the hearing, informed the court that the high court had ordered the release of the suspects without considering a petition of the federal government.

In December, the SHC set aside the Sindh government’s detention orders for the men set free in April by its order.

“The federal government has not been made a party in the Sindh High Court [case involving Pearl],” Khan said.

He requested the apex court to suspend the high court’s decision so that he could argue the case in detail. But the court refused to entertain the request.

“Let’s hear the government’s position [in the case] tomorrow,” the bench said. “It [the government] should tell the court how can a citizen be detained [in violation of court order of his release].”

The hearing was subsequently adjourned for a day.

Pearl, 38, was abducted on January 23, 2002, in Karachi and beheaded the next month, reportedly by Al-Qaeda. Sheikh had been convicted of helping lure Pearl to a meeting in Karachi in which he was kidnapped.

Prior to his kidnapping, the journalist had been investigating the link between reportedly Pakistan-based militants and Richard Reid, the notorious “Shoe Bomber” who attempted to blow up a flight from Paris to Miami with explosives hidden in his shoes.

In July 2002, following the hearings, an anti-terrorism court (ATC) in Hyderabad had sentenced to death Sheikh and life term to other co-accused. However, all four convicts had moved the SHC in 2002 challenging their convictions.

In his autobiography, In the Line of Fire: A Memoir, former president Pervaiz Musharraf had claimed that Sheikh, a student at the London School of Economics (reports suggest he did not graduate), was hired by MI6 to engage in “jihadi operations”, adding that “at some point, he probably became a rogue or a double agent”.