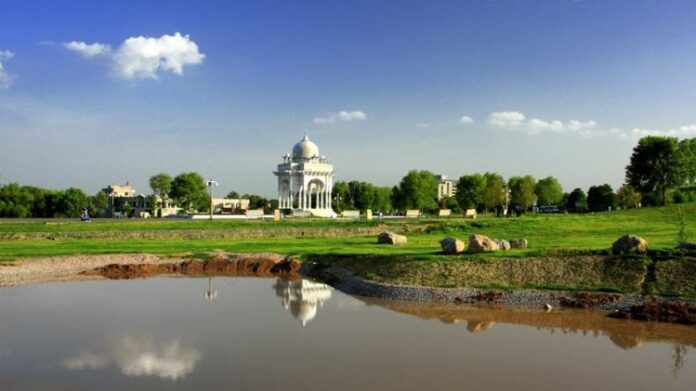 ISLAMABAD: World’s one of the lushest green capitals with a proliferating green cover, a biodiversity-rich national park with unique wildlife species nestles a plethora of amusement parks for recreation and leisure time.

The plentiful charm of Islamabad’s parks and fecund gardens give an eye-pleasing view along with striking scenery for a healthy time spent, an opportunity to forget the pains and vagaries of life, to the residents of twin cities of Rawalpindi and Islamabad.

Islamabad has well-maintained parks on one hand and picturesque Margalla Hills National Park with hiking trails on the other. Its parks ensure that its dwellers and visitors to be never far from nature.

According to data released by the Capital Development Authority (CDA), parks in Islamabad cover an area of approximately 85 square miles, which is almost just as big as the urban area at present.

The Metropolitan Corporation Islamabad (MCI) and Capital Development Authority (CDA) are responsible for their planning and maintenance.

CDA spokesman Mazhar Ahmed said that Islamabad was home to the best parks in the country with lush green sceneries if somebody wanted to spend some quality time with his family and kids adding that CDA was in charge of their preservation and maintenance.

He said Islamabad had many beautiful parks, but the most favourite park of the city dwellers was indeed Fatima Jinnah Park, also known as F-9 Park. “It is one of the most beautiful and most visited parks of Islamabad situated in sector F-9,” he added.

The park offers endless discoveries for people who love natural beauty. It is mostly covered by greenery, with a few man-made structures and landmarks.

The park includes a sports zone with a swimming pool and tables for table tennis and snooker. The park also includes facilities for bowling, arcade games, laser tag, and other games; areas for fast food, dining and shopping.

He said that another most visited park was Lake View Park which was a paradise for the residents of Islamabad as well as the foreigner tourists.

The park was constructed alongside Rawal Lake, which was an artificial reservoir that fulfilled water needs for the cities of Rawalpindi and Islamabad, he added.

Rock climbing, paintball, quad motocross, car dodging, scooter boats and speed boats are some of the adventure sports to do in Lake View Park.